Clothes, and more importantly style, are at the heart of skinhead. The fashions change but the basic style remains - more or less. Moonstomp is set in 1979, much closer to original skinheads of the late 60s than we are now to the skinheads and punks of 1979. The look in 79 was much more Harrington, toniks, decent shirt, and looking smart than the scruffs that were thrown up in the early 80s.

The clothes in Moonstomp are accurate, they're what I was wearing myself. Brutus shirts, with their 3 finger collars are mentioned plenty. It's often forgotten in interweb skinhead bickering that different areas had different looks. No-one had the top button of their shirt done up.

There was no interweb in 79 so people went by memory, what was in an older siblings wardrobe, what they could pick up second hand, and from what they could glean from the New English Library yoof cult novels, not that Richard Allen actually had much of an idea. Moonstomp is happily written in the style of the New English Library classics. Here're a few exerts from Richard Allen novels...

'Union shirt - collarless and identitical with those thousand others worn by his kind throughout the country; army trousers and braces and boots! The boots were the most important item. Without his boots, he was part of the common herd - like his dad, a working man devoid of identity. Joe was proud of his boots. Most of his mates wore new boots bought for a high price in a High Street shop. But not Joes. His were genuine army-disposal boots; thick-soled, studded, heavy to wear and heavy to feel if slammed against a rib.' 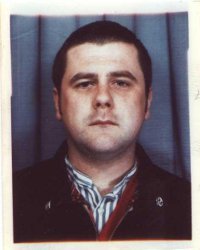 '"Joe, may I say something honestly?"
He gestured with a generosity he did not feel.
"Those socks ..." She shuddered visibly. "Must you wear them so loud?"
"Loud?"
"Orange!" The word came spitting from her mouth.
"I like 'em. I've got others brighter than these."
"Lord..."' 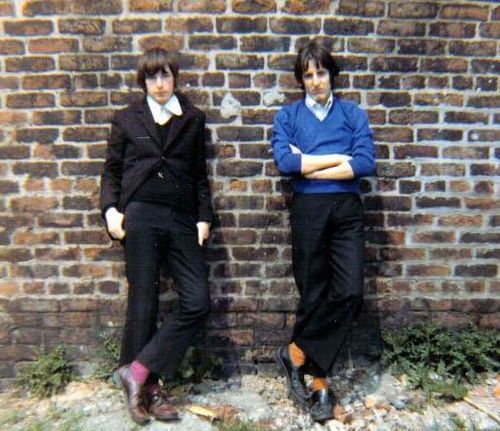 'Joan stared at the bloke. He looked right - suede hair, long-collared shirt, bright braces, electric green socks, Squires, flares and sheepskin. His face had the crooked smile of self-confidence, eyes flashing a warning of what he eventually wanted from a bird.' 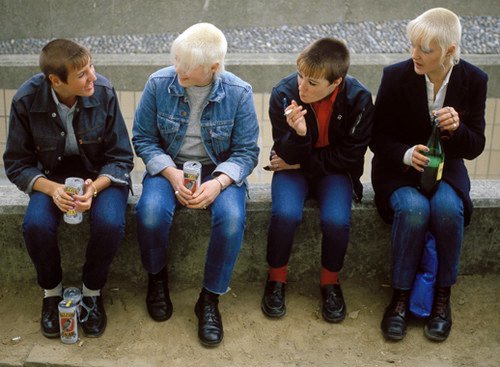