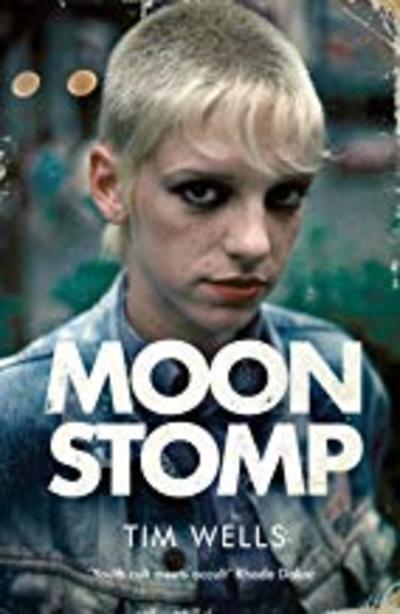 Howling back to the days when we used to pass the Skinhead and Hell's Angels books around school, and watched Hammer Horror films at home on our black-and-white televisions, Tim Wells has written a fiendish tale of a skinhead werewolf rampaging through London in 1979. Being a sharp-dressed lad (still), the clothes and music are spot on. Snap up a copy before it bites your hand off. John King, author of Football Factory, Human Punk, Skinheads, and more.

Skinheads and werewolves and reggae and boozers, lager and kicking in fat city losers, Punk rock and Sta-prest when Lene she sings. Tim Wells has written a novel about a few of my favourite things... You can feel the sticky floors of the gigs and the sweaty menace is tangible as you read Tim Wells’ swaggering prose. This is no rose tinted amble down memory lane. The landscape of his world is a London that was swallowed whole by the eighties. For a book so full of life, there’s a lot of death in it as well. Beautiful. Brutal. Brutus. It’s got the lot! Phill Jupitus

1979: punk, reggae, boots, braces, and button down shirts. The full moon rises, a skinhead’s sideburns grow. Packed full of music, style, and bovver, Moonstomp is the written in blood story of a teenage skinhead who’s also a werewolf. Aggro on the streets of London has never been like this.

This pulp novel is in the style of the 70s skinhead/Hell’s Angels books churned out by the New English Library, books that were passed round school such as Skinhead, Suedehead, Chopper, and Speed Freaks.

Tim Wells was a crop headed yoof that saw the bands, bought the records, and looked sharp. He’s still got an overflowing shelf of 70s pulp classics and sports Brutus button down shirts and knows how to shine his brogues.

Film by Guen Murroni
Music by Shocks of Mighty!