A relentless portrait of a family on the brink of chaos, as they struggle to care for each other under the weight of fear. 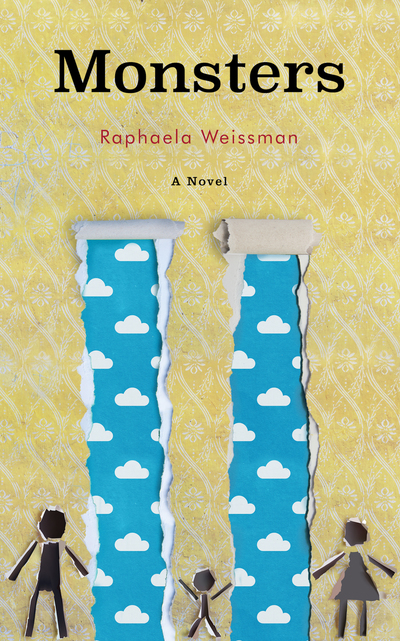 Fiction | Women
You made Monsters a reality. It's available in all good book stores now.
$8
30 pledges

Monsters is the story of a family falling apart as they struggle to care for each other under the weight of fear. Every evening, Annie and Paul Mayfield and their son Thomas sit together in the seething silence of their Brooklyn apartment, still haunted by the memory of the attack on the Twin Towers a year earlier. The nights are plagued by Thomas’s vivid nightmares, Annie’s unexplained sleepwalking, and Paul’s growing paranoia as he fears the deadly implications of their disquiet. At eight years old, Thomas is eerily serious, and precocious to the point of premature adulthood. He also lives in fear— of his parents’ unexplained behavior, the monsters he imagines are hiding everywhere and can take on any form, and the uncertain world he inhabits in his own room.

Peter Mountford, author of A Young Man's Guide to Late Capitalism and The Dismal Science, calls Monsters "haunting and beguiling." As frank and painful as a family dinner, it's a relentless portrait of three people on the brink of quiet chaos.