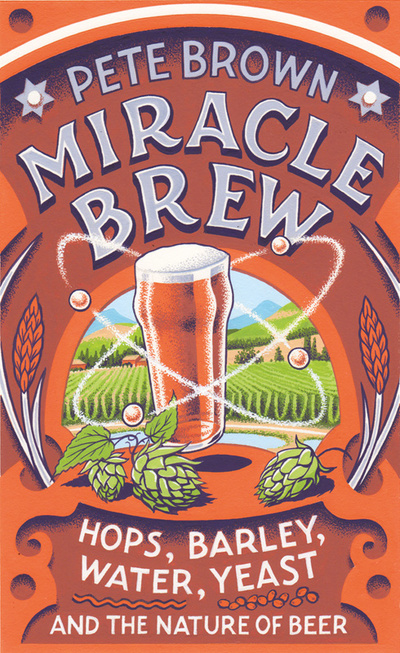 Food & drink
You made Miracle Brew a reality. It's available in all good book stores now.
$8
108 pledges

Drink with a friend

Lunch, and beer of course, with the author at a central London location, plus signed 1st edition hardback, ebook edition and your name in the back of the book
$3,750  + shipping

Your pub or brewery's name and logo listed as a Patron at the front of the book, plus 20 signed copies for you to share with your clients and friends

Beer is the most popular alcoholic drink on the planet, but very few people have any idea what it is made of. We all know that wine is made by fermenting pressed juice from grapes, and cider comes from pressing apples. But what about beer?

Beer is traditionally made from four natural ingredients: malted barley, hops, yeast and water, and each of these has an incredible story to tell.

From the Lambic breweries of Belgium, where beer is fermented with wild yeasts drawn down from the air around the brewery, to the aquifers below Burton on Trent, where the brewing water is rumoured to contain life-giving qualities, this book will tell the full story behind the amazing role that each of these fantastic four has to play. It will travel from the surreal madness of drink-sodden hop-blessings in the Czech Republic to Bamberg in the heart of Bavaria, where malt smoked over an open flame creates beer that tastes like liquid bacon. It will explore the origins of fermentation, the lost age of hallucinogenic gruit beers, and the evolution of modern hop varieties that now challenge wine grapes in the extent to which they are discussed and revered.

Along the way, we’ll meet and drink with a cast of characters who reveal the magic of beer, and celebrate the joy of drinking it. And, almost without noticing, we’ll learn the naked truth about the world’s greatest beverage.