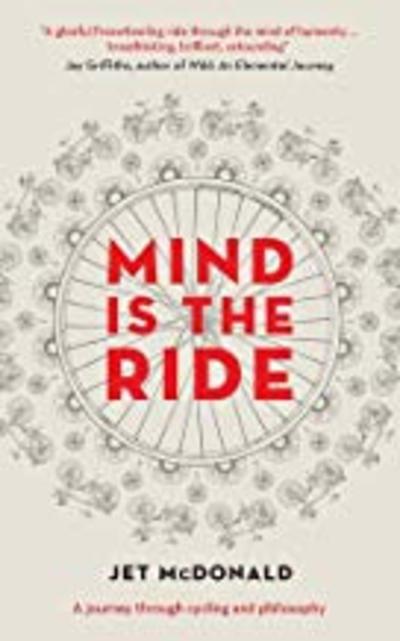 The book is far more than the story of a bicycle trip from Bristol in the UK to the southern tip of India, it is also a journey from Western to Eastern philosophy and how this informs the everyday experience of riding a bike.

Mind is the Ride takes the reader on a physical and intellectual adventure by bicycle, interweaving philosophy into the cyclist’s experience, using the components of a bike as a metaphor for that experience. It comes with the backing of Boneshaker magazine, a perfect-bound, design-led publication celebrating the human side of cycling, distributed in twenty seven countries.

Each chapter is based around a single bicycle component. As each part is added, the story of the trip from west to east is furthered and a philosophy of mind from west to east is developed. By the end of the book the bike is “built”, the ride to India completed, and an understanding of the relationship between mind, body and bicycle made explicit. Each stage will be realised with an illustration of the component and the growing bike using the same hand crafted attention to detail and love of design that Boneshaker is famous for.

Zen and the Art of Motorcycle Maintenance has been mentioned in comparison but “Mind is the Ride” has its own unique character. It is the pedal powered antidote to the petrol driven philosophies of the past. The age of the “travelogue” is over. We have travelled to the furthest limits of the world and hit the buffers. “Travel” and “Culture” are cast aside like supplements in the Sunday papers. We need to travel inwardly to see the world afresh. Mind is the Ride is that journey, on a bicycle.