You wait two years for a funding round to complete, then two close at once 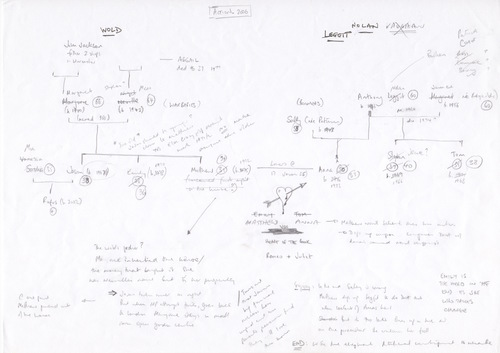 For the last couple of years, as you all know, I’ve been slowly but steadily raising the funds to publish Midland with Unbound. Thanks to your incredible kindness, patience and support, that day is finally here. It’s been one of the toughest things I’ve ever had to do, has taken twice as long as I thought it would, and has shown me what an incredible set of friends I have out there.

Thank you, all of you. You’re a very special group of people. Every pledge has meant so much. Times are incredibly tough in the publishing industry right now, as I’m sure you’re well aware. Many, many great writers and journalists are facing real crises in their careers. A pledge for an Unbound book is not just a pledge for me, it is a pledge for a new business model that can help writers and artists of all shades adapt to the financial realities of life in the internet age.

And we’ve done it. We’ve raised the money to publish Midland. Save for a final polish, which I’ll be doing sometime within the next couple of months, the book is complete. As I’ve said to most of you individually already, I do hope you like it when it comes. I poured everything I had into it, and I really do think it is my best book to date.

It has been a risky book too. Previously, I always crafted a careful plan and a plot for my books before sitting down to write them. Midland was different. I wanted to write a novel that flowed from the characters, not from some pre-ordained map of events - a map which always somehow seemed to stifle the characters' ability to grow as believable people as the story got coloured in. So with this book, I tried a new approach. From beginning to end, during the ten years that I wrote it, my only plan was one single page of A4, pictured at the top of this post: the family tree of the Wolds and the Nolans.

Details were tweaked here and there, names, dates and connections were adjusted and altered, but that was the whole outline, and beyond that the outline never altered. The book you’ll read sometime next year grew out of that one page, which was pinned on the wall above my computer for an entire decade. From this small square patch the whole book sprouted, much like the plants in my mothers’ Warwickshire garden: planted, nurtured, oftentimes pruned, sometimes dying, occasionally giving way to wild plants and weeds, but eventually coming together as a coherent - and I hope resplendent - whole.

Well, of that, you will be the judge. That next stage in the book’s life belongs to you. In the meantime, as some of you will know, I’ll be getting involved in another project. Not a book (though there are more books in the pipeline), but a start-up. Because while I’ve been raising the money for Midland, I’ve also been raising money for Hospify, a secure messaging platform for healthcare that hopes to revolutionise the way doctors, nurses and patients communicate.

Just this week we’re completing a seed funding round for the company, and next week we start a regional trial in the West Midlands with the Unison public sector union (yes, more Midland connections). All this won’t be formally announced for another week or two yet, but you can visit hosify.com/news if you’d like to find out more about what we’re up to. As for Midland, I'll be posting more updates here as the book gets prepared for printing, so keep an eye out for those.

Congratulations James - on both fronts! Really looking forward to the book, which has been a massive labour of love - 10 years is an amazing effort. And good luck with hospify - you deserve it to succeed. And let's have a beer soon.

Looking forward to celebrating with a Satan's Whiskers Manhattan, or two :0

Congratulations, Jim - whew! A long haul, but virtue (?) rewarded in the end. Writing without an outline -- the literary equivalent of flying without a net. You're a braver man than I am, Gunga Din.

Congratulations. I'm interested that you place both book publishing and journalism in a similar position. It seems to me that, thanks to the likes of Unbound and to ebook self-publishing, fiction and long-form non-fiction writing may be doing better at finding new funding models and exploiting the benefits of new technology. With news journalism things seem less rosy. If it took two years to crowdfund a news story it would be more like history by the time it was published. Good luck with the next stages of both your current projects.

Thanks all of you for all those comments. I second all them (and definitely yes to the beer, Terry, and Satan's Whiskers, Derek. I'm totally there for both of them - on me this time!)