On becoming an object of study

It’s official. I’m now an object of academic study - or at least my last novel, The Book of Ash, is. This honour has been bestowed upon me by scholar Dan Grausam, whose paper on Ash has just been published by Edinburgh University Press in a collection titled Cold War Legacies: Systems, Theory, Aesthetics. 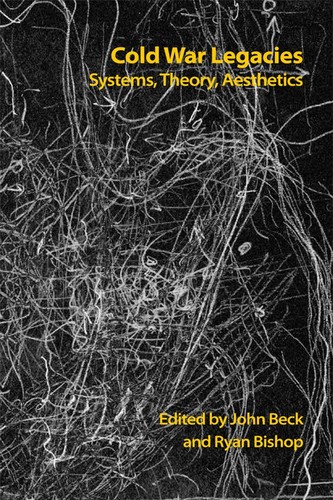 The paper is based on a talk Dan originally prepared for an Arts Catalyst event back in 2014, an event I attended, putting me in the unusual position of being both subject and audience and affording me the singular pleasure of being able to both ask and answer questions about myself. (Obviously I do this in private all the time.)

Before I invite accusations of indulging in public displays of intellectual onanism, I should probably point out that I was not the only item on the agenda that day. The event showcased a whole range of engagements with the atomic and was in its way a progenitor of the Arts Catalyst’s “Material Nuclear Culture” summer programme which I’ve mentioned in this blog before.

Partly thanks to that talk by Dan I was invited by Ele Carpenter, curator of both the 2014 event and this year’s summer programme, to participate in the latter by interviewing author Julie Salverson at the Arts Catalyst HQ in London’s Kings Cross earlier this month.

Salverson is a well-regarded Canadian playwright and librettist. Her new book Lines of Flight is billed as an “atomic memoir” but to my mind is more a meditation on the nature of apology and guilt. It starts out with the role that Canadian uranium mining played in the Manhattan project and thus the bombs dropped on Hiroshima and Nagasaki and moves on to Japanese responses to the bombing and other countries’ response to Japan’s own war crimes during WWII, all filtered through Salverson’s own relationship difficulties and the abuse she suffered as a child.

The approach is unusual but it works, and I found the book very powerful. Salverson begins with her attempts to help members of the Dene Nation - the aboriginal community of Déline, Canada - both communicate and come to terms with the damage done to them by the radioactive and cultural legacy of wartime uranium mining.

Beyond the facts of the situation Salverson’s self-examination of her liberal humanitarian motives is forensic but unremarkable; we’ve been here before. The book really comes into its own when she follows a Dene delegation to Hiroshima and records its attempts to apologise to the Japanese for the role the community’s uranium extraction played in the damage caused by Fat Man and Little Boy.

Here things rapidly complexify. Previously well-designated moral boundaries start to splinter as both Salverson and the delegation are forced to confront the different functional role that guilt and responsibility play in Japanese culture alongside Japan’s own behaviour in the war, behaviour that stems from its classification of other races as sub-human and which includes not only the harsh treatment of prisoners of war (well publicised through films such as The Railway Man, Bridge over the River Kwai, and Merry Christmas, Mr Lawrence) but the systematic rape both of the city of Nanking and of the hundreds of thousands of “comfort women” imported from around the Pacific rim to staff brothels for Japanese soldiers.

Salverson’s journey into night culminates in the Boschian nightmare of Unit 731, a monstrous human experimentation facility set up by the Japanese in Manchuria whose existence I have to confess was previously unknown to me, but whose activities match and even exceed the horrors perpetrated by the notorious Nazi Dr. Josef Mengele. I won’t go into detail, not least because I don’t think I can bear to; if you feel able to learn more there is a wikipedia page on the subject here.

Suffice it to say that up to 250,000 people, mostly Chinese, were experimented upon and killed in Unit 731 in the most hideous fashion imaginable. But even still the morality of the war does not become clear, at least in relation to the dropping of the atomic bombs, as instead of being tried for war crimes the researchers involved in the Unit and others like it were secretly given immunity by the U.S. in exchange for the data they had gathered on the extremes of human suffering.

Attempts to get Japan to make a formal apology for these crimes have proved as tortuous and labyrinthine as attempts to get the US to apologise for Nagasaki and Hiroshima (let alone apologise for or admit to the exoneration of those responsible for Unit 731), and Salverson's attempt to map some kind of landscape of sense of it all leads her into a hall of mirrors like that constructed by J G Ballard’s bomber pilot in his haunting short story The Assassination Weapon (also incorporated as a chapter into the novel The Atrocity Exhibition), which I first came across aged 16 and which remains perhaps the single most evocative piece of fiction I have ever read.

To Salverson’s credit she doesn’t try to formulate an exit from this “trap for time”, as Ballard described it. Instead she follows a line of flight that leads her inwards, into her past, into her fraught relationship with her alcoholic parents and abusive grandfather, and ultimately into a zone of acceptance in which she feels able to stare without emotion at her own neuroses and the horrors of the twentieth century and put them in some kind of objective context.

In this way Lines of Flight shares something with Haruki Murakami’s towering classic The Wind-Up Bird Chronicle, and left me feeling much the same way as that book did. Do check it out if you can. It makes for a thought-provoking - and uncomfortable - read.