My Dad, the Midlands and Muhammad Ali 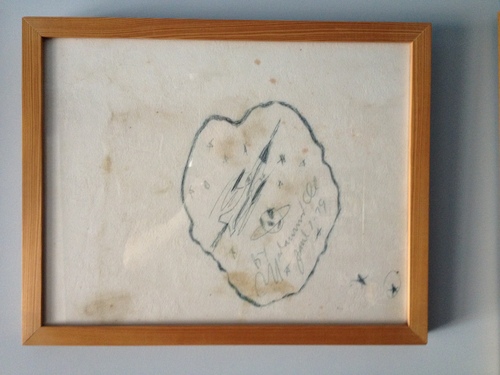 My Dad was quite the man about town in Birmingham back in the 1970s. A go-getting solicitor (no, it’s not a contradiction in terms), in 1973 he’d been Chairman of the National Young Solicitors Group of the Law Society, a member of the Lunar Society, and a founder member of something called the International Advisors Group. Both of these involved much socialising, in addition to which he attended all kinds of civic and industry events in order to meet potential clients and drum up work for his firm.

This meant endless lunches and dinners, and although Birmingham back then wasn’t quite comparable to 1960s Madison Avenue, there are a quite few parallels (primarily alcoholic ones) between Don Draper’s Madmen lifestyle and the one my father lived.

Sometimes I used to think he went out to dinner for a living, and indeed, a few days before he died in 2008 he did say to me that his biggest regret as a father was having spent so many evenings away from home building his business when my sister and I were young.

This should have cued a teary moment of nostalgia and regret, but although it has made me determined to be very present in the lives of my own children, actually my sister and I rather enjoyed the evenings Dad was out, as we got told off less and our mother generally let us sit up and watch Dallas. (Something which, in case you’re wondering, I wasn’t heartless enough to point out to my father as he lay on his deathbed.)

There were other fringe benefits too. All the driving Dad did to all of those dinners was converted into Smurfs, which were given away at petrol stations and would appear at home at random intervals. Often there were more exotic freebies too, given away by generous hosts: propelling pencils and penknives and credit-card sized solar powered calculators (those last were amazing pieces of tech for the era, the equivalent of getting a free smartphone today).

But nothing compared to the evening that Dad showed up with a picture that had been drawn by Muhammad Ali.

Ali had come to Birmingham to take part in an exhibition match with Jimmy Ellis, and during his three days in the city had attended a dinner held in his honour. All the West Midlands’ great and the good were there - it must have been one of the years’ hottest tickets - and my Dad had been invited.

I’m not sure if he’d actually been sitting on Ali’s table, but he had been close enough to observe the champ at close quarters and spot that he’d spent most of the meal sketching something on the tablecloth alongside his plate.

Ali was of course one of the most famous people in the world then, perhaps the most famous if you were ten, which I was. No doubt feeling guilty that he was there enjoying himself while his deprived young son was stuck at home (watching Dallas), when the meal was over and the plates were being cleared Dad sidled over and had a look to see what the boxer had been drawing.

Amazingly it was a little picture of a Dan Dare rocket ship flying past a ringed planet. The champ had even signed and dated it. The organiser of the event had seen it too, and asked if my father would like to take it home for me. Which is how I come to have a framed picture by Muhammad Ali, biro on linen with original gravy stains, hanging above my desk right now. I’ve included a picture of it so you can see.

And that is the story of my Dad, the Midlands and Muhammad Ali.

Then a few years later the old soak got to spend an entire charity dinner sitting between David Bowie and Iman. And that really DID piss me off. Didn’t get me a bloody autograph from that one, did he?