Midland launched on the Thames

well, the long journey that began back in January 2006 is finally over. The Midland paperback was launched on Friday night from Pier House, the beautiful little community centre belonging to Hermitage Moorings, constructed on a pontoon just east of Tower Bridge.

Friends and family gathered to eat sushi and raise a glass or three, and the incredible Harry Harris came all the way from Edinburgh to perform his songs Whale and Stag, which was really very special (the video of the latter is attached to this blog post). 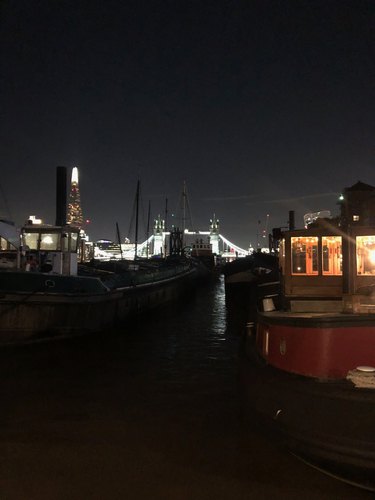 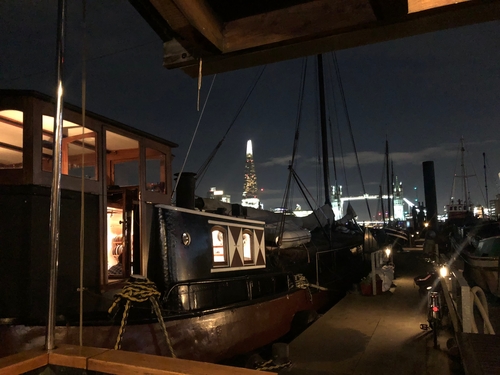 My wonderful editor Rachael Kerr (who'd blown out her own Burns Night dinner to be there!) gave a little speech and read out the glowing review we received on Friday morning from the Daily Mail, and I gave a couple of short readings from the Whale and Stag sections to dovetail with Harry's songs. 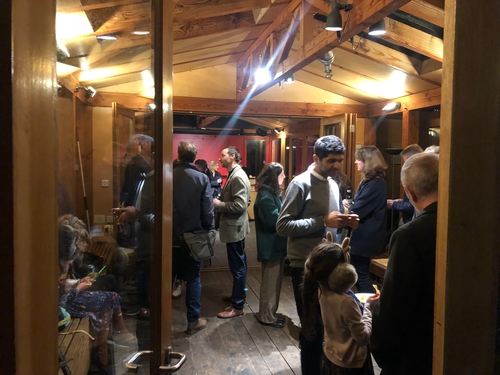 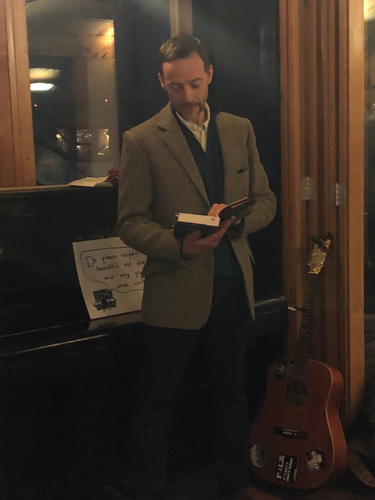 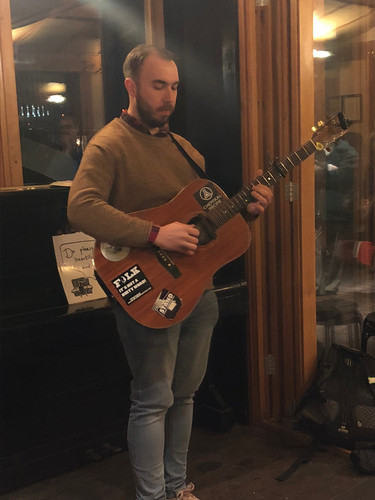 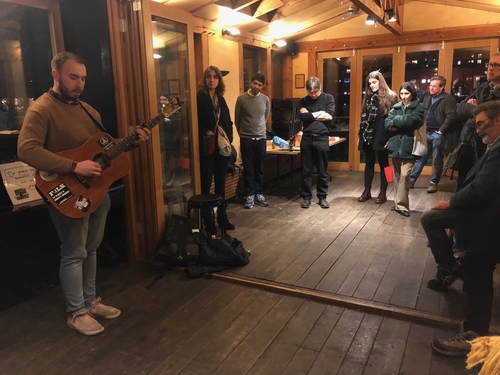 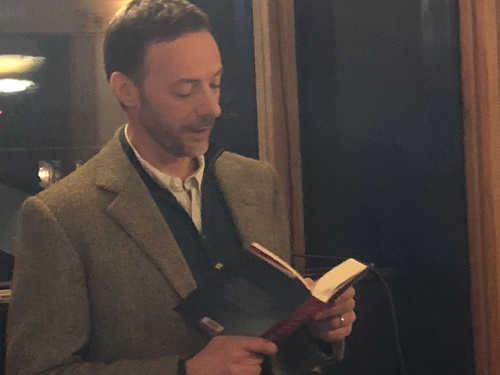 Oh, and my children gave me a version of the book that they'd made themselves, and got everybody to sign. 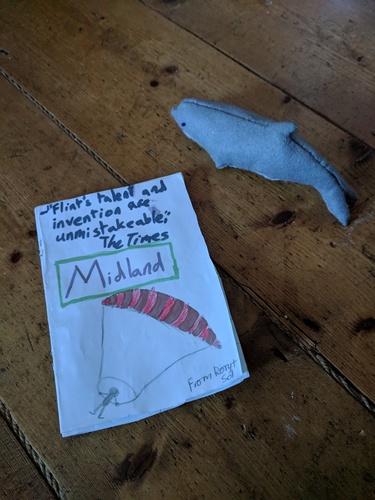 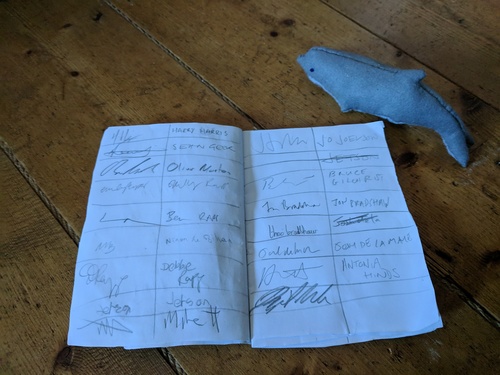 (The little stuffed bottlenose was made by my eldest daughter - it was my Christmas present!).

All in all the party was small but perfectly formed, rather like the book itself, if the somewhat amazing reviews that started coming in last week are to be believed. The publicity team at Unbound has organised something called a Book Blog Tour, which is a new one on me - this didn't exist as a thing when I last published a book back in 2004. Reviews with various well-regarded book bloggers are placed during the weeks around launch, to help spread the word about the publication online. And these have been exceptional. 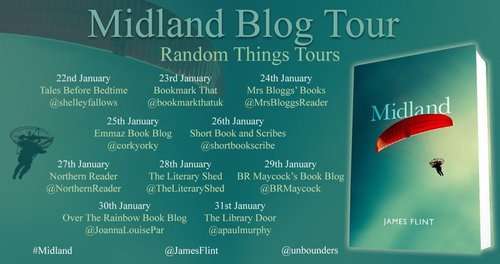 Tales before Bedtime said Midland was “absolutely stunning”. Emma’s Book Blog called it "a masterclass in storytelling”. The Literary Shed described it as “a masterpiece of control”. According to the Northern Reader it's "A superbly written book, reflecting an impressive understanding of people and their motives." And the aforementioned Daily Mail noted that “Flint writes beautifully and in defiant contradiction of character ‘journeys’ and neat resolutions.” Which I personally thought was very perceptive of them.

That was five out of five thumbs up from the first five reviews, three of which were also posted on Amazon, an incredible start to the novel's life out there in the wide world.

It's even had its first read in the southern hemisphere: my next door neighbour, the musician Michael Hodgson, aka Sixteen Sunsets (whose album Misled Convoy is available on Spotify and who I have to thank for the photos of the launch posted above) took it on holiday to New Zealand over Christmas, and read it on the beach: 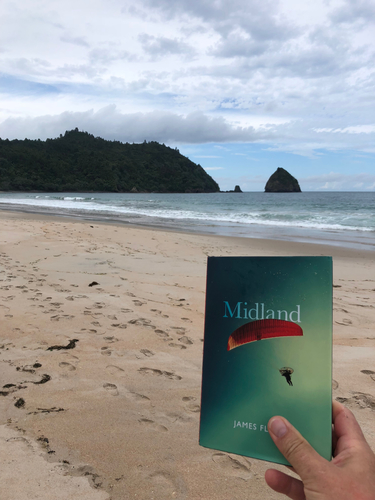 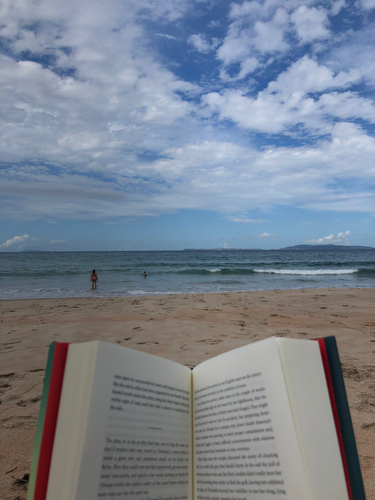 So, God speed, Midland. I wish calm seas and strong breezes to you and all who sail in you. Far may you journey, well may you prosper, long may you live.

Here's my own humble opinion of Midland as posted on librarything.com:

Anyone writing a novel about the connections between a couple of families rooted in the English midlands, and reflecting the mores and obsessions of the times through which they live, inevitably risks comparisons with George Eliot's Middlemarch. In my view, James Flint's Midland (which I supported through the crowdfunding model of its publisher Unbound) could survive a few rounds in a metaphorical boxing ring with Middlemarch, and emerge with honour and points scored, even if not the ultimate victor. The puritanical part of me may have been a little uncomfortable with the high amount of illegal drug taking (pun intended), whilst acknowledging this to be just as much a part of the milieu in which the book is set as are bankers with flash cars and the financial chicanery that led to the 2008 crash. Banking, you may recall, was also a feature of Eliot's great nineteenth century novel of provincial English life. What she did not go in for (so far as I can remember) is to draw her novel towards a close with a melodramatic series of events of an intensity - and one might suggest implausibility - now commonplace in TV soap operas and continuing dramas like Casualty. For, without giving, too much away, the casualty department is indeed where this novel ends up, not to mention a fight in the hospital waiting room, shocking revelations from the past, and a literal collision between the Wold and Nolan families. Midland was something of a marathon effort, twelve years in the making, but it finishes with a highly dramatic sprint.

Thanks David - that's a fine review, and it's only taken me a year to spot it on my blog post! I'm really glad you enjoyed the book so much, and I'm flattered by the comparison with the esteemed George Eliot... whose Middlemarch is one of my personal favourites and was of course part of the inspiration for Midland.