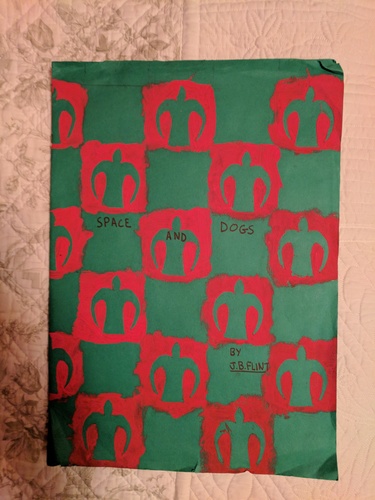 I know, I know, I haven't posted for a while. I've been very fully occupied getting Hospify up and running now that we've closed seed funding and pushing on with my machine learning course, about which more at some point in the not-to-distant future, though the future never seems very distant, these days. In fact, it seems like it's been here for a while.

But in the midst of all that, book stuff has been happening. I spoke to my lovely editor Rachael today; she's nearly finished her notes on the latest draft, and once I've got those I'll be taking a few days out some time in November to work through them and put the finishing touches to Midland. I'll also be trying to sort out dates for the launch party (September 2018?) and for next year's crazy paramotoring trip, to be attended by the select few of my pledgers brave (or foolhardy) enough to sign up for that option.

While Midland has been gently percolating there has also been a little bit of activity around my first novel Habitus. In a pleasingly circular turn of events, my editor - the aforementioned Rachael - did the publicity for Habitus way back in 1998 and now, nearly two decades later, her efforts and mine long since mere marginalia in the annals of publishing history, out of the blue I recieved a rare piece of Habitus fanmail: an email from a young French music composer who'd read the book a few years back when still a teenager. It had stuck with her and inspired her to write a piece of music, which she wanted to share with me. It's pretty good, so in turn I'm sharing it with you. You can listen to it here. Look out for the name Yannis le bègue. Could be a rising star...

A couple of weeks before that pleasant surprise I'd been back in the Midlands running a trial for Hospify. I stayed at my mother's place a few times - she still lives in the area in which Midland is set - and while I was there she handed me something she'd found in the bottom of a wooden chest while having a clear out.

It was a school project I'd done when I must have been around the same age my own kids are now (six and nine). I recognised it when she gave it to me, but until then I'd had absolutely no memory of having done it at all. What is completely extraordinary about it, though, is that it covers precisely the theme of Habitus, which I wrote in my twenties. To wit: space and dogs, as you can see from the photo of the project's cover at the top of this post.

Obviously the combination of space and dogs appealed to me as a child, appealed to me in my twenties, and - I guess - still appeals to me now. I'm not sure why that should be. But clearly my subconscious was dictating my actions during both of these publishing projects. Here, for example, is a picture from the school project: 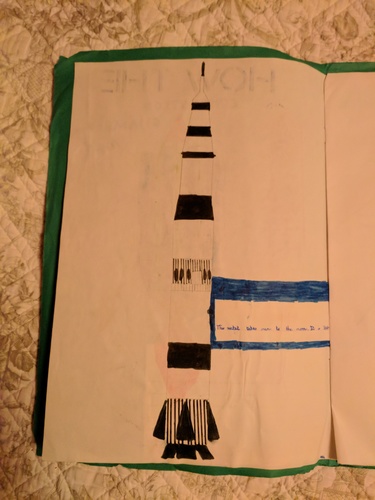 and here is a picture from Habitus. 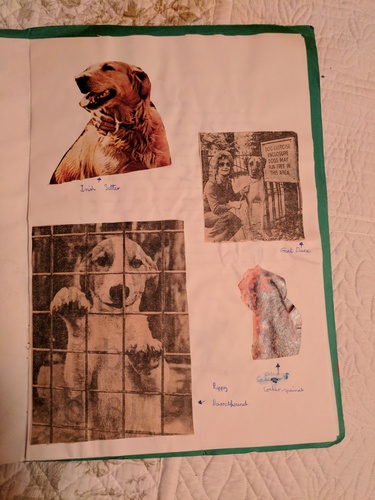 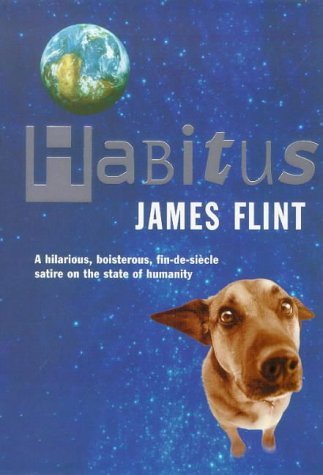 I didn't design the cover of Habitus, of course; but nor did the designer see my school project which, strangely, despite being all about space and dogs, does not mention that most famous of space dogs, Laika - or indeed any of the dogs that went into space. (In case you haven't read it, Laika is one of the main characters in Habitus. Perhaps that whole book was my way of making up for the glaring omission I'd made, many years before).

All very odd, all very peculiar, and all proof - if any were needed - that very little of what we write or, indeed, of what we do, comes from our conscious mind at all. But none of this is as peculiar, I think, as the last detail, the final concidence. There was another cover of Habitus, the hardback cover, a poster of which is hanging behind me right now on the wall of my office. This was designed by the hugely talented Josh On, a great designer and great friend whose name is included (twice!) among the list of the pledgers for Midland. Josh hadn't seen my school project either, hadn't seen the red and green potato print checkerboard that my six-to-nine-year-old self had for some unfathomable reason decided was appropriate window dressing for a book about dogs and space.

And yet this is what Josh came up with, for the original cover of Habitus. 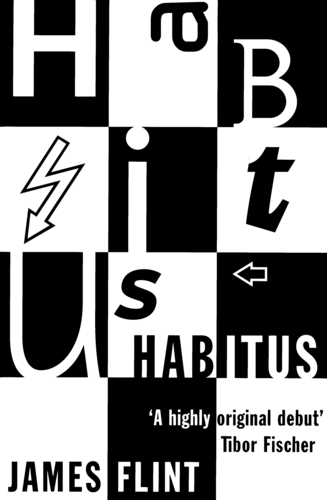