Click here for prescience (with free shipping till Sunday)

I’ve been thinking about prescience recently. Or maybe that should be: I was thinking presciently some time ago.

One of the two. Or both.

Two events combined to trigger this. The first was a cocktail-fuelled conversation with the latest maniac - ehm, I mean Midland supporter - to sign up for my crazy-arse “come fly with me” parajet funding option. He lives in New York, and after the third Manhattan the conversation came round, as it does, to Elon Musk and, specifically, to whether or not Elon Musk is, basically, a complete chancer.

The outcome of this chat is not relevant here, but during during discussion of Musk’s Hyperloop concept and his Boring Company, I was reminded of a weird piece of underground railroad trivia I came across when living in New York myself and researching Habitus back in the pre-Internet dark ages of the very early 1990s.

In those heathen times you had to actually to go to a library to find out shit, and perusing the dusty shelves of one such institution in Brooklyn I came across a book about the history of the subway. One of the things I learned from that book was that the very first underground train in New York was, in fact, a hyperloop-style experiment which used compressed air as a propellent to shunt its single carriage along its block-long tunnel, pre-empting Musk by around a century and a half. I you don’t believe me you can read up on the wondrous story of the Beach Pneumatic Transit without going to the trouble of schlepping down to your nearest civic centre and flipping through index cards, but by going to Wikipedia, where (of course) a potted history of Alfred Beach’s incredible endeavour awaits. 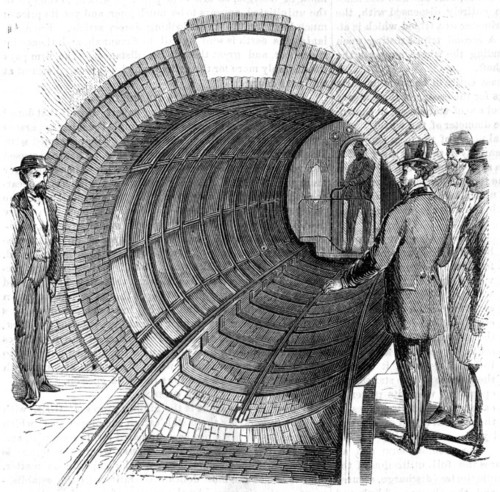 So that was one event: the recollected prescience of Alfred Beach. The second event was the remarked upon prescience of yours truly, James Flint, by another Midland supporter (they’re everywhere, these days), who had recommended that I listen to a podcast interview of tech “design ethicist” Tristan Harris by neuroscientist Sam Harris on the subject of the attention economy.

"What is this attention economy," I hear you stir from your slumber to cry? In a nutshell, it’s the thing that the Internet has become, the thing that has all checking our phones 150 times a day and reading all our news via Facebook and selling ourselves cheap to the most brazen, shameless clickbait bidder and voting for Trump and Brexit and abandoning all attempt to live in the rational, “real” world in which we used to live before the Internet came along, back when libraries were still a thing.

Being a dutiful citizen I listened to said podcast (which I heartily recommend, as it is insightful and intelligent), and when I got to the point that Tristan started talking about how he used to be a magician and was intrigued by the way in which illusionist techniques had been routinely deployed by Silicon Valley's user interface designers to promote ever more dopamine-driven engagement with apps such as Twitter, Facebook et al, I thought - hey, wait a sec. I wrote a book about exactly that, about a decade ago, during the dotcom boom, back when the Internet was young and we still real jobs and enough leisure time on our hands time to waste it wrapping our mouths around pointlessly long words like “applications”.

Anyhoo, I told my friend (the Midland pledger) about this book, and he said that was pretty prescient of me to have written that, and I thought, you know what, it was! Especially since I then went on to write another book about the problems of nuclear waste storage before anyone had heard of Fukushima. Is there a pattern developing here? You tell me… (but only if you refer to me from now on as Jim the Oracle).

Upshot: I’ve decided to celebrate this transitory acknowledgement of my Delphic powers by GIVING AWAY a free of copy of 52 Ways to Magic America to the next three people that pledge - or upgrade their pledge - for Midland. 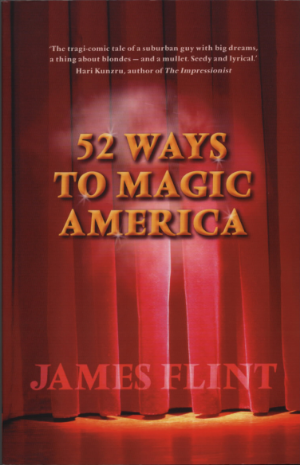 And if you hurry and pledge before midnight on Sunday, you can also take advantage of the free shipping offer being made by Unbound to celebrate its sixth birthday. That will save you £4 on a hardback. Just type the code FREESHIPPING into the discount box when you check out.

£4 off AND a free book!!!!!! What an offer!!! Jim the Oracle predicts that loads of you will race to pledge and upgrade and that Midland will be 60% funded by Sunday!

Prove me right or I may just predict another round of fake news or nuclear problems. After all I haven’t yet given you my thoughts on Trump’s confrontation with North Korea or Elon Musk’s Neuralink project, have I…