The return to Greenwich Mean Time isn't often celebrated in St Andrews. Sure, there's an extra hour, though it's frequently wasted, hungover, under a duvet. But that is cold comfort in the face of the coming of the dark ages. The dark ages are that stretch of autumn, winter, and spring in Scotland that isn't quite the eternal night one finds north of the Arctic Circle, but it isn't far off. Daylight becomes a sliver of time, with the sun at such an angle that it always seems to be late afternoon. On the plus side, the sunsets tend to be spectacular, though the sense of wonder and awe at the beauty of them is undermined by how quickly they appear after you've got out of bed.

Last night I popped along to my local after a late Sunday brunch to watch the rugby. At half time I wandered over to the banks of the river and marvelled at the sky left by the sun - intense with artistic cross-hatching provided by the scattered cirrus clouds lingering at high altitude. I snapped a pic and noticed the time was only 5pm. It brought me back up north for a moment, to those achingly short days where even the most conscientious "early-to-bed, early-to-rise" of folks become nocturnal, simply because the night takes up so much of the day.

In Cathedral's Shadow takes place at this time of year, at the beginning of the long nights lost days. When you always feel something has finished too quickly, before you realised it started. 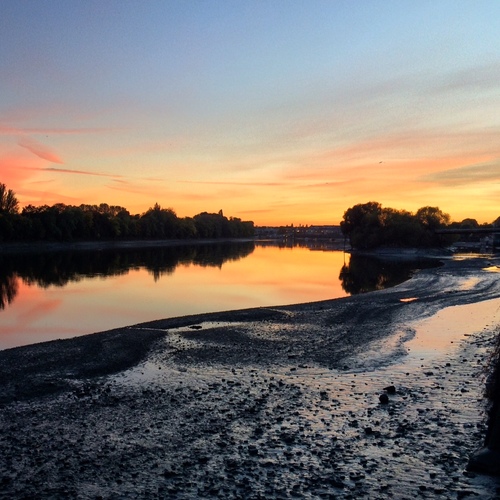