For years at the solstice we’d build a bonfire on Castle Sands to stay up and watch the sun rise. It was, technically, the sunrise on the day *after* the longest day of the year, which, in sober retrospect, didn’t make much sense. We probably should have stayed up the night before, welcoming in the longest day, but perhaps that level of organisation was beyond us at that age. It wasn’t a pagan thing. It was more a, “it’s cool to be this far north in the summer and have all this daylight” thing. It was only dark for about 3 or 4 hours, and never all-the-way dark.

We’d have beer, port, and whisky. Maybe a bit of table wine as well. The bonfire would be old shipping pallets and various bits of scavenged wood. One summer someone found the least likely Christmas tree in history, abandoned by the back door of a walled garden. Strangers would show up. They’d have a bottle, or weed, or cigarettes. Folks shared. Inevitably, some would be too drunk, and fall asleep by the lapping waves. Someone had a guitar, and half songs would be sung, because no one ever remembered all the words.

Sometimes there'd be a fight, but they were rare. When the sun came up it was quiet. I was usually swigging whisky by that point. That was our cue to head home. We'd leave the odd slumbering body, clean as best we could, make sure the fire was out, and climb up the steep steps back into town. We stank of smoke and were covered in sand. The hangovers were like we'd been drinking in a bbq grill. 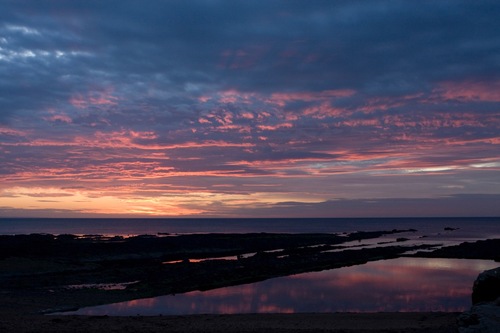 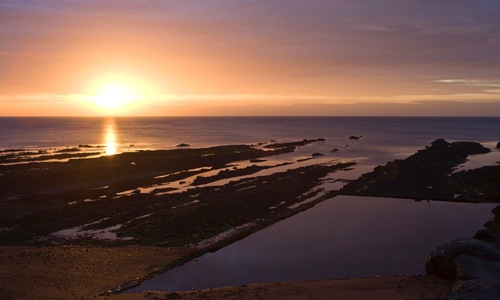