I missed a lot of trains in 2016. Of all the terrible things that occurred in that year, it's quite low on the list of disasters, but they linger on the mind for some reason. They also linger on the wallet. Train travel is obscenely expensive these days. Unjustifiably so.

So I gave myself plenty of time for last week's journey. It was quite a relaxed affair. Trains and writing go hand in hand for me. As soon as I grew out of thinking that train journeys were great opportunities to get hammered, I started thinking of them as a good place to write.

It was a good day for it. I sat myself down and availed myself of a complimentary bacon roll. The woman sat opposite me was a poet, heading to St Andrews for the StAnza Poetry festival. She immediately asked if I was a writer. No one has ever asked me that on a train before and I was somewhat taken aback, but I said yeah. We chatted about writing and the world a bit and England slipped by out the window. She was lovely. It was great to meet her. You should check out her stuff.

I worked after that, getting some words in on a new book. It's in a good place at the moment, where there's enough done (about 25,000 words) to make it seem real. Like it's a thing now that cannot be undone - that the only way is forward.

I remember that with In Cathedral's Shadow. That sense of having started something that would indeed some day be finished. Writing a couple of thousand words is all well and good, and it might even feel like it's going to be something, but it's so fragile at that point. It was around this time of year in 2006 that I reached 25,000 words for the first time. I'd never written 25,000 words in anything. My undergraduate dissertation was only 10,000 words, and that included footnotes. It was about then that I realised that I could do this, that I could write a whole book. And now I've written two whole books, and parts of two more. With quite a few others planned.

It was cold and sunny when the train pulled into Leuchars. A friend was waiting to give me a lift, her two-month old strapped safely in the back of the car. The low winter sun threw the Fife coast into sharp contrast as we followed the road from Guardbridge up into the hills and through the back way into St Andrews. There'd been an accident apparently, and the back roads were quickest.

I didn't see everyone I should have, there's always some to get next time, but I saw my goddaughter and a few others. She was the most important. Scotland threw all the weather it could at me, but that included some glorious sun. There was snow up in the Ochils and Trossachs still. I drank wine and whisky and beer and ran all the beaches.

Before long, stories long put to bed began to resurface. You see, I originally planned for In Cathedral's Shadow to be the first chapter in a larger story, one that would span three books. I'd dropped the idea for awhile, just trying to get this one done and published. I thought that was that. But as I walked my old path, and the titles I'd decided on popped back into my head, I realised there were more stories to be told, that I needed to tell.

At 76%, this one still needs a wee push. But once it's done (the book is finished and in its third draft, and I can *taste* the printed pages, I promise you), there will be more. 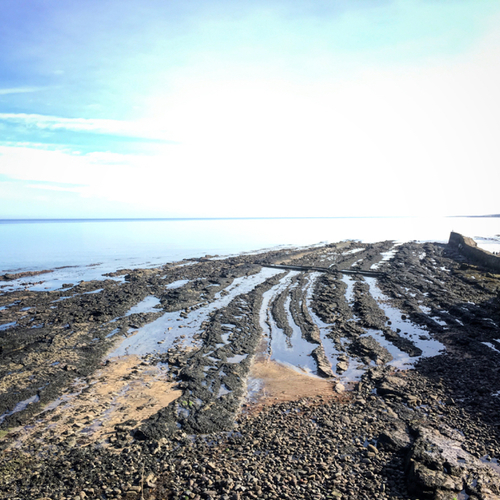 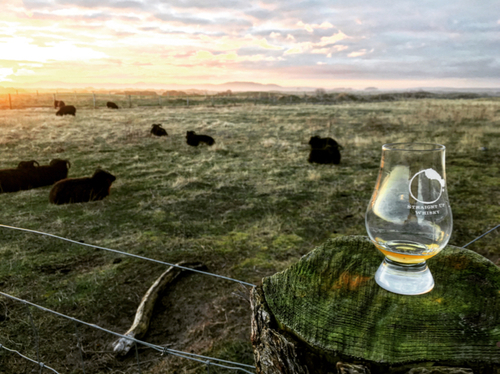 Sheep paddock at the end of West Sands, plus a post-run dram to keep the cold away 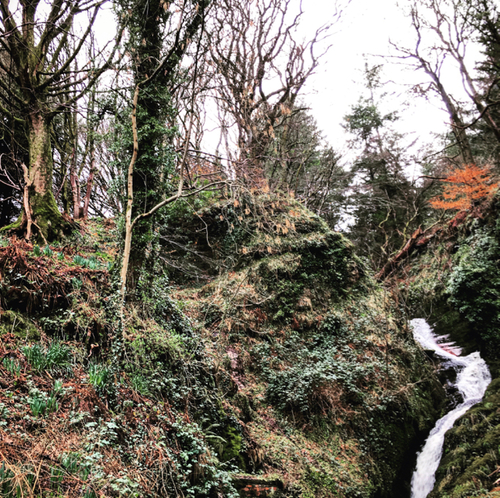 The burn whose water cools the condensers at Glengoyne Distillery