The Slumdog Feminist, by Sangeeta Pillai

The smell of shit was always in the air, in the Mumbai slum where I grew up. And now I smell the crisp canal air, below the East London flat where I live.

This isn’t one of those rags to riches stories that South Asian families like to tell. This is a tale of a long journey, of coming a long way baby and of paying the price for it.

I have been a feminist my entire life: it defines, it powers me, it shapes me.

Yet, I didn’t even know about the existence of the word ‘feminism’ until I reached my 30s. There was no reason for that word in my early life, in the culture that I grew up in.

As a young girl growing up in a traditional Indian family in Mumbai, being ‘married off’ to a nice man was the best I could hope for. And by nice, that meant a man who wouldn’t beat or abuse me. Love wasn’t even a word in the dictionary. Or dreams. Or ambitions. 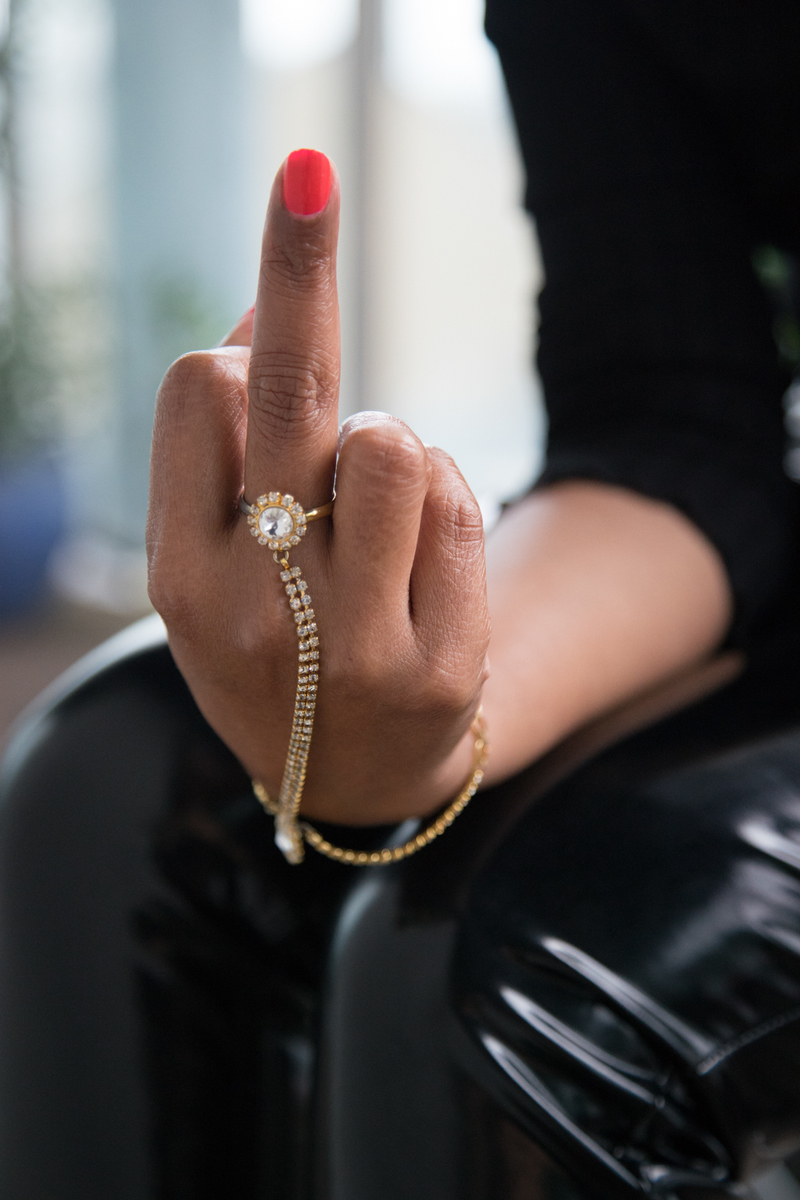 Indian girls don’t just leave home, they just get married off. I refused and then stayed with my family for decades. I fought for everything. From the right to cut my hair short, to choosing the job that I wanted to not being forced to marry the first guy that I was told to marry. None of the other girls around me rebelled but a strong survival instinct spurred me on to fight, fight, fight.

Today, I live the sort of independent life that would’ve been imaginable to my little girl self. I moved to the UK fifteen years ago. My life in London is perfect: a great job, my own flat, great friends and a life of theatre going and socialising in Soho’s trendiest bars.

It all changed three years ago, when my mind unleashed panic attacks on me. I was ‘brave’ fighting with my traditional family and society for the life that I wanted. But I wasn’t brave enough to face my own pain.

My father was an abusive alcoholic who beat the crap out of my mother: that was my childhood from age 1 to about age 12. My earliest memories were of my father bashing my mother’s head against a concrete wall, in our little one-room slum home, in that filthy suburban corner of Mumbai.

My mother had lived most of her life suffering physical violence at my father’s hands. And she died suffering violence from a stranger’s hands: her throat slit, her belongings stolen, her body with his piss all over it.

I never grieved for my mother. Or for myself as a terrified, unloved child. I did what many South Asians families do – pretended it never happened. Until I couldn’t pretend any more.

I grieve over my lost childhood, for not having the one thing kids need: a secure, protective loving home.

I grieve for parents, the sort of parents who insist that you come home for the weekend, fussing over you to the point of irritation. Sometimes, I see older women on the street & the pain of my mother’s loss punches me in the gut.

So you see, having escaped across all those thousands of miles, I haven’t really managed to escape my life. Therapy and self-reflection revealed layers of pain that I have been running away from my whole life.

It feels like a limb has been chopped off, and I’m all bloody stump. Red, raging, fresh, raw. But I’m learning to do what I’ve never done before: face the pain, not run from it. 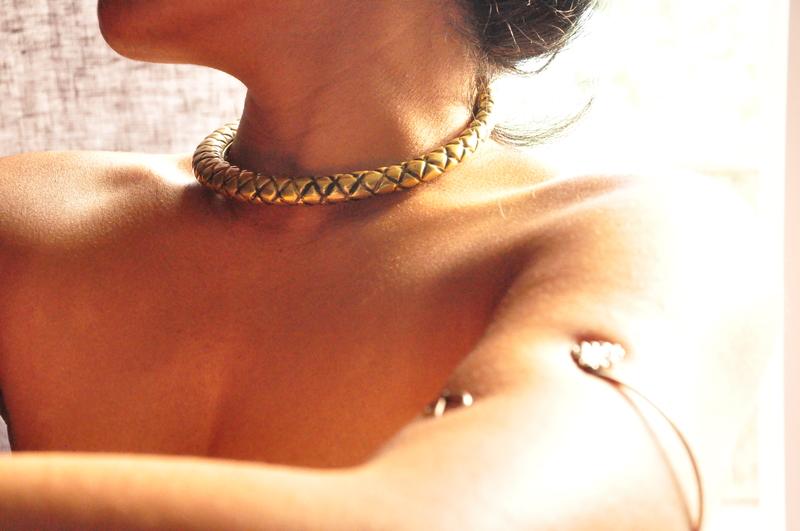 Through all the pain, the one thing that helped me was talking to other women about our common struggles and victories, our pain and our joy. And that’s what inspired me to create Masala Monologues - I wanted to create a space for stories from South Asian women, real stories that reflect our real lives. Nothing gives me as much joy as watching our stories emerge. Stories from our culture, stories that we haven’t really had the space to tell.

Someone asked me recently about why I choose to work around British Asian female power & sexuality? My answer: because I can. And because that little girl cowering under the bed in that Mumbai slum wouldn’t have dared even imagine this was possible.

I never did as I was told. I didn’t go away quietly into the night. And I don’t intend to.

Doing the Kamasutra, by Sangeeta Pillai

I was 38 years old and needed to get laid.

I was recently divorced and had only slept with one man for 9 years. In fact, my ex-husband was my third ever lover. Before you shout stuck-up virgin to my face, hear me out. I’m Indian.

Yes, I’m Indian. Now if you happen to be Indian or know someone who is, you’ll know what that means. We don’t have sex. Despite the fact that we make more babies than most other countries in the world, we pretend we don’t have sex. And as Indian women, sex is something we’re not supposed to even think about.

I was brought up to believe that just one brazen sex act was equal to eternal ruination and a lifetime of sobbing over my illegitimate children - just like those sad heroines in old Bollywood movies. So I kept my legs closed and my lust contained. Like a good little Indian girl.

Until the day I found myself divorced and single, and living in the UK: the land of booze-fuelled casual hook-ups. I was so impressed to see the women I worked with get totally smashed at the pub after work and go off with the first available man. (Yes I did judge them at first thanks to my super traditional Indian upbringing, sorry, but that soon turned to envy.) These women got to just have orgasms… whenever they felt like it. Amazing!

So finally, after my divorce, I decided to get me some of this liberated and wonderful sex that was on offer all around me.

There was just one tiny problem: I didn’t know how. The last time a guy had asked me out for coffee in Mumbai, he had to discuss marriage to me over the steaming cappuccino. How did I go from that life to taking someone home for casual sex? I did what any smart thinking woman would do: I asked my friend Catherine.

A woman of the world, Catherine introduced me to the world of online dating, the rules around shaved pussies (really, is that what feminism had come to?) and the delights of lustful casual sex. So there was I on my first ever date, shaved pussy and all, eager to make Catherine proud. I had decided that if this guy turned out to be ok-ish, I’d have sex with him. It was important to lose my post-divorce virginity, you see.

It was surprisingly easy. Yes I know, like riding a bike. I discovered I was really good at flirting – in fact, I was bloody brilliant. Because I didn’t care – I wasn’t interested in the guy in front of me beyond that night. And that was incredibly liberating, coming from the culture that I came from.

I twirled my hair and joked about my Indian unprbinging. My date asked me the usual questions British men do about India. Did we really have cows on the streets? No, we just put them there for tourists, mate! Does the caste system still exist in India? Yes and how’s your ‘class system’ here in the UK doing eh?

Cut to three hours later, fueled by booze and sheer lust, my casual hook-up and I were back at my flat. (Don’t worry, I had asked him enough questions to feel safe that he wasn’t an axe murderer.)

Things got heated, right from my front door. He kissed me hard. I kissed him back. He touched my breasts, I moaned. My moans seemed to send him over the edge, he pulled me to him. I could feel his hard cock. It felt good, so good…

I grabbed his hand and took him straight to my bedroom. As we say in India, Shubh Kaam Mein Deri Kaisi. (Translated as ‘why delay something auspicious?’)

We collapsed into my bed. He tugged at the straps on my dress, undid the clasp of my bra. I pushed my breasts into his hands, groaning at how exquisite it felt. This was exciting, heady stuff. I didn’t even know this guy’s last name and my nipple was in his mouth. So HOT! 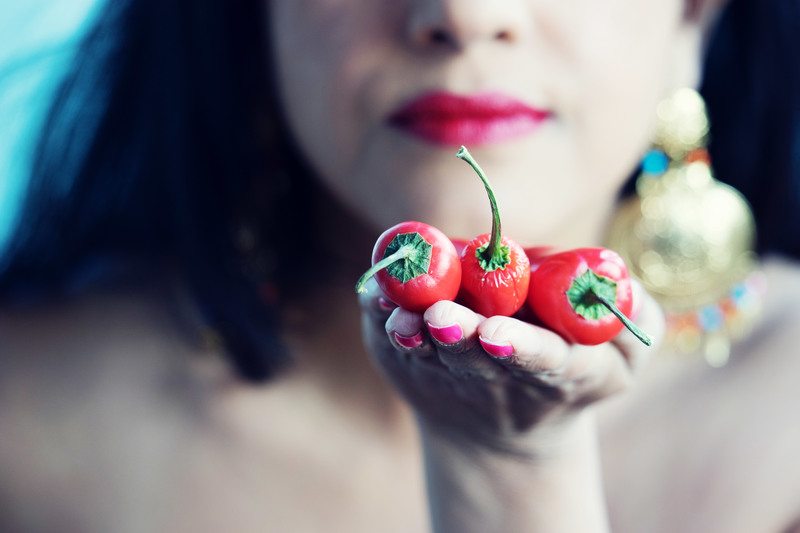 He ripped off my tights, I didn’t care that they tore. I yanked off his t-shirt, stroked the springy hair on his chest. We kissed and touched and stroked and licked for a good twenty minutes. I was lost in a haze of lust and hormones, feeling so female, feeling so good.

He touched my pussy with his right hand and groaned out, ‘Do you do the Kamasutra’?

I stopped mid-moan. My hand froze over his right butt cheek.

I nodded, trying to open my previously closed eyes.

He continued, ‘So you must do the Kamasutra, right?’

I breathed out, letting the fog of lust clear so I could utter a coherent sentence. I also felt a stab of irritation. This ill-informed idiot wasn’t doing my sex buzz much good.

‘I can’t DO the Kamasutra.’ I replied, biting my teeth to avoid adding ‘you twit!’

‘You can’t..?’ he sounded so disappointed.

‘It’s not like doing the hokey cokey, you know!’ I said.

My casual-sex-fling partner looked a big frightened, his eyes darting around looking for the nearest exit.

‘The Kamasutra is a serious book discussing all sorts of things from morality to extra-marital affairs to sexual positions. You can’t just DO the Kamasutra!’

I heard my voice go all preachy and ranting because I was now furious. First of all, this man had just ruined my losing-my-virginity post-divorce plan. (He didn’t seem so desirable any more!) And second of all, how could someone who was educated and claimed to read books, ask me such a stupid-ass question?

I decided then that my post-divorce virginity deserved someone more literate, better informed. And, I knew I had another younger, hotter date lined up for the next night who wouldn’t waste all my lovely lust on silly questions.

So I carried on in an increasingly louder, sort of sing-song tone, ‘The Kamasutra is definitely not like… DO THE HOKEY COKEY. AND TURN YOURSELF AROUND. THAT’S WHAT IT’S ALL ABOUT .’

Needless to say, the man started to grab his discarded clothes, looking increasingly terrified at the prospect of being locked in with a naked Indian woman singing the Hokey Cokey all night.

And that, dear reader, ended my first ever foray into the delicious world of illicit casual sex. Surprisingly, that wasn’t the last time a man asked me to ‘do the Kamasutra’ in bed.

However, since then I have actually read the Kamasutra and in fact studied it closely, much to the delight of my other lovers. But that’s another story….

A signed, first-edition copy of Masala Monologues, the ebook and your name in the back of the book.
Choose this reward
FEATURED REWARD
£50  + shipping
6 pledges

A limited edition, quirky design "Spicy Masala Monologues Rani" tote bag, a signed, hardback copy and your name in the back of the book.
Choose this reward
View all 12 rewards