Married To A Cave Man

Married to a Cave Man is a heartfelt comic novel about the various contracts of modern marriage, the chaotic effects of parenthood, and the ways in which men and women are fundamentally similar, yet frighteningly different. 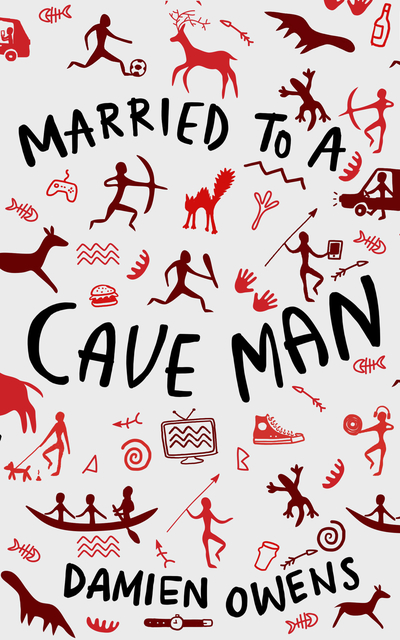 Fiction | Humour
You made Married To A Cave Man a reality. It's available in all good book stores now.
$8
60 pledges

Special Early Bird price. Paperback 1st edition, ebook edition and your name in the back of the book.

Paperback 1st edition, the ebook edition and your name listed as a Super Patron in the front of the book.
$255  + shipping
5 pledges

Ebook edition, paperback 1st edition, and your name listed in a Special Acknowledgements section at the front of the book.

Paperback 1st edition, ebook edition and I will provide an editorial review of your novel or screenplay.

Married to a Cave Man is set in north Dublin in the dark days of Ireland’s economic crash. It centres on three marriages, each of which is experiencing a rough patch that’s about to turn a whole lot rougher. It’s a story of frustration, desperation and regret. It might not sound like it, but it’s a comedy.

Stephen and Nancy Cole have two boys under three. Nancy had always been vocal about the need for mothers to give up work for the first few years of their kids’ lives. She did so — and is now barely clinging onto her sanity. Stephen can tell that something's up with her but he doesn’t investigate too hard. After a tough day in a job he doesn’t enjoy, he just wants some down time with his beloved video games.

Next door to Nancy and Stephen live the McNamaras, Julie and Vincent. Julie works in advertising, while Vincent stays home with their baby and Jeremy Kyle (not literally). He’s besotted with his daughter and understands that his wife has the greater earning power. Still, he can't help but wonder if he has somehow stunted his masculinity. He has no idea that Julie wonders the same thing and is sliding towards an affair.

Across the street live the Dunlops, Leo and Deirdre. Leo, a serious record collector, has been unemployed for six months. Deirdre works as a PA in a dreary plumbing supplies company. They desperately want a baby but it isn’t happening, despite a sexual regime that has left them mentally and physically bruised. Deirdre tortures herself with the idea that her minor weight problem is to blame and spends every night on exercise bike. Leo, meanwhile, has given up on himself and is now merely pretending to look for work.

Stephen is the first of the husbands to decide that what he really needs — nay, deserves — is a man cave, a place where he can kick back and be alone. He empties out the garage and turns it into a shrine to gaming. Vincent likes the idea and follows suit, making himself landlord and sole patron of a little mock pub. Before long, Leo completes the set, clearing out the old paint cans and dragging in hundreds of records.

Nancy, Julie and Deirdre react to these moves with varying degrees of horror, disgust and low-level violence. Tensions that had been bubbling under now bubble very much over and before long, all three relationships are in crisis.