Just wanted to let everyone know about a couple of events related to the book happening next week.

First, I'm giving a talk at the next iMug meeting in the Melbourne CBD. (iMug is short for Internet Macintosh User Group; it's apparently one of a few Mac user groups that are still active in Australia.)

Entry is free and all are welcome, so if you're a local or you're in town that evening feel free to drop by and say hi. I'm also happy to sign books for anyone who wants that. Planning to have some copies of the trade edition with me to sell as well.

Full details at the iMug site. Here are the highlights:

Time: 6:30pm start (June 26)
Place: Ross House, Level 4, 247 Flinders Lane, Melbourne
I'll be sharing some of my favourite stories from the book and trying to say some insightful things about games past and present. I'll also be talking about the different ways you can play old Mac games today, and where you can find cool games and utilities and fan-made add-ons/mods. And of course I'll be answering audience questions as best I can.

I hope to see some of you there! 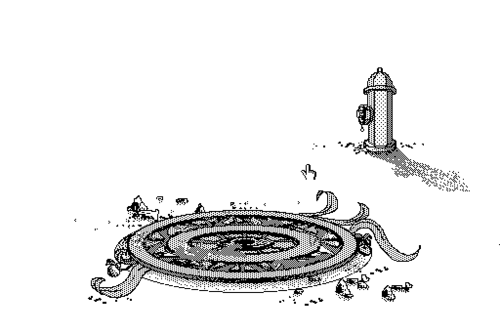 Second, I'm probably (UPDATE: make that definitely) doing a livestream on Twitch.tv with Robyn Miller (and maybe also Rand Miller, if he can make it). As of this writing, we're not 100% confirmed and don't have a time set (NOW CONFIRMED FOR 6pm Pacific Time), but we're looking at the Stateside daylight or evening hours of June 27th (so morning or afternoon June 28th for my fellow Aussies).

We'll be celebrating the 30th anniversary of The Manhole's public debut by playing through the game, talking about how it was made, and more generally chatting about the olden times. We might hop into other Cyan games or something not made by Cyan, too, but the focus is on The Manhole. For anyone who hasn't read the book yet, The Manhole was an early HyperCard adventure game with a whimsical Alice in Wonderland-esque world. It's one of the earliest examples of exploration using only mouse clicks directly onto the world. And it's one of my favourite early Mac games.

Time: 6pm Pacific Time/9pm US Eastern Time on June 27, which is 11am June 28 on the Australian east coast and 2am June 28 UK Time; click here to see an event time announcer for the stream that converts to your timezone
Place: Twitch.tv/mossrc

Also, side note: I've just agreed to give another talk at /dev/world/2018, an annual Apple-focused developer conference held in Melbourne in August. Looking to do other livestream videos with some of the stars of the Classic Mac scene soon, too. And we're prepping a campaign for a new book that'll kick off in the coming weeks.

I hope you've all received your books and other rewards by now. If you haven't, you might want to shoot an email over to Unbound's support team. If you pledged to Meet the Author and you haven't spent some time with Craig or me, please get in touch directly with me. There are two of you that I emailed a few weeks back and haven't heard from.

Any chance of the IMug talk being recorded and made available for those of us who aren't in Melbourne and would have loved to attend the talk?

I think we can probably arrange something, even if it just ends up being audio and slides.