I thought I'd do a one-time break from the post-launch radio silence to give an update on a few relevant developments in the past three years.

So, first off, The Secret History of Mac Gaming went out of print early last year and the rights reverted to me. I then made a deal with Bitmap Books to publish an Expanded Edition that adds a gorgeous annotated timeline plus more images and a foreword by Graeme Devine, fixes a bunch of errors, revises the text layout, and expands four of the chapters with additional stories (covering Dungeon of Doom, Snood, Stick Man Games, Ambrosia's bug-free pledge, and some other stuff). 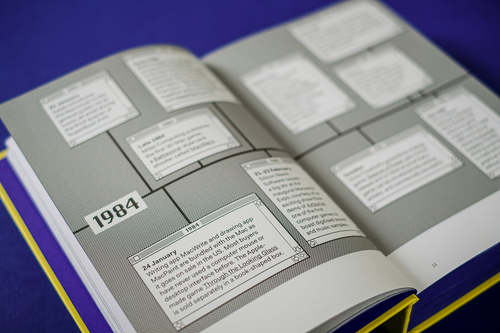 If you'd like to buy that, you can do so at this link. Or if you don't care about the pretty visual stuff and just want the extra text content (those new stories and the timeline (presented as a list), plus the corrections, but *not* the foreword — which Bitmap owns), I made a PDF Digital Add-On Pack that you can buy and print out to add to your first edition hardback. There's also a text-only ebook version, which you can either buy direct from me or get as part of the latest Games StoryBundle (for one more week).

Also, some sad news: Al Evans, creator of 1985 shareware adventure Cap'n Magneto, died last month. He was 76 years old. He focused the last 20 years of his life to music and family. I never got to speak to him directly, but I hear he was a very kind and generous man, and that came across in my limited interactions with him over email. I shared some of the material he'd sent me in a Twitter thread, and a few others chimed in with their memories of him.

Second, my new book Shareware Heroes: The renegades who redefined gaming at the dawn of the Internet is out today. You can get a hardback and/or DRM-free PDF and ePub ebook from Unbound, or a paperback from any UK bookseller, or an ePub/Kindle ebook from your preferred ebook store. And you can learn more about it from the DOS-themed website I made. (Yes, Mac shareware is covered, as is Amiga and Atari ST and Windows 3.1 + 95, but DOS had the bigger and more impactful shareware scene — so that gets more of the attention.) 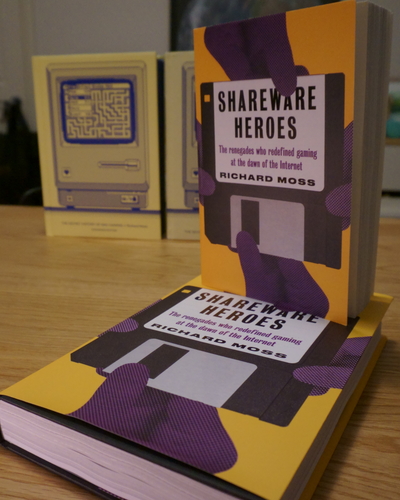 There'll be a US trade paperback release to follow in January, but of course the Americans among you can import from a UK-based online retailer (eg BookDepository, Amazon UK) or just get the ebook. We're also negotiating with Tantor for a US+Canada audiobook release read by yours truly.

Upcoming: More books and a movie

I'm actively working on two new books at the moment. One is about the creation and impact of a particular game, while the other looks at the history of one of my favourite game genres. Neither has been announced, so I don't want to give anything more away just yet.

Meanwhile, I'm also serving as co-writer and producer on CREATORVC's upcoming documentary film FPS: First Person Shooter — which is a 3+ hour retrospective on the rise of first-person shooters guided by the people who made them.

And I have plans to release a follow-up Mac gaming tome at some point that explores things I couldn't fit into the first volume plus some stuff I deemed beyond the scope (eg emulation, the early OS X indie scene, etc); I've already done a bunch of interviews for it, including several digging into the history of MacSoft and Aspyr and others that capture more stories behind more classic Mac games. That project could come together next year, or maybe the year after; I'm not sure.