Foreigners, drifters, and eccentrics reach out to strangers in their desire to be witnessed, to be connected, and to find safety in a sea of anonymity

It's the little things that make us fly. 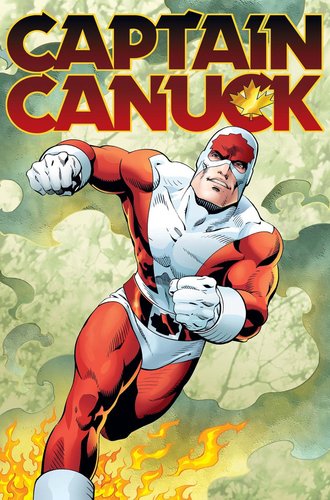 All of you are superheros or heroines in some way. You spread your good vibes, you do a good deed, you say the right thing at the right time to someone in distress, you send your love online or on the phone or in person. You pledge for (as-of-yet) unpublished books to help an author meet her goals. These little actions are what weaves us into being members of society, of our communities, of family and friend's circles. Sure, Captain Canuck (see image) has Olympic strength and Equinox (image) is fed by the power of the seasons but you too can recognize your own skills and use them. Value them.

This week I would like to harness your superpowers alongside those of Equinox and Captain Canuck to spread the word about this little book I am trying to get published. LOVE BITES has made it to 74% pledged and if we put our energies together we can surely raise the last 26%? I would don blue wings and dye my hair black, swooping in on German Wings to grant you your super human need. Please spread the word and then look for me through your windows at night. Thanks again for your support. 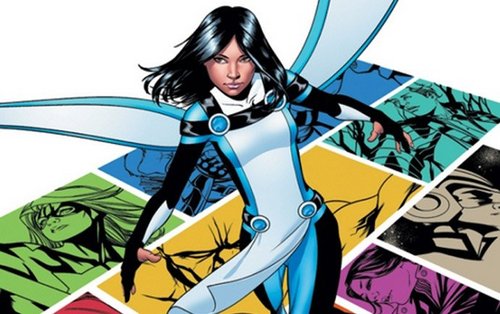 Bios of the two Canadian heroes:

Equinox is a 16-year-old Cree girl named Miiyahbin. She hails from the community of Moose Factory in the Moose Cree territory of Northeastern Ontario, Canada, at the southern end of the Hudson Bay. Her powers are seasonally based and connected to the Earth. Created by Ontario resident and series writer Jeff Lemire, he hopes to use her stories to share the world of the Cree. (http://comicsalliance.com/equinox-cree-superhero-justice-league-united-jeff-lemire/)

"Before his late night encounter with aliens, Tom Evans was an exemplary R.C.M.P. officer and C.I.S.O. agent. After being struck by the aliens’ strange ray device, his physical abilities increased dramatically. His agility and related skills are at Olympic levels... He is an expert pilot, marksman, martial artist, and equestrian...Captain Canuck’s mental attributes are equally impressive. He is a phenomenally perceptive detective with an eidetic memory which allows him to remember every “mugshot” he has ever seen. Finally, Tom is equally at ease speaking English or French." (www.writeups.org/captain-canuck-canadian-super-hero-comics/)