The Private Life of Lord Byron 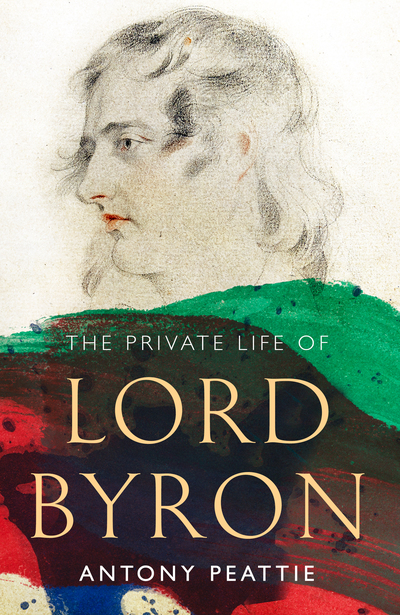 The Private Life of Lord Byron

The first book to explore Byron's eating disorder, his father hunger and his rationale – Anorexia Heroica

This book focuses on two related areas of Bryon’s private life, his intermittent eating disorder and his obsession with fatherhood. Byron starved himself compulsively for most (though not all) of his life. His behaviour mystified his friends and other witnesses. He never imagined he was ill, however – doctors first recognised and named anorexia nervosa in 1873, almost fifty years after his death. And yet, inevitably, his stratagems for coping with it had a major impact on his life and work: Byron rationalized his behaviour as a fight for spiritual freedom and, as I hope to show, he made it the cornerstone of his heroic ideal. That was central to his fiction, to his life and, indeed, to his death. Its effect was shown in his use of language, and in his preeminent, permanent obsession with the relationship between body and soul.

This book aims to understand the man better, in order to see his work and his world through his eyes. As a ‘partial portrait’, to use Henry James’s phrase, it explores several neglected or misunderstood aspects of his private life in order to illuminate such areas of obvious, public concern as Byron’s idea of heroism, his relationships with women, with Napoleon, Coleridge and Shelley. That in turns leads to a new understanding of his private intentions in his masterpiece, Don Juan.

The Private Life of Lord Byron traces his emergence into adulthood, marked by his first diet in 1807. It explores the patterns of behaviour that recurred throughout his life and highlights the way that love (his affairs with women) and glory (his relations with men) affected his private life and his work (in particular, Don Juan). It alternates between focusing on details and exploring the contemporary context, so as to establish how Britain’s war with France throughout the Regency period affected attitudes to fatness, Milton’s Satan and boxing. The book ends with a focus on Byron’s last days in Greece, where he tried to starve himself into heroic leadership but damaged his constitution and so died at the age of 36.

There are so many books devoted to Byron that it seems fair to let the reader know where this book distinguishes itself. Stella Gibbons highlighted the passages of Literature she was particularly proud of in her novel Cold Comfort Farm by adopting the travel guide method and marking them with one, two or three stars. I follow her example to indicate where this book says anything new.

The Private Life of Lord Byron will be designed by Peter Willberg and contain over 200 images to complement the text, some of them Byron artefacts photographed for the first time.