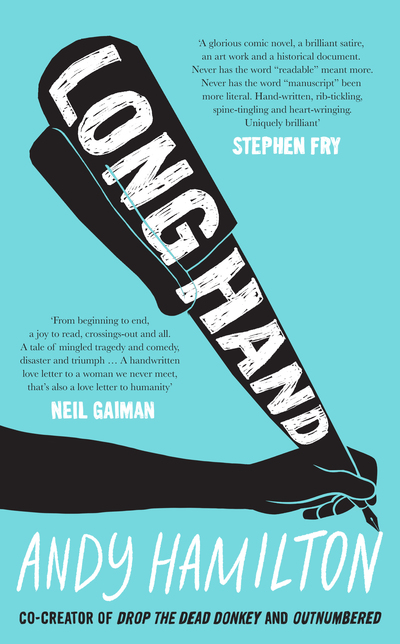 A handwritten epic novel from a comedy legend.

Malcolm George Galbraith is a large, somewhat clumsy, Scotsman. He’s being forced to leave the woman he loves behind and needs to explain why.

So he leaves her a handwritten note on the kitchen table (well, more a 300 page letter than a note). In it, Malcolm decides to start from the beginning and tell the whole story of his long life, something he’s never dared do before.

Because Malcolm isn’t what he seems: he’s had other names and lived in other places. A lot of other places. As it gathers pace, Malcom’s story combines tragedy, comedy, mystery, a touch of leprosy, several murders, a massacre, a ritual sacrifice, an insane tyrant, two great romances, a landslide, a fire, and a talking fish.

But that’s not all that makes Longhand special. Andy Hamilton has waited thirty years to tell Malcolm’s story. Because there’s only ever been one way to tell it. In longhand!

Andy has always written in longhand, but this is the first time he has ever found publisher willing to publish him that way. All 300 pages, reproduced in Andy’s perfectly legible italic handwriting (with the odd crossing out).

It’s a publishing first! Pledge to help a man who doesn’t use a mobile phone and isn’t keen on the internet to get a book published in longhand for the very first time. 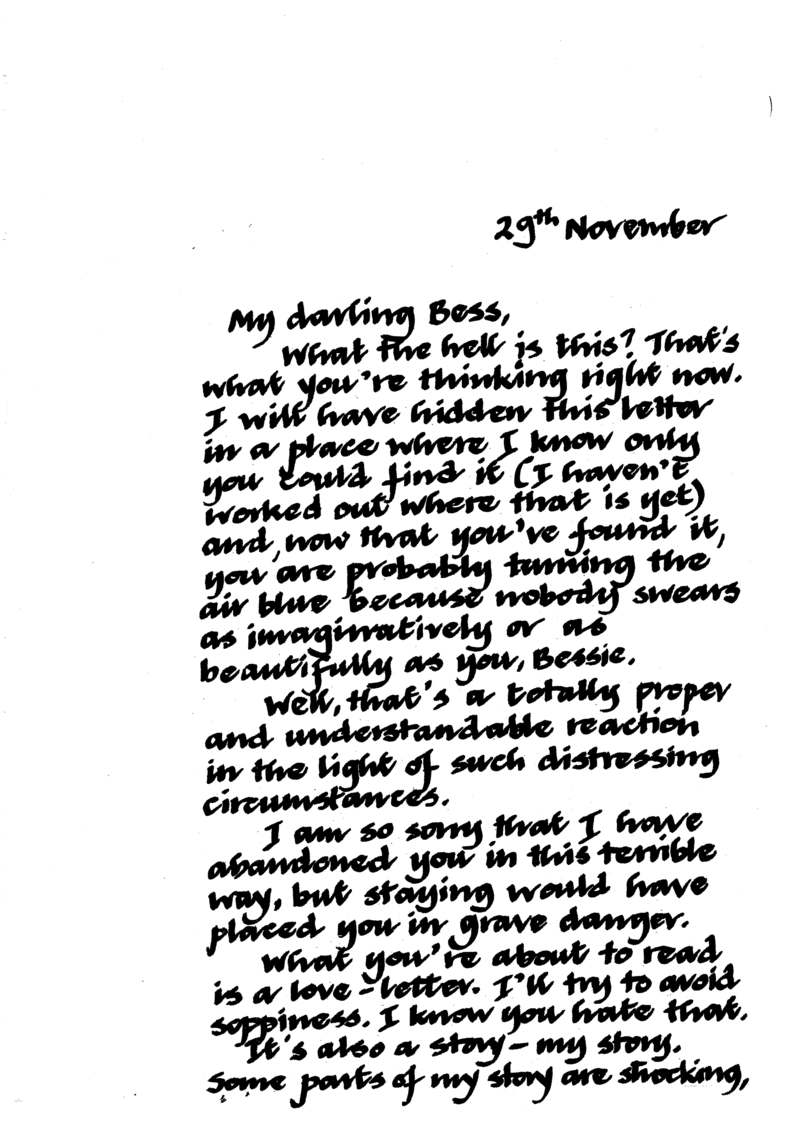 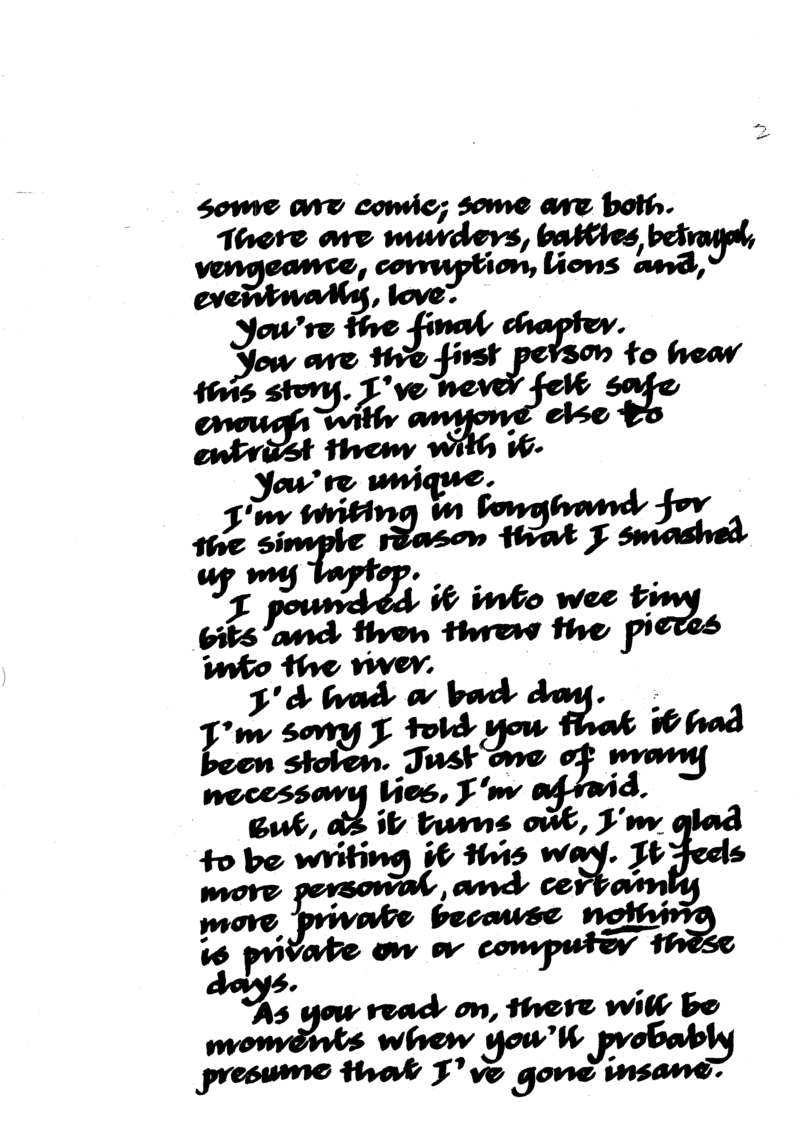 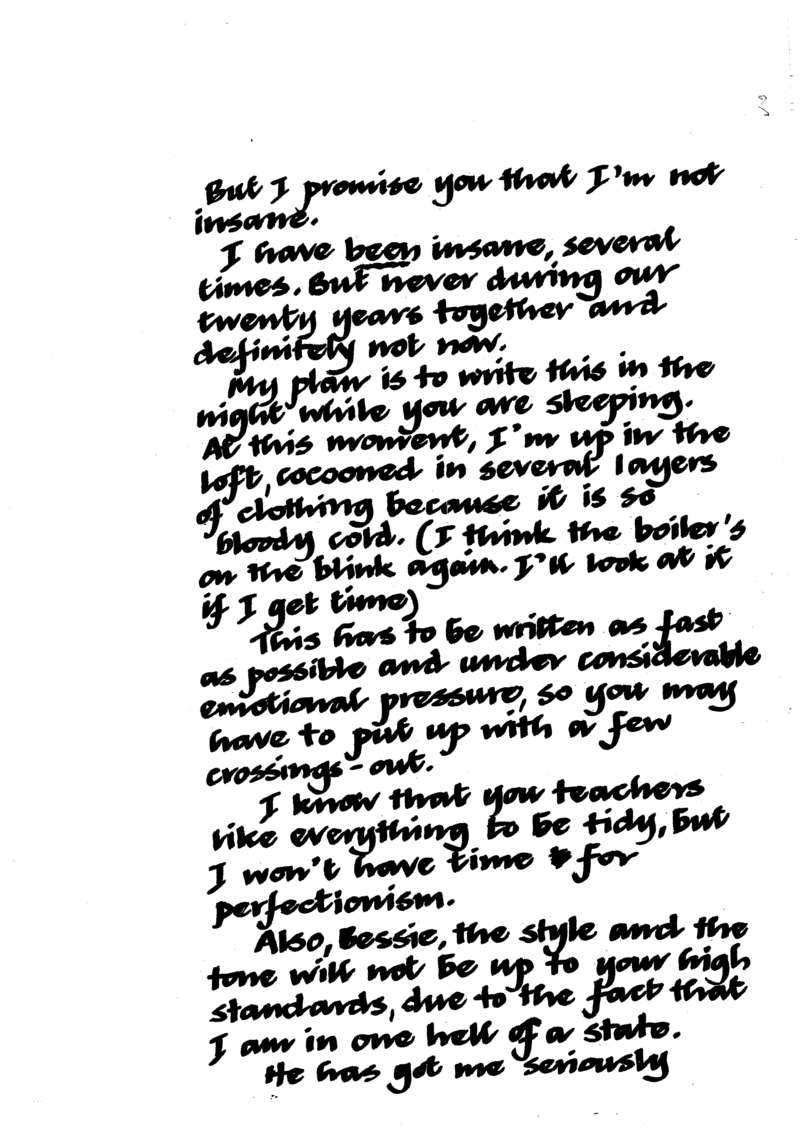 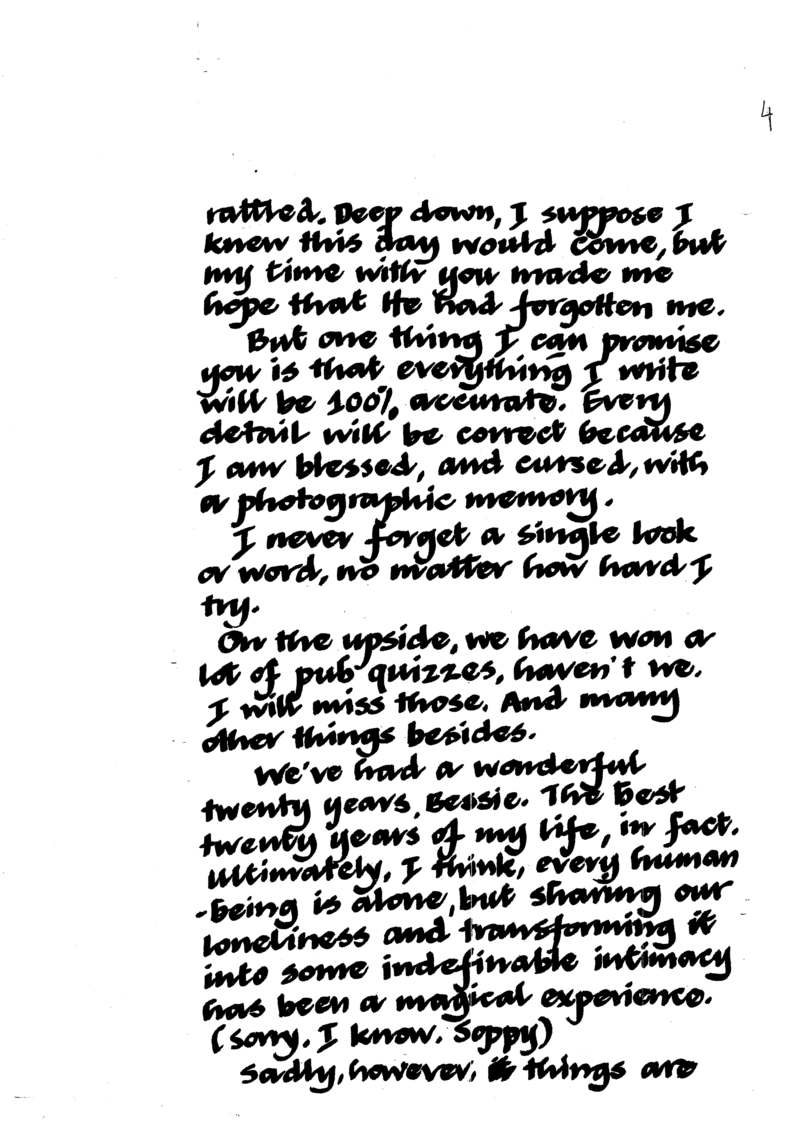 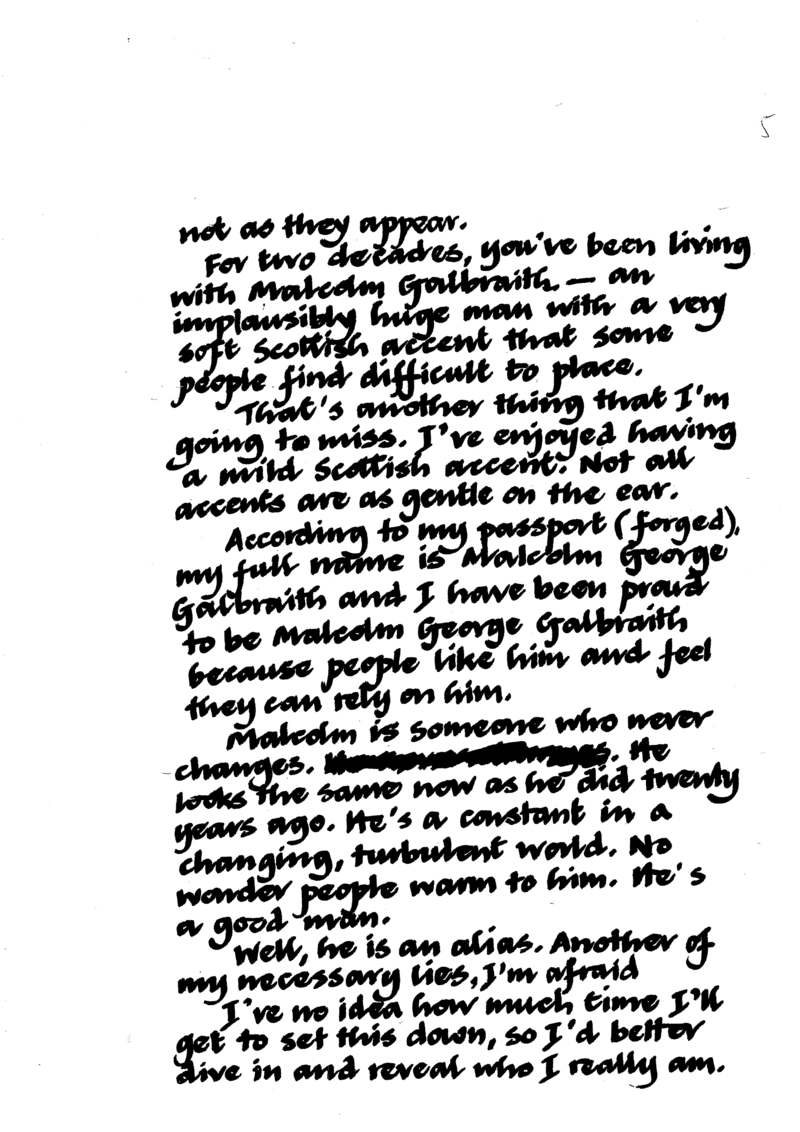