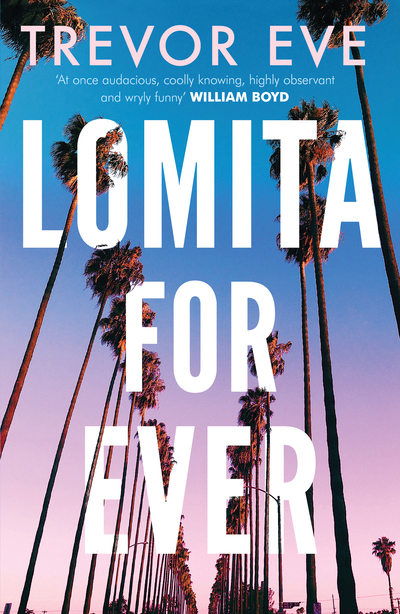 Ever Millen is in LA, losing his mind. He’s left his wife, young son and safe job behind in England and has landed in the City of Angels looking for the truth about the death of his father, an abstract expressionist painter, whose work has fallen out of favour. But Ever soon discovers he isn’t up to the task. Oppressed by the brutal heat and toxic fumes of the city, his mental health is beginning to collapse and not even the prescription pills he gulps can save him from the rising tide of darkness and pain.

But then, by chance, he meets the beautiful, enigmatic Lomita Nairn, a woman almost fifty years his senior. The attraction is mutual and their relationship deepens. As she gradually reveals the grisly truth about her life as an aspiring actress and the marriage that almost destroyed her, Ever’s inner fog begins to clear and he sees what he must do to save them both.

Lomita For Ever is a remarkable debut: part noir thriller, part oddball romance, part philosophical investigation into the nature of the human soul. With echoes of Raymond Chandler and the existential novels of Camus and Sartre, it is rich with the wisdom and sympathy earned from a life spent listening to and telling stories

"A tremendous novel, written with great style and assurance. A compelling, edgy, noir narrative recounted in a tone of voice that is at once audacious, coolly knowing, highly observant and wryly funny. And -- as a bonus -- a remarkable, dark portrait of Los Angeles -- city of damaged angels."