One day, chance presented me with ‘Overtures & Beginners’ a disc, which has lain untouched and un-played in my collection for decades. The Full title is ‘Rod Stewart and The Faces Live Coast to Coast Overtures and Beginners.’ A 1974 album, which I bought as a 15 year old lad in love with London’s finest ever band of tousled haired rock’n’roll roustabouts and have had as part of my collection ever since.

I put it on with some trepidation, this was an album which received a critical mauling when it first came out, for being slapdash and sloppy, the sound of a band falling apart, destroyed by Rod’s ego and Ronnie Lane’s departure. And it’s all true; this is not the best of the best little rock’n’roll band in the world. It is indeed rough around the edges, yet lazy to the core, a sprawling stadium show a long way from home and close to the end. The band were about to break up and it shows. But. But.

As the needle caressed the groove and the crowd roar rose from my speakers, I was hit square by by Macca’s rolling barrel house piano intro, so like the sound of parties at my Grandad’s in Shepherd’s Bush, when the crates of light ale would be carried in and the furniture pushed to the edges of the room when I was but a small boy. Followed by Ronnie Wood’s instantly recognisable guitar twang, chiming yet grating, like a much loved old motor running through the gears and then finally Rod comes in, my first musical love and still probably my favourite ever singer, because he swaggered like a likely lad from the local estate but sounded like Sam Cooke: one of us, but one of a kind. I was transported.

This was instant time travel, lifting me out of this room in this damn pandemic and back to Kilburn High Road in 1974, when I spent the night camped out on the pavement with some mates in front of the Gaumont State, a vast old art deco cinema turned venue, where we queued to be in the front row for a Faces Gig. I don’t know if I have ever been quite so excited since, as at that moment, after those freezing, sleepless, aching hours, when we made it to the box office and secured the best seats in the house.

Then on the night of the gig itself, draped in tartan and perched on platform soles, we arrived to find the pub we’d planned to drink in as underage imbibers – Biddy Mulligan’s – blown up by an IRA bomb the night before. An explosive start to an evening, which proved incendiary in every sense.

This turned out to be the Faces’ last ever live London gig, before Rod swanned off to LA Superstardom wearing Brit Ekland’s clothes and Ronnie joined the stones playing second fiddle (well guitar) to Keith Richards, who turned up on stage to jam with his new band-mate that night.  Nothing would ever be quite the same again, especially me.

A Live Audience with Robert

Join Robert for an evening of readings, live music and a q & a about the book. Wednesday Aug 31 Doors open 7pm for 7.30pm start at The Betsey Trotwood, 56 Faringdon Road, London EC1R 3BL
LIMITED TO 6 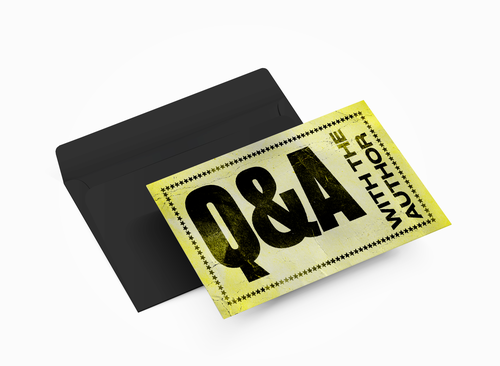 The first edition hardback, signed by Robert Elms and a specially designed bookmark, exclusive to Unbound. 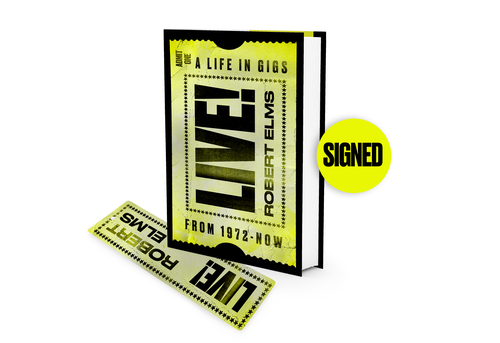