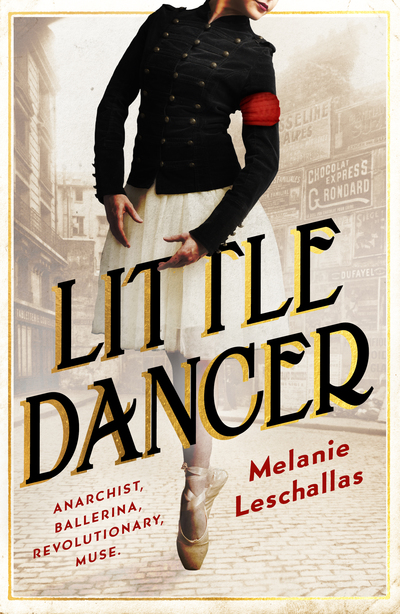 Les Misérables meets Girl with a Pearl Earring: a historical novel inspired by the iconic sculpture

But Marie is much more than she seems. By day she’s a 'little rat' of the opera, contorting her starving body to entertain the bourgeoisie. By night she’s plotting to overthrow the government and reinstate the Paris Commune, to keep a promise she made to her father, a leading Communard who died in the street massacres of 1871.

As Marie watches the troubling sculpture of herself come to life in Degas’ hands, she falls further into the intoxicating world of bohemian, Impressionist Paris, a world at odds with the socialist principles she has vowed to uphold.

With the fifth Impressionist Exhibition looming, a devastating family secret is uncovered which changes everything for both Marie and Degas. As Degas struggles to finish his sculpture and the police close in on Marie, she must decide where her loyalties lie and act to save herself, her family and the Little Dancer.