#ListenWithCaroline: Lesson from a Chess Starlet

Seventy years ago last week, when he was just 17, my Dad became the joint 1952 British Boys’ Chess Champion.

From his early teens, Dad was an accomplished self-taught player, whose exploits regularly hit the local headlines. I have a scrapbook of newspaper cuttings from the Leicester Mercury, lovingly pasted in from the late 1940s onwards by his mother Nellie.  “14-year-old Ashby Boy in Chess Final”; “Sanderson in Chess Final Again”; and “Chess Starlet” are sample headlines, accompanied by photos of my Dad, a callow youth in flannel suits and with Brylcreemed hair. In early 1949 at the age of 14, Dad won his first Leicestershire Junior County Champion title and took home the Silver Knight trophy. He retained the title for the next two years, his clinching match in 1951 reported under the headline “You Could Have Heard a Pawn Drop”.  He went on to play chess for Cambridge University, and in 1954 almost beat Vladimir Alatortsev, one of two visiting Russian grandmasters, during a display of simultaneous chess. At the time, Dad was ranked among the 25 best players in the UK. He continued to play chess after he graduated, winning the Leicestershire County Championship four times in 1957, 1960, 1966 and 1981. I can see him now, sitting with a small wooden travel chess set on his lap, clicking the peg pieces repeatedly back and forth as he worked out the forward permutations of a particular position.

While writing “Listen With Father”, I discovered that there is some evidence that listening to classical music improves spatial temporal reasoning; that is, the cognitive ability to visualize how things fit together, step-by-step, and how they can be manipulated into different patterns.  Dad’s talent for chess was established in his early teens and blossomed throughout his late teens and 20s, at a time when he had started listening seriously to classical music.

Did one enhance and nurture the other? It’s an alluring thought. And while I didn’t ever display Dad’s talent for chess, I figure it’s never too late to get better at any kind of reasoning.

Thanks so much for your support of “Listen With Father”, and please do share the Unbound link with anyone else who you think might like it. 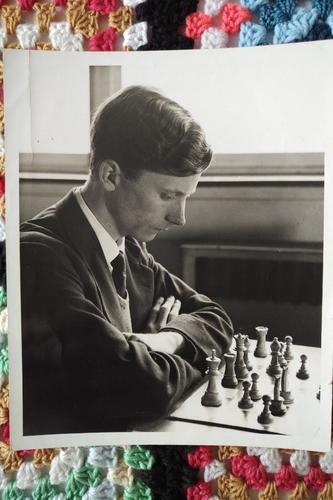