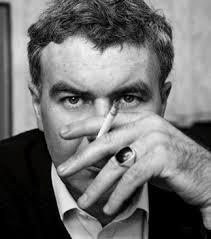 I’ve read some of these stories before. From the latter collection, for example, Why Don’t You Dance? This has everything you need in a short story and the premise is simple enough to make sense and complex enough to leave the reader asking questions. Simply put, you don’t have to eat a whole orange to know it’s an orange and you don’t have to see someone’s whole life to understand how they live.  The narrator pours himself a whiskey and looks out the kitchen window to the yard. The nightstand, the reading lamp, the chiffonier, all the fixtures and fitting are sitting outside and they’re hooked up and still in working order. It’s vintage Carver, starts in media res, the narrator is a drinker leading an ordinary life, as Carver the ordinary working man did, he is not sure what he is going to do and that uncertainty spills into the reader, but there’s no volte-face as there is in classic Alice Munro, but a humbling along that mirrors ordinary life, but illuminates it. In I Could See the Smallest Things, for example, a woman gets up in the middle of the night and goes and has a word with her next door neighbour, who used to be good friends with her husband Cliff, but the two men no longer talk and the two neighbours come to some partial understanding and she goes back to lie in bed beside a snoring husband. No melodrama in the drama.  What We Talk about When We Talk about Love is I imagine Carver’s most famous work. Two couples finish a bottle of gin. Mel is a cardiologist and Terri left her husband to marry Mel, who left his wife to marry Terri. They’re all kinda drunk and getting drunker. Mel tells his friends that Terri’s husband loved her so much he tried to kill her (and him), but succeeded only in poisoning himself with rat poison so that all his teeth went crazy and his teeth stood out from his gums making him look like the rats the poison was the antidote for. Then he botched shooting himself in the head. Mel has one question: ‘What do you do with a love like that?  They’re Not Your Husband is a different kind of love. The narrator Earl Ober is ‘between jobs’ and his wife works nights in a diner at the edge of town. He goes there one night and hears two men sitting talking about the way his wife skirt rides up as she dishes out ice-cream and how mesmerising but disgusting that sight is. Earl decides his wife is going to diet, so that she’s not such a slob and she agrees to his request.

I also read about the standoff Carver had with his editor Gordon Lish, with accusations that Lish was the real writer in the partnership (see below) mediated by his later partner, and muse, Tess Gallacher. http://www.theguardian.com/books/2009/sep/27/raymond-carver-editor-influence

That was seven years ago, so I’m a slow reader. Shoot me. When I edit someone else’s work I always tell them I re-write everything in my own image. Take what you need. Ditch what you want. It’s your work. You make those choices. We had this debate on ABCtales about the merits of traditional publishing and self-publishing, but if someone had sent me Carver’s –published- work and I hadn’t read it before, or knew who he was, I’d classify it as likely to be self-published. Sure there are some great stories, told in simple sentences. Like Hemmingway there is no metaphoric flourish, whether this is for ideological grounds of being rooted in dry realism I don’t know. If Hemmingway and Carver score a one on the metaphor scale and writers like Anne Tyler score a ten, then my own writing is filled with the dry pebble of failed metaphors, words that buzz round the wrong hive and, in general, would score eleven and a bit.   But some Carver stories like Tell the Women We’re Going, The Bath and Nobody Said Anything I just don’t like very much.  That’s life.