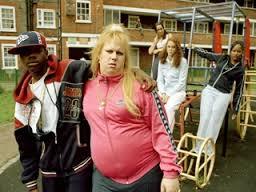 You can’t talk about housing without talking about facts on the ground, the inequalities of wealth, health and educational opportunity. We seemed to have slipped back to the 1980s pop with A-ha, ‘Take On Me’, with an election and the Conservative Party pledging to give tenants a chance to buy the house they live in, not council housing this time, but housing association stock -- at  discounted prices. Private housing is good, public housing is evil, even when it’s nominally private housing such as housing association’s. A simple dichotomy that has served our politicians and masters well.

Lynsey Hanley (2007) Estates An Intimate History tells the reader: ‘council estate...’ ‘is a sort of psycho-social bruise; everyone winces when they hear it. It makes us think of dead ends (in terms of life as well as roads), stereotypes, the absence of escape routes’.

I’ve an admission to make, infected by fecklessnes, and that slough of despair, I’ve never owned a home or had a mortgage, and can be lumped in with asylum seekers in Peter Lily’s remarks to the Conservative Party Conference 1996, (quoted by Nicholas Timmins The Five Giants: A Biography of the Welfare State).  ‘Not so much Cook’s tour as Crook’s tour’ and ‘young ladies that got pregnant to jump the housing queue’. Think Vicky Pollard, not the fat middle-class Matt Lucas that lives in affluent (for some) south-east of England, but the dustbin-mouthed character he portrayed. Don’t imagine satire but the reality that racists can be prosecuted for inciting race hatred; David Cameron promises to ‘drain the swamp’ that created Islamic extremism; but take any kind of pop at the poor, go on call them crooks and  scum that get all their money from drug dealing and fiddling the state, with upwards of  60% on the worst estates out of work, and politicians and celebrities will line up to applaud.

An irony Hanley notes is those with the lowest level of crime and those most unlikely to be robbed or assaulted are the most well protected.  A clear line had to be drawn between us and them. The poor were never more guilty of being poor and being a council house tenant wasn’t  a badge of dishonour, but a gun to the head of the more affluent as they moved in increasing numbers behind gated communities. Hanley writing in 2007 noted 72% in the United Kingdom and rising could afford to own their own home. Discounting those renting from private landlords, which is somehow seen as being better and exempt from national ridicule and the media smear campaign, about a fifth of the population can be written off as welfare scum that are breeding quicker than the more affluent home owner.

The low point of council house building was the Ronan Point disaster in the East End of London in 1968, when a gas cooker exploded the tower block simply crumpled. A rule of thumb for good quality housing is when children can and do play in the street. In her notes to Chapter 3, ‘Slums in the Sky’ she quotes from a report in the Observer, 2005, which notes that most children ‘living in the sky’ in Birmingham and London, are black. This is the hidden racial element to council housing. Ronan Point was a white enclave badly designed, in a remote location, based on the fascist sympathiser Le Corbusier ‘for machine living’. Quite simply, it was flung up and tied together with bolts, bits of paper and plaster. Hoddit and doddit. Imagine the Shard being constructed with whatever building material was available and using unskilled workmen. Who would you blame? Building giants such as Wimpey and Taylor Woodrow lobbied local authorities to buy prefabricated-tower- block kits, which they would build for them, at a price, and for central government that offered local authorities higher grants for the higher they built, extra subsidy for building over five stories. The mix was irresistible and a quick fix to a Conservative crusade under Macmillan to build 200 000 council houses and beat Labour who promised less. Quantity rather than quality was the new watchword. Value for money. Ronan Point cost £500 000, or in modern terms, a parking spot for a bicycle in Central London.

‘By the end of the 1970s, 4500 tower block had been built.’ Tenants with little choice ended up in the sky. Low quality housing, damp, difficult to heat, with few if any social amenities. What local authorities did not factor into the equation of renting to increasingly large numbers was that the housing was so poor that maintenance costs would outstrip rental charges.  English Heritage in 1998, for example, estimated the cost of repairing a tower block in Sheffield that included damage to the concrete infrastructure by wind and rain (let’s call it British weather) ‘infestation’ and [other] ‘structural weakness’ to be around £30 000. Cheaper to demolish. The Segal report around the same time also suggested it was just as cheap to build two-storey houses as it was to build high flats.   Those that could left. Those that remained in council housing were the undeserving, rather than the deserving poor.

The Right to Buy scheme was a double whammy for local authority councils. The best council housing went quickly leaving the unlivable and the unsellable. But it could have been worse. Early seventies Conservative thinktanks, Timmin’s notes,  suggested simply giving them away.  Central government strangled them in another way. They did not allow local government to borrow or build new houses. The hollowing out of council housing was based on the ideology that the market knows best. Hanley estimates that socially rented homes have bumped along at about 50 000 a year since the mid seventies, but to have any kind of impact there would need to be a return to Macmillian-type figures.

The present Tory government’s policy is to stimulate demand and not increase supply. The latest wheeze is  by giving money to pensioners, allowing they to access their pension funds and purchase property as an asset in  ‘buy-to-let’ portfolios. Demand for housing over £2 million surges.  The government as well as being lender of last resort also acts as guarantors for middle class home buyers and giving house builders a bung; and they print electronic money and give it to those nice bond buyers that helped create the crisis of 2008 so that the bubble of housing greed keeps growing, whilst cutting off credit to those in need. A good example of this is Tottenham Hotspur FC being given government cash for building new homes, as part of their portfolio, but refusing to build social housing they’d first agreed upon, because it was uneconomic. You can’t argue with that. Poor people don’t count. But whisper it. Poor people’s labour and disposable income are the engine of the economy. Unless you can find them somewhere to live they’ll be no economy. It seems obvious, but some people would rather they’d just go away. Be careful what you wish for. Break off a  bit called Scotland. We’re left with the poetry of politics as something that is done to you.

Turning and turning in the widening gyre

The falcon cannot hear the falconer;