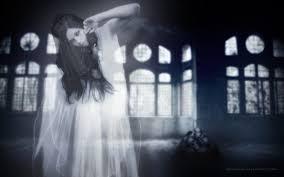 I kiss the ghost in the study, you have to wind down curved stairs to reach, pass a similar entrance, with a similar set of keys, and fly down another flight of steps. It’s a long narrow room underneath four large houses filled with the debris of comings and goings and flittings and things forgotten and fondly remembered, a bathroom without a bath, a kitchen without a sink, two desks, a table, a chair and bric-a-brac that stretches out in no particular order, waiting to be picked up and found and discarded and forgotten once more.

There is order to the musty pipes that roars like pigs and shelves that give the room an ordered feel with symmetry and straight lines, running at a clip from floor to ceiling, overflowing boxes, ready to trip and fall open,  festooned with the past of report cards that should have done better, wedding pictures in which the bride wears white and always smiles too much, babies scowling up at the camera, trying to make sense of the world, collages that lacked common sense, but as they age, grow both a patina of forgotten colours and bristle with the smell of mildew, children’s drawings that never age, birth lines and marriage lines that outlive their owners, accounts that always late and add up in a heavy-hand of red, dirty magazines that are now simply nudes and forgotten books never opened and never read, wasted and dead.

Clothes have the corners, a shabby presence of hats without heads, the frames of coats  piled higgledy-piggledy on one another and coupling, men with women’s, men with men, women with women, grey bespoke suit and floral-pattern dress shop falling on each other without shame. Needing rubbed down. Needing taken to the cleaners. Lost little rags, good for nothing, but the slag heap.

Each time I meet the ghost she is always beautifully dressed. Strangers talk to her in the street, touch her sleeve and laugh as they reminisce about the clothes they once wore. Men hold doors open for her and women play hostess in shops, cafes, restaurants, pubs and clubs and they want to make her their new best friend. They tell her secrets they’ve never told anyone before. Then they feel guilty and relieved and a little haunted when she disappears.

The formality and care the ghost takes with her appearance funnels through into her work. Few people can see through her. She makes her notes.  We sit together on leather couches that have lost their sheen in the basement with the lights off, drinking glass after glass of Coke, listening to Mahler’s fifth symphony on the wind-up toy of a gramophone. Sometimes she pulls a cheap trick and smokes Gauloise, using an onyx cigarette holder, but never more than one, which she rarely finishes.

She refuses to sleep with me, claiming that she’s too old and besides she knows all my secrets and that I don’t really care for her. But I live in hope. I wake in the morning and skip breakfast and go downstairs. She doesn’t eat, but she has set up a little refrigerator with milk and orange in it. She advices me what to wear before we go out. An ascot sweater if it’s cold outside. Sometimes a scarf, always a tie, she’s old fashioned that way. Cufflinks. She’s big on cufflinks. A new pair for a new day. Just looking at them you can see they’re money.

Her work is to do with feelings and facts and she says we’ve got to dress the part. I’m learning she says and soon I’ll be ready to fly the nest. Her lips taste of honey-balm, childish but true.

This is beautiful, haven't read these blogs until now because I can't even keep up with the stuff on the site. Some gorgeous, gorgeous imagery and phrasing. Will visit all of the old ones at some point, one-a-day, like vegetables, only nicer.

don't worry sooz I can't keep up with it either and I write it. Sure, you've got Charlie and water-polo to contend with.