The Day Before Christmas 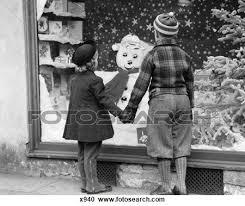 Christmas Eve is the cruellest day. Doreen steps up behind an old guy stinking of fags and booze, sporting a baseball cap back to front,  reddish hair spilling downs his back in the vain hope it makes him look younger as he taps his four-digit number into the bank-telling machine. He has a quick squint sideways and behind him to see if anybody’s watching. Cars are parked on the corner of the road, engines running, spitting out exhaust, fresh air a disturbance of diesel fumes. A girl with a buggy wheels it back and forward, back and forward on the pavement. Her child dressed in a pink jumpsuit, squeals and flings herself against restraining straps but even with the hood up to keeps her dry, rain drifts in sheets sideways mixing with sweat and snot and tears helping to create a torn red pickle of a changeling face. Two younger guys stand at the end of the line, leaning against the railings spitting into the traffic, trying to outdo the other and hit a passing car. Doreen looks quickly away. She’s glad when the old guy gets the money out of the machine, counts it and pulls his long coat up like a skirt to stick it in the back pocket of his denims. Her card is already in her hand. 5-7-4-8 she taps in, and turns to half-smile at the dumpy wee woman behind her to reassure her that she won’t be long. She stands frowning, shoulders hunched, leaning forward for a few seconds scanning the message, not understanding:   INSUFFICIENT FUNDS PLEASE CONTACT BRANCH. She tries again and again. There should be £90. INSUFFICIENT FUNDS PLEASE CONTACT BRANCH.

Doreen doesn’t want to turn around, can hear the shuffle of feet, and feel the restlessness of those that are waiting. The nearest Bank of Scotland is three miles away and it will be closed for Christmas. Doreen walks away, doesn’t look left of right. The woman behind her pushes forward, barely registers that she has stepped aside, has machine eyes only for numbers and buttons. Doreen acts as if it doesn’t matter. Her hand rises automatically to make sure that her dark hair isn’t too wet and gone that straggle way that she doesn’t like.

She drifts away, jolted out of her thoughts, standing with rain running down her face ruining her makeup at the crossing in front of Lloyds Pharmacy.  The beep, beep, beep of the traffic lights makes her stutter and start. A black Hackney engine rattling its off-key presence close to the metal railings at her hip. Diagonally across from it, a blue Jeep, going the other way, towards Dalmuir West with a guy sitting looking out the window at her, scoping her out, waiting for her to high step in her heels cross the road in front of his throbbing bonnet.

But at home the lights have went out and the heating is off and her pal Lizzy is waiting for her to come back and pick up Chantelle and Jake and there’s a knotted hanky in her throat and she can’t figure out a way to telling the kids that there won’t be any presents, there won’t be any Christmas dinner, that in fact there won’t even be any telly or cartoons to keep them occupied.

Too late she steps onto the road. The taxi jumps forward. Its horn blowing a waspish trail all the way along to the lit-up Christmas tree that is positioned outside the library every year.  The Jeep is gone, when she steps backwards in time, back onto the pavement, the driver’s neck twisting to taste one last glimpse.

There’s a brightness about her that she knows always attracts the wrong type—like Johnny. Already a mother, her mum played doting granny, babysitting when she met him. He always grunted when he came as if he’d done a job of work. She’d be silent sneak away to the toilet and sit on the lavvy pan, waiting for the front door to click shut and the sound of feet fleeing.

It was one of Johnny’s pals. A brief relationship with Johnny even though it produced Chantelle was like Chinese burns. And when she asked herself why the answer always came up as unsatisfactory as the failed pregnancy test that signalled her daughter was coming and not going anywhere soon.  No way of undoing it. Undoing him. Wiping him away like smoky semen from her hips. Good girl.

She swallowed the urge to lick her lips and smile at the skinny guy that swaggered towards her. Her mum had accused her of being never able to stay out of trouble, of never being able to say “no”. The boy’s name that was coming towards her stuck in her throat like Christmas’s lights. Darryl something. Her hand was shaking when she pulled her phone out of her pocket. She’s no credit but hit buttons as if she’s texting. A gap in the traffic gives her wings. Tottering off the pavement she ran across the road, feeling the breeze of an old lime-green Jag as it swerved round her without stopping.

‘Stupid fucking slag,’ she hears the bigger of the boys say.

She could hear her breathing and prays for the lights not to change back again. But the boys lose interest and keep walking down towards the Co-op, not even looking in her direction. Somehow she feels that is worse. Shivering inside she wants to do something silly, to provoke them and prove that she is alive.

Rain remakes the day, pelts down, makes her greyer than shadow. Her clothes an amorphous wet and chaffing sheet against her swollen nipples, her hips stick out like coat hangers as she trudges past the Methodist church and the derelict garages, near the canal her mother had always warned her never to play, and  where she now has a house.

Doreen wants to get changed first before she picks up the kids. Her hands are so cold she can’t manage to get the key in the front door and drops it onto the pavement. Street lighting vandalised. Getting down on her hands and knees she prays for sight of the key and gropes about the edge of the uncut grass where she’s sure it’s bounced. Trailing her hand like a comb, she develops a method, sweeping systematically one way then the other. It feels squidgy and she knows without bringing her fingers to her nose that it’s shit.  Falling down on all fours, she’s bent over retching, a sign that needs no trumpet of angelic voices. Wearing calamity like a hat she sits down on her front stair and weeps.