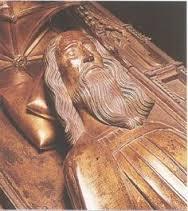 Frank took two days to hitchhike down to London. It was all new. A night sleeping in a plastic bin bag sheltering outside a Tube station, with what seemed like every dosser in town. His cheap rucksack with a change of clothes, and loop of torn leather strap, lopsided him. He carried it like a ball, but it made a goodish pillow, raising his head above the stink of pee. The Sally Army came during the night, nipping between sleepers and wakers, parcelling out cartons of hot minestrone soup and doughy white bread. The police arrived later with dogs, a dim presence, but did nothing about the two Jakies fighting, coats flapping as they grappled with each other. One of them was a thick set woman, her shriek seemed to tame the other. They lurched away dancing together through the station, arm in arm. Another day wandering about before he found Kings Cross and he’d have loved to jump on a train and went home.

Outside the station, behind him, a short distance to the right, with his bum against the metal railings with cars whizzing past in the steady downpour, he noticed somebody loitering and casually studying him with soft brown eyes. He was a baldy wee guy, ginger beard tight to his face, oddly dressed in a shirt and tie, but with hiking books and knee-length woollen socks pulled up over manky denims.

‘Just up from Glesca?’ he asked.

Frank clutched his rucksack close to his chest, his Parker hood pulled up, peering out at him. ‘Nah, been here quite a while.’

The wee guy smiled with crooked teeth, closed the distance between them, his hand outstretched, ‘Malky Mukherjee.’

Frank hesitated, swapped his rucksack to under his left arm, before shaking his hand. ‘You don’t look like a Paki.’

‘I’m no’,’ he said, his shoulder twitching, his shirt soaked through, red tie stuck to his thin chest. ‘You lookin’ for work?’

‘Fuck off,’ said Frank, dropping his hand and taking a step backwards. Black Hackney cabs took the turn off the station sharpish, tourists with their suitcase snug inside staring out at them.

‘You don’t have a jacket in that bag I could borrow?’ said Malky.

‘Where you been?’ Malky stood motionless as a cigar-store Indian as Frank towered above him.

‘Nane of your fuckin’ business.’

Rain ran down Malky’s face, but he made no move to wipe it away. He coughed and coughed, bending over and hacking up green sputum and spit, drooling it onto the tarmac. Frank bent over and unpicked the buckle and clasp of binding leather straps and reached into the bottom of his rucksack and pulled out socks and pants before, finally, a balled up Wrangler jacket. He handed it to Malky.

The sleeves were too long, but Malky folded them backwards on themselves and he stopped shivering.

‘You got a hotel picked yet?’ asked Malky.

Frank dug deep into his coat pocket, fishing with his fingers, pulling out a fifty-pence piece. ‘Here. That leaves me with seventy-five pence.’

Malky hardly glanced at it. Slipping the coin into his side pocket. ‘There’s a social security office not far from here.’ He was all business now. ‘I’ll show you where it is. Tell them you’re homeless and require an emergency payment for accommodation tonight. You’ll need to hing about a few hours, but they’ll pay you a giro. Cash it there.’ He pointed through the traffic. ‘And I’ll show you a good hotel, just round the corner, run by some Polish bint. Cheap, but clean. Bed and breakfast.’

The Grange hotel wasn’t far from Kings Cross and Euston. Frank slept as long as possible, right up until cooked breakfast was no longer served. He ate cornflakes and ham and egg and toast and filled up on orange juice and tea. In the better weather he napped on bench in an enclosed square nearby, before swapping one church ground for another, and walking to Westminster Cathedral. Sometimes Malky was there and sometimes he wasn’t. The old man acted as an unofficial guide for visiting tourists. Frank had grown into his role of deaf mute boy. He acted a bit stupid, his head flickering from one thing to another as walked stiff legged behind them. He preferred the Japanese, they were the most generous always surprised—but not at surprised as Frank—and delighted that Malky was fluent in their language. Fluent in any language. Frank had heard him speaking German, Spanish and French. The only thing he couldn’t work out was how he wasn’t a millionaire. In addition, he seemed to know every inch of Poet’s corner. He’d given him a quick rundown on the first day, before latching onto a pair of middle-aged women, red Gore-Tex zipped up to their chins. Foreigners in anybody’s language.

Frank’s job was quite a simple one. He was to dart away and lead the way, stamping like a horse before a tomb and making strangulated noises, he’d gotten rather good at.

Malky interpreted and it all began with Geoffrey Chaucer he explained buried in the hallowed grounds of the Abbey around 1400. Now home to many of our greatest writers. He went through the grunts and groans that Frank made and disputed whether Shakespeare’s remains could actually be interred in a tomb as there was some uncertainty whom he was.  Dryden, Cosgrove, Tennyson, Macaulay, Browning, Thomas Hardy, even the actor Lawrence Olivier. He made a face when T.S. Elliot was mentioned with John Milton. No one could doubt his knowledge of the great and the good. Frank’s piece de resistance was mooning over the grave of Old Parr, a seventeenth-century poet whose fame rested on living to 152, or so it was said. He added a whimsical smile here, as if debating with himself.

No money changed hands, not on such hallowed grounds. It was all done for love, love of poetry, love of his fellow man.  Malky acted shocked that they could think such a thing.

Frank’s job was to tug on his shoulder, make anguished juddering noise and pull him back towards the bemused couple. Malky castigated Frank in broad Glaswegian, pushing and pulling at him, tell him snippets of things he had picked up about the marks. The plot thickened with each strangulated cry. Psychic links.  Fools and their money…

Enjoyed reading this. And really pleased to see you are over the hump with support for the book. Won't be long now! x Lane

Praise indeed Lane coming from you. Hopefully over the hump.