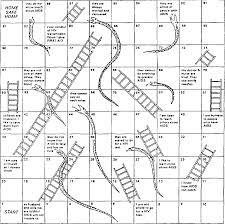 After spending our dinner money on sweets, Brendy nipped across from St. Andy’s school and bought two single fags from McLaren’s newsagent for the journey home. We cadged a couple of matches from the throng of other kids, hanging around the bus stop, waiting for the Corpy bus. A dash of faux-fur round our faces made us into two urbanised Eskimos, Brendy in his blue nylon getup, me in green. Parker hoods, and pull-out igloo snouts, made it difficult to tell us apart. We shuttled the fag between us, careful that the other wasn’t taking the piss by hanging onto it too long, or slobbering all over the tip like an amateur. Adidas school bags banging in rhythm, rubbing against blue jeans, we slouched along Dumbarton Road, and we told each other the most outrageous truths.

Miss Barclay was our first-year Maths’ teacher. We weren’t really listening when Mr Coyle introduced her, our triangular noses stuck in hypotenuses. There was a lot of skulking low in the chair, fingers flying and flipping to the back pages of the text book, which offered answers, but not solutions.  He was a tall man, head of the department, tweed jacket and Boris Karloff smile. He taught his subject with the lash of the tawse.  He might have said student-teacher, our brains too befuddled by random numbers to fully comprehend. It added up to he was leaving the classroom and she was staying. There wasn’t any whooping or cheering because he continued to peak through the vertical slat with reinforced glass at us.

Thirty-two sets of dotted beady eye raked Miss Barclay high flushed cheeks, arms a loose knot of pink Cashmere, the delicate filigree of chain and gold crucifix hanging between over-ripe ganzongos, she chewed on her bottom lip and attempted to smile, whilst we worked out the best angle of attack. The steady hum of the traffic outside seemed to dim. Beaky Behan in the back row, let rip with one of his specialities, a foul smelling fart, and we choked on laughter. Everybody but the snobby cow, Marie Lochhead, with the chair beside the door, who thought she was something, thought she should be in the higher stream in the classroom across the corridor. Miss Barclay looked expectantly through thick long flickering eyelashes at us, and she was the closest any of us would get to a present on a wet and windy Tuesday afternoon.

‘Shagged her in the cupboard at playtime.’  Brendy clopped along beside me. The thought made him so deliriously happy that his hand trembled as he cupped his fag hand from the wind. His mum and dad, both blind, were older than crocodiles. Because he fooled them so easily he grew up believing that when he said he combed his hair, that was the same as actually combing it.

I kept plodding along, shoulder level with the corrugated fencing in scrapyards, away from the splash of the road. ‘Must have been after me then,’ I replied, taking one last drag, before dropping the fag and grinding it into the pavement. We stopped and stood for a few seconds at the tenement houses beside the plots. Brendy pulled down his hood, walking any distance with it up, made you feel as if you had your head stuck in a smelly drain cover. He ran his fingers through his blonde hair, itching his scalp. We could have went through the tunnel and out onto Singers Road, which would have been quicker, but we were at war with another gang, The Trafalgar Street square-goers.  SGO, which meant the same thing, was daubed on the high walls with metallic red paint on the bridge above the tunnel. We hadn’t actually fought them, but traded insults and looped a couple of bricks, almost hitting one of them, from our side of the train tracks. The four SGO gang members were younger than us, but known to be vicious killers. We took the long way round the shortcut, walking down to Duntocher Road and slowed down to light the other fag as we got up towards the Scout Hall.

It was my turn to take the first drag. I pulled my hood down to let him see me taking a lungful. He reached for the fag, but I batted his hands away and took another drag and another. We scuffled. I held him off easily with one hand. When he looked like giving up I went to hand him the fag, but when he reached for it, I pushed him away and took another drag. He was beeling, but there was nothing he could do about it.

‘Fuck off then ya big nosed baldy headed cunt.’ His face was screwed up like a balled goalie’s glove.  I jolted backwards, stumbling against the cast-iron fence, when he pushed me in the shoulder, bawling, ‘that’s the last time I buy anything for you’.

He moved in close enough for the reek of damp unwashed clothes to hit me square. I thought he was going to punch me, and I didn’t want to batter him. An old guy with a skip bunnet past us, making a wide-danced detour onto the road. ‘Here,’ I held the fag out to Brendy. ‘I don’t want anymore.’

He sniffed a few time, scrutinising my face before reaching out and picking it from my fingers and taking a quick drag.

‘There’s still more than half left,’ I pointed out.

He squinted a look up at me, then back down to the fag in his nicotined index finger and thumb. ‘Aye,’ he said.

We moved along a bit. The pillar outside the hall screening us from the wind and rain.

His neck twisted and he cocked his head as he looked up at me. ‘Fuck aye!’ he said. ‘Yer nostrils are the size of dinner plates. If I’d a nose that big, I’d just plum kill myself.’

We walked slowly up the hill together. ‘You want twosies on this?’ He held out the flickering remains of the dout.

But he didn’t wait, had already flicked it over the wall at the dentists. He went right at the bend of the road and I went left.

In my house, I dropped my schoolbag in the hall and dashed into the toilet, snibbing the door. The mirror above the sink was mottled with brown stoor and had a crack in the corner. I threw my head one way and the other, frantically feeling with my fingers for where the bald spot might be. I felt something and then nothing and then something and nothing again. And I thought if I angled my head, jutted my jaw and stood on tiptoe, I could see something, but then just as quickly it was gone. I couldn’t look any more. My shoulders dropped, my life finished. I knew what I had to do. I’d need to marry Marie Lochhead before she found out I was bald.

I sat on the towels on the edge of the bath, careful not to look in the mirror as I worked out a strategy. We’d probably need to go out on a date and stuff. She’d probably ask me if I liked her. Later she’d ask me if I loved her. I’d need to be honest and say that I didn’t, but I Iiked her big tits.  I’d probably need to wait about three or four years, until we had a couple of kids, before I told her I was baldy and didn’t love her either. I stood up, glad that I’d got that settled.

But as quickly as I was up, I sat down again. What if Marie Lochhead asked me if she thought she was good looking?

I’d need to lie for her own good. I’d tell her if she was a bit smaller, and no’ as fat, and her eyes weren’t the way they were, she might be good looking. I was sure she’d looked in the mirror and thought that herself.

Mum banged on the door. ‘You in there? Hurry up, your dinner’s ready.’