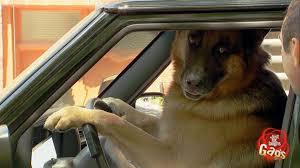 Dan’s birthday. Their bedroom stinks of stale fag smoke, booze and the acrid burn of hash.  After giving him his present, and another kind of treat, his girlfriend coughs up the ‘love’ word and spits out the word ‘kids’. It’s cool. He’s pleased. But not pleased enough to hang about the room and kitchen they share. Plans are for middle-class jerks. Life is taking him on another ride. When he becomes a baldy old man at thirty he’ll marry her, or somebody like her, but with better tits and an arse that doesn’t sag like the mattress they share. He believes now is the time to take himself for a couple of birthday drinks in his local, the Club Bar, on Dunbarton Road.

Outside, standing in the cobbled back lane, he pulls up his denim collar against the smirry rain. A few other men trudge along the in the same direction. A woman pushing a Silvercross pram is going in the opposite way towards Mountblow.  He sneaks a look at her face. She’s a bit of a dog and her snotty-nosed kid sitting up in the pram screaming acts gargoylish.  He walks into the lamppost outside the tenements at Dunn Street.

‘Are you alright?’ A fair-haired older woman appears, an Alsatian dog guarding her back, and helps him up.

‘You walked into a lamppost,’ she says.

‘I never noticed,’ he says.

He nips shut his nose with forefinger and thumb and examines the blood stain on his fingers. ‘I must be sufferin’ from concussion.’

The dog bounds forward. It leaps up with hind leg on his shoulder and chest, it pushes him backwards a step. He totters, but regains his feet.

‘Your eyes are bit dilated and your breathes foul as a moggie,’ the dog says. ‘But I would doubt that has got anything to do with concussion.’

Dan takes a step backwards, stumbling, clattering the saucer-shaped lid to the ground. Household rubbish from the bin, a bashed tomato Heinz soup and egg shells filled with hair and muck spill out.

‘Lady,’ Dan says to the fair-haired woman, ‘can’t you keep your dog on a lead or something?’

‘Bitchy,’ says the dog, looking up at his mistress. Then it sits on its haunches and howls. A train passing on the track running parallel to the lane sounds its horn and adds a higher more plaintive note.

‘Shadow,’ the woman says in a stern voice, ‘can you please stop that infernal racket’.

‘I’m a dog.’ Shadow cocks its head as it looks up at her. ‘That’s what we do when we’re hurt. Get him to apologise.’

A gentle smile flickers over her face. She turns to Dan.

Shadow pads forward, growls, and its lips peel back and drool pinks gums and sharp canines.

‘Perfectly alright old boy.’ Shadow scratches its haunches, a skiffle the dog adds to by scraping its bum along he ground to itch it. ‘You had a bit of a shock. Why don’t we take you for a walk up the park? The fresh air will do you the world of good. You might even want to throw a few sticks. Give your arm some exercise while exercising your legs.’

‘Is he for real?’ Dan nods his head towards the dog.

‘Oh,’ she laughs. ‘He’s very real when it comes to flinging sticks.’

The dog bounds ahead. Dan and the fair-haired woman amble through the damp-smelling tunnel that led into Dalmuir Park. Dan spent the next half hour throwing a branch that the dog picked out and continually drops at his feet. In this way they cover about a mile, up past the burn and out onto the golf course.

The fair-haired woman tags on behind. Dan tells her something of his life. He exaggerates a little, because although she’s well past it, she has a pretty face. She interrupts, asks about things he hadn’t really thought of. When he tells her of his forward-thinking strategy to eventually get married she grabs onto the arm of his jacket.

‘But who would want to marry you? You’re so incredibly boring.’

The dog drops the stick at his feet. He looks down at Shadow.

‘Don’t look at me for backup,’ says Shadow. ‘I’ve been listening to you. And I listen to lots of people. You’re probably the most boring person I’ve met. Normally, I’d bite you. But you’ve been good enough to throw some sticks. And besides it would give you something interesting to talk about. I can imagine you making up stories and telling your poor would-be fiancé about “The Day I Got Savaged by a Wolf’. But you’re so boring I don’t want to make your life interesting by default. If I’d any respect I’d just go and pee against a fencepost and sniff round about it for a long time. But I’m shameless when it comes to sticks.’

The dog’s head falls and it scampers away. It lifts its hind leg and takes a long pee against the metal fence near Littleholm flats.

He stood awkwardly looking at the fair-haired woman. She shrugs her shoulders, one higher than the other.

‘I’m sorry,’ she says. ‘Shadow perhaps said too much. But you know what Alsatians are like, they always speak their mind.’

She tapped her temple, to indicate he is daft.

‘Of course they can speak,’ she says. ‘You just need to listen. That’s why you’re so boring. You drone on endlessly and never listen.’

With that she claps her hands together. Dan looks round and walks into a lamppost.