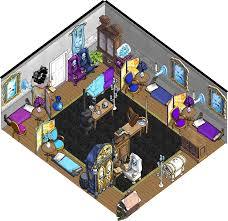 Cast adrift.  Poppy’s single room in the hospital annex is sparse and milky as a bone. The umbilical cord of the machine by her bed works almost silently, keeping her alive in spurts.

Older people with bodies like a burst couch no longer irk her, their stupid ideas no longer seem petty and vain. Going into a deep sleep in their presence she has given them a gift of trust and she feels an ecstasy of love and concern in return.

Poppy met Tom in The Drop Inn. She yawns with boredom, same old faces. She stretches and crosses her hands over her belly. He’s half ugly with nose and raggedy teeth and three quarters handsome. Shoulders rolled under his coat. Drawing drunkenness around him like a hair shirt, but his eyes are as clear as gin. He’s busy getting smashed. Could tolerate only so much conversation before he split. His Levis were torn, dark, stiff looking, and his boots ground into a slant at the heel. As sexually attractive as a chewed Digestive biscuit. It’s something new. She chose the challenge of love like a beggar before a banquet.

With each Vodka Ice her head topples another stone of her own wanton imagination. A sound that ceases to exist. Yet does. In her heart beating. Music from the jukebox doles out misery. Last record. Waterboys. The whole of the moon. Dancing.  Phantoms in the bar drift away. A petted lip. Speak to my heart the song says. Bargaining and sleeping with him a chimera. She doesn’t want comfort. Stupid people afraid of themselves. Their own guilt. Their own glory. She wants discomfort. She wants the spit of flames.

The dark edges of Poppy’s vision grows inward. She makes him notice her. Grabs the arm of the bar stool, falls over, and flops down into his lap. Hair like fallen autumn leaves. Hands holding onto his arms. Never letting go. His face closed, lips prim. She shrugs her shoulders in resignation and her golden eyebrows float upward.

When she wakes up the next morning she feels a hand on her shoulder. He is standing over her with his going-out clothes on. The same clothes he always wears.

His absence cast no shadow. But her dreams that she could save him, the wee sculptures of her mind softened like wax under a midday sun.

Downstairs in the living room Poppy sat on the couch facing the telly and spooned Ready brek into her mouth and practised eating like an ascetic Japanese person with chopsticks. His mum sat on other settee and smoked, watching her like a cat. Peroxide helmet. Roots like a shaving brush. Beauty an old habit. Poppy left her phone number on a slip of paper. ‘Be sure he gets it,’ she says.

They met again in their local. Friday night. Going-out night.  Marble changes colour before he would make the first move. She feels obliged. The intoxication of kicking a habit before she has it.

Drift of time. Clothes damp as a sepulchre. You’ve been in the water. Women’s thoughts – about men. Incidents. Scenes. Tied together and drifting apart. Coalescing. One page stuck to another and ink blotching and mixing bubbles of words. Angry raised voices. She’d show him. Washes out of herself. Joy suffuses her heart. Then in. Past and present breathe in distant galaxies of dreams. The future a spilt jar.  Body trembling like a magnetic needle searching for true North as she chokes. How can she say ‘no’ to the absolute?  Stares out with blank memorising eyes, peers out at the newness of all things.

Can no longer speak. You wanted to tell your nephew and nieces, owl-eyed with eagerness to shout and jump and play, but they are held back by parents who hush them in your presence.

Wanted to tell them so many things, about the water washing you clean, about losing yourself in the stream and finding yourself grounded, not doing what other people wanted you to do. Words filled with the bloom of joy died on your lips. Blank screen of faces. Open mouths filled with sterile words wormed from a fortune cookie. That region in your chest filled too full to speak. Salt tears diluted your hurt and filled the void.