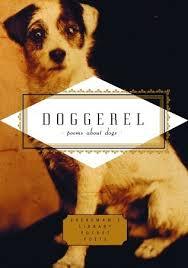 ‘Bullying is about jealousy,’ said Detective Doggerel. ‘We’ve not got a suspect. What we do know is that a word has been murdered, splattered all over the page.’

‘Get out there,’ he said, ‘and see who has been hanging around villanelle town. And, for God’s sake, make sure you don’t get spliced with one of those trick endings, that look the same, but…you know what I mean and you know what happened the last time? And when you get back I don’t want one of those monosyllabic reports. You get me?’

‘Take your time getting there. We usually hit an enjambment. I want rigour here and flexibility there. Don’t let anyone escape. Keep an ear out for those that say they’re feeling stilted. They’ve got form.’

‘Hey, come on, freshen up, this isn’t no pantoum. Some guy out there thinks he’s a writer; murdering words. We’ve got ourselves a flasher and serial killer.’

‘Do you know who it was?’ said Sergeant Sloth. ‘Have we got a motive?’ And when Detective Doggerel had turned his back, whispered to his colleagues: ‘he’s been on the ink again this weekend. Glug. Glug.’

Detective Doggerel chose to ignore Sergeant Sloth. ‘I’m feeling a bit…melancholy. I think I’ll need to lie down for a sestina. Get forensics on it and see what they can tell us. I’ll need to nip out first and get a prescription. Don’t buy into those proper nouns when I’m away. They’re dangerous. Get them in a line-up. Split them up. Move them about. So that we can see what we’re dealing with. And don’t let any of them bully you, pushing themselves to the end of the line. Try to get a feel for what kind of form they’ve got. Bring that attitude back here. And remember, some of them can be treacherous, waiting for the right moment to cut you up. Keep them regular behind a template.’

‘Initial report from forensics,’ said Sergeant Sloth. ‘Looks like an anagram to me. She’s got a big head. Thin. So we can see through her. Brace a question mark against her neck until she squeals.’

‘But it might be kid!’ said Detective Doggerel. ‘I think we need more variation. Not just pulling in the usual stereotypes. We don’t want them to get off - police brutality and  criminal damages because of claims they’d been hit by clichés.’

‘Quieten down lads and listen! There may be a struggle, but we need that, it’s a good way to push yourself and push on. I might have to change things about, but it’s for your own good, and you’ll know what I mean. And remember there are those out there that don’t know right from rung.’

‘We need each other. But don’t get too attached. Try and make up petty little differences. But don’t fool yourself that elation isn’t really a crime. These guys are subversives. Close them down and put them away. I’ve seen them up close, crying, I didn’t mean to do it that way.’

‘Get out there. There’s always something we’re missing, some queer mimic, with slant rhymes that has got us gasping for a break.’

‘It was different in the old days, of course, more of us were on the beat and working for the crown. You guys have got it easy now. All you have to do is string a few sounds together and you get a poetry promotion.’