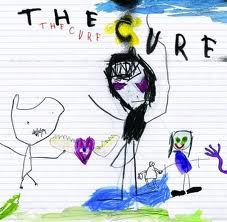 I never met Mr Hitler but he seemed like a nice man,’ said Mum.

Mum wasn’t fazed by my outburst. ‘That’s what I said.’ Her neck went all tortoise on me and she stared over her specs with a half-smile on her face.

Mum has a translucent brain. Well, she doesn’t really, but I got an A for using that kind of term in an essay I wrote for old Granger. He rumbled on about it being, oh, I can’t remember, but I like the sound of it and I honestly did get an A for it and using it here is as good a place as any.

I know exactly what she means. Mine’s the same, but different, more rubbery, less prone to flying and more prone to growing up and up and up like it’s being pumped full of air, like the tyre on my bike. I don’t really notice. But Mum is forever banging on about me needing a haircut, with Dad butting in with the wisecracks, and saying it’s because I’ve no brains to hold my head on. It’s true. I have got a funny shaped head. I can feel it under all that hair.

The problem isn’t my hair which hide two sticky out ears like speakers.  Or my nose which is the kind of trophy a snorkling anteater would be proud. No the problem is my stupid teeth. Our dentist said I’d too many teeth and they were crowding out my mouth. What does he know? He’s baldy. I’ve always had teeth like that. Even when I was wee. Even when I was born.

Every day I get somebody making the same crack. ‘What’s up Doc!’ Danny Connelly did it today and made the same stupid Bugs Bunny chewing noise. I’d have told him his breath smelled like Peppy Le Pew and  pulverised his head against the toilet walls if he wasn’t bigger than me and in third year.

I slope off leaving mum dozing in the chair watching Coronation Street on telly. She’s got that fixed smile on her face as if she’s not dozing off, but she is and she definitely said Hitler.

I’m in the back bedroom. It’s all right in there apart from being a bit cold. A big bit cold. Dad says it would put balls on your balls. He’s never funny, but sometimes I smile at him as if he is. He would never say Hitler for Hiller, cause he’s always reading books about Hitler.  He would never say I met that nice Mr Hitler. He would say I was spoilt rotten.

I stick on one of my records for company. It’s the new Cure album Kiss Me, Kiss Me, Kiss Me, but I’d rather not. Robert Smith is a freak, but I like him, because his hair is black but really its ginger like mine, only better. I read that in my sister’s Jackie.  I can’t imagine how he’d have the bottle to wear eye-shadow.

I sit scrunched up on top of the bed, knees banging together to keep the heat in and try to like the songs. It’s not easy. It’s a voice like somebody continually poking you in the chest with a bony finger and everybody laughing in the background. I don’t mind. I’m good at not minding. One of the lines makes me look up at the curtains. ‘A girl looks like Christmas’. I like it, even though it’s stupid like Mum with her Hitler. That Robert Smith just makes things up.

If I was a rock star I’d just shag everybody. Well, almost everybody, apart from, obviously, Meta Ball. I’d have a back-catalogue of people I wouldn’t shag. Before I wouldn’t shag them I’d tie them naked to a wooden chair and make them listen to Lovecats and I’d prance about naked too.

The problem with Lovecats is nobody knows how to dance to it, apart from girls obviously. You can’t really pogo to it, cause it’s too plonky. And it’s not one of those moonies that you need to get up to and prove, once and for all, you’re not really scared of somebody that is always chewing Wrigley chewing gum. And there’s no safe way of doing it.  Hump backed works to a certain extent, with a hand on the tip of your partners shoulder, but trying to make sure your cock isn’t jumping about like a rifle in a firing range, puts a dampener on things. Lovecat is kinda morgue music. You could imagine Dracula bobbing about to it in shoes too small and leaning over for a bite.

I dance in the space between the beds and imagine I’m dancing with Pauline Bradley. She’s got on those little lace black fingerless gloves and her long hair…

Boys Don’t Cry is stupid.  I’ve never heard a stupider song in my whole life. If boys did cry they’d get a good kicking. And whose fault would that be? My shoulders shuffle and I make a growly face in the swing-down mirror of the chest of drawers. The song is so stupid I like it.

Why Can’t I Be You? catches me like a punch in the stomach.  It’s as if the singer knows me, knows what I know, knows who I know. As if we talk the same language but he’s wrote it down and bought a guitar and made it happen.

When it ends I lift the stylus, careful not to scratch the record and make that awful itchy sound and put the song back to the start. I sit on the edge of the bed and look at the curtains swaying with the wind from outside and really listen. Then I play it again and again and again…

Dad bangs on the wall telling me to put that rubbish off or I’ll get  what for. I don’t care. I feel squidy inside. Cured.