housing - a poverty of ideas. 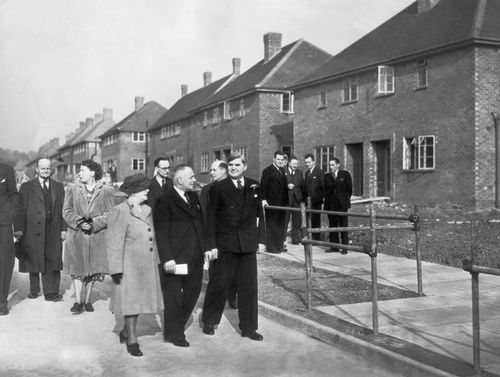 The former business secretary Vince Cable estimates the United Kingdom needs 300 000 new houses to be built every year to prevent house-price inflation.  There are an estimated 1.7 million on the social-housing register in England alone. I was never great at arithmetic, but quite a dab hand at drawing where the X marks equilibrium in a diagram of supply and demand. Let’s just say Vince Cable wasn’t very good at his sums either. House building reached post-war record lows in Scotland and Wales in 2011/12 only to be gazumped by England’s record lows in 2013. London, of course, is a separate nation and, as Vince Cable should know, being a former MP at Westminster, but with fully subsidised housing, it’s cheaper living on the moon than living in London. Social housing is for the birds.

What great ruse does Vince Cable’s former boss have to solve this housing crisis, prevent house-price inflation (which paradoxically is seen as a good thing and symptomatic of a healthy economy) and provide homes for those that can’t afford to buy their own? His track record suggests it may involve taking money from the poorest and most in need and giving it to rich folk. Nicholas Timmins in The Five Giants gives a spurious shorthand account of how such government should work. David Cameron, for example, would meet with his Oxbridge cronies once a year and parcel out public services to private firms on which they just happen to have some family on the board. Less bureaucracy. More efficient.

Extending the tenant’s right to buy to private (often with charitable status) Housing-Association stock whose growth has been fuelled by a transfer of stock from local-authority housing is perhaps too far-fetched for even Timmins to contemplate. Like Baldrick in Black Adder, Cameron has a cunning plan. Housing Associations will be compensated for losing housing stock by local authorities being forced to sell their most prized assets, houses that have perhaps too many bedrooms and are worth more than the average-priced house in the area, or perhaps houses adapted in some way for a disabled person. These large families and disabled folk will, of course, be forced to give up living off the largesse of the state and buy their own home. Or they could go and live with their mum like three million other adults. It’s thus a double whammy for poor folk looking for a house. Housing Associations set up to provide affordable social housing will lose stock and will have many of the problems of raising capital to invest in new stock facing local authorities. Think of any figure less than 100 and you’ll be near to the number of council houses built in the last three decade. Housing Association lose a house to tenant who gains the average cash-bingo prize of over £100 000, which he or she can keep to live in or just sell on. There’s millions of housing refugees out there.   And the inefficient and bureaucratic local authority also loses a home. That’s two homes. Winner and losers.

Just before the First World War a board game called Monopoly was created. It was meant to parody the lucrative game of buying and selling land and property. Unlike today, the rules were clear. There’s no get out of jail card in this game. Poor people without homes go straight to jail. Rich folk, another throw of the dice. Try a little pension-pot prize manipulation. It’s always double six. Winners and losers.