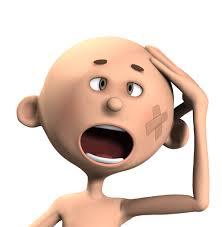 Lots of people (well, one person—thanks for that John Urquhart, but remember my job is to exaggerate) have asked me when they can read Lily Poole. I was hoping the book would be out by Christmas. But it’s not quite as simple as that. Every word must be weighed and every sentence measured. Any you’ll hear the odd snide comment: Lily Poole could certainly do with losing a bit of weight, look at the states of it. I’ve hooked up with a personal trainer and slimmed the story down. Unfortunately that added an extra 1500 words, but obviously that’s solid muscle and not flabby narrative. It’s not my fault if I’ve got a propensity for words and images that are like the dazzling glittery coats favoured by Abba when singing Waterloo.

My own Waterloo wasn’t writing the story, but selling it. Try stabbing yourself in the eye. That’s how much fun it was. I almost gave up a few times. In fact I did give up.

I’m at the stage now when the story is to be assessed by a copyeditor. Issues such as whether a full stop should be inside or outside quotation marks in extended speech that includes clauses with descriptive narrative will be resolved. Or maybe not.

Time is the killer. We want something now. Amazon’s whole business model is based on giving something to consumers right away. Tomorrow is seen as an insult, where a discount is given for late arrival. But books are like trees. They take that bit longer.

Let me put that into context. I’ve got a friend Peter who has wrote a marvellous book. He’s not got a publisher. That takes time. First of all he needs to get an agent. That’s not easy. He’s got to send a synopsis of his story. And also a sample of his story, around 10 000 words and a cover letter telling his would-be agent who he is and where he got his Masters in Creative Writing. I’m thinking here of D H Lawrence’s, ‘The English Agents Are So Nice’. It’s a middle-class game played by nice middle-class people. Peter tells me out of 1000 applicants agents usually take only one. This process of sending letters our and getting knocked back can take years out of your life. Little wonder so many would-be authors self-publish.

Agents also run gladiatorial contests pen against pen, or even women. I admit I played along and entered Nibfest. You guess it. I got into the top four but got the Dear John letter telling me to try again and you might get lucky next year. English agents are so nice. But they can just fuck off.

Nobody ever states the obvious. You need luck. Massive amounts of luck. Peter and me are two sides of the same coin. If he could write as quickly as me, he’d be writing this and I’d be telling him to fuck off as well, but in the nicest possible way.

‘The world is, it just is,’ says Dorrigo Evans in Richard Flanagan’s 2014 ManBooker Prize Winner, The Narrow Road to the Deep North. Running through Flanagan’s book like the letters through a stalk of Rothesay rock is the random nature of things, and how luck plays a large part. I don’t have the right sort of connections, but I do, because I got lucky. I want you to read my book more than you want to read it. Don’t get me mad. I don’t want to resort to being nice about this.