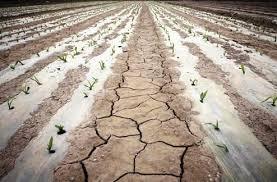 Dear Mrs T, it’s confirmation of all the things I already knew. I’m thick, racist and rude. The media are on to us. Upper-middle class folk they say never smell because of course they never do any proper work, apart for lunching and launching some must-have accessory we don’t really need but must have. Think of Alexander Boris de Pfeffel Johnson’s sister, Rachel, editor of The Lady. They use her family as an exemplar of everything that is sick within our nation. Think of Boris. Our Boris. Shoo-in for the next Prime Minister. Read Classics as Oxford. No one ever fails Classics.  Bit thick. Bit blokeish. Just the sort of man needed to sort out the economy.

They treat Curtis Sittenfeld's  American Wife, loosely based on the Harvard educated George W Bush, as if it were factual. They use it to lampoon, make the outrageous claim he was so thick they didn’t trust him to manage the family firm. They tattle that a few like-minded friends had to band together and make him US President, where he couldn’t do any harm.  He wasn’t racist they claim, but anybody not American was as suspect as a black bloke carrying a table leg or plastic toy that looks like a gun. Boris isn’t racist. Charity begins at the stately home.

In the same way that many people questioned whether a number of moneyed folk got together to sort out whether a hanging, pregnant, or dimpled chad should count in the key Florida election in 2000, George W Bush lost, but miraculously won,  many non-moneyed folk are questioning the assumption that we don’t deserve what we own. They cite spurious facts like year-on-year money list of the 1000 riches folk in Britain, which has grown 30% every year with little or no increase in GDP. They use the Gini coefficient as a kind of blunderbuss which places the UK as the most unequal European society ranking below Ethiopia.  That in fact we are the product of a fucking wealth subsidy and that the poor pay for the rich. That all we do is move money around, a rentier class that lives on former glory. That we are some kind of rich- type carpetbagger, like Roman Abromavich - who gets all his money from some state-sponsored scam and fucks off abroad and buys Chelsea. Let’s face it, the media say, Chelsea the football club, not Chelsea proper, only a Duke of Westminster could own that kind of swag.

They’ve been especially cruel to our friend Osborne who has the temerity to make only £35 billion worth of spending cuts when everyone agrees much more is needed. £55 billion are still to come, are in fact overdue. Everyone that is anyone knows the simple equation of sack the menial staff that will scare those that remain into working longer hours for less pay – and glad they will be to get it. Don’t scare the polo-ponies and all that. If folk are worth nothing, they should get paid nothing. Makes sense.

Only it doesn’t to some. I can’t believe how the red-top papers keep harping on about BG the oil and gas company’s one-off award of £12 million and a new £25 million pay deal for its new chief executive Helge Lund –and this was only after his last pay deal six months ago. He’s obviously value of money. The little men in the media have focussed on the mundane. They cite the average public pension of those that worked their whole career in the public sector and receive £4000 per year. Lunch money for some. Workers need to understand that they can’t retire willy-nilly and expect to be supported forever.

David Cameron, of course, spoke of the ‘great ignored’ during the 2010 election. The media have seized on this. Door-stepped the poor man. Pushed cameras in his face asking him if he means the £40 billion in unclaimed government benefits every year, including pensions, or the more than £70 billion in the tax-avoidance cartel. They openly hooted at him as he explained that the estimated £1 billion pound lost a year in benefit abuse is more important and we must be hard on a something-for-nothing culture. Some of them have even compared David to Boris, cited the Etonian tradition of looking the other way. They print front-page pictures of fellow nobs, like the billionaire business man and Conservative Party policy advisor, Sir Philip Green. He claims he doesn’t pay corporation tax on, among others, the aptly named Topshop, because legally he didn’t own it, his wife did. By some perfectly understandable fluke of nature she had flown to Monaco. Shame really. But our Prime Minister did show leadership in the way he handled the crisis, in the way he went about saving the nation, saving public money by sacking tax inspectors and saving even more money coming down hard on those who perpetuated such leaks to the media. Commercial information as we all know is private, it should not be there for the general public to gawp at.

Just when I thought we could rationally discuss fiscal investment in the ring road under Stonehenge, it was an autopsy in a pub car park that grabbed all the headlines.  DNA revealed Richard III may or may not have had porphyria. This is a hereditary blood disorder, marked by among other factors protein build up and, in certain cases, a sensitivity to light. In penny-dreadful fiction it’s associated with vampirism. It’s right up there with Elizabeth I was really a man in drag. But already David Icke and his lizard theory of history is getting some screen time on one of the Freeview channels.  But DNA also shows that there was some infidelity in the Tudor bloodline. Without being crude – the queen fucked around. There’s been calls for current incumbent of the crown, Her Royal Highness, to appear on the Jeremy Kyle show, and take one of those free tests he is always banging on about. Better still, the lie detector test. Ask her if she ever did like you much Mrs T?  I can’t see it happening, but she is getting bad press about her own tax avoidance. Her grandson, Prince Edward, dressing up in the regalia of a common person a few years ago at some University night out, and speaking lower-class oik, led to suspicions of cuckoo in the nest, which couldn’t have been much worse if he had dressed up in an SS uniform, at least here there are some precedents. Queen Victoria, his great-great grandmother is referred to in the popular press as a super-breeder. Stories abound about her sexual prowess and how she produced so many feckless rich folk she single-handedly colonised more of Europe than our troops during both World Wars.  The media are asking how much longer we can put up with the idle rich. I think our Royal Highness should appear on the Jeremy Kyle show. At least when he throws out his usual barbed comment: ‘Are you working? Go on get a job’ snarl, her Majesty can remind him she has got a job, she’s the head on a coin that the referees throw up before their beloved game of football. That would be front-page news. We need all the help we can get. If it’s a class war we’re losing.