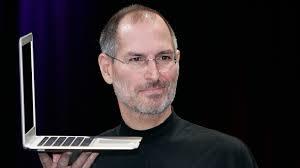 Steve waved his hand in the air like a flag. His teachers was doing geography—countries of the world, with a box of colourful little metal pins sitting in a cardboard box on her lap, to show what she meant. She briefly looked over at him. ‘You’ve just had playtime and you should have went them.’ She sighed. ‘As I was saying the Swedish flag is a lovely blue and gold colour and as you may well know it’s the country that gave us our beloved Henrik’.

The boys in the front row dropped their shoulders, flashed their gums and smiled back at her. But Steve in the back row, underneath the shelf with the old-style goldfish-bowl telly that no longer worked, stuck his hand up in the air and kept it there. ‘Miss, Miss, I’m bursting. Why am I called Steve?’

His teacher glowered at him, her painted on eyebrows lifting into a frowning forehead. ‘Don’t be so silly. Because that’s your name.’

‘But I used to be called Paul,’ he said.

‘Don’t act so silly.’ His teacher stood up to her full height of five- foot-two carefully putting the box of flags on the table behind her.

‘Why is the cow called Steve?’

She put her hand on the desk in front of her to help her stand. Her wonky hip, giving her gyp, so she stood for a second gaining her feet.

‘Why is my sister called Steve?’

The other children in the class giggled. He knew what was coming next and his voice rose in agitation as his teacher bullied down the row of desk and hauled him by the lobe of his ear to his feet. ‘Miss, why are you called Steve?’ He squirmed as he was dragged, trailing along behind her. She pushed him into a seat in the corner beside the rows of Ladybird books they used as a library and forced him to sit facing the wall.

His shoulders slumped, his head fell and he bit on his bottom lip. ‘Why’s everybody in China called Steve?’ he mumbled, feeling the tears beginning to form.

It's not my job to say why everybody is called Steve, Steve.