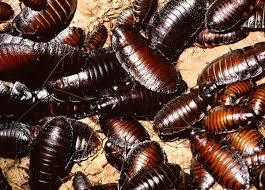 Alys Harte investigates rogue landlords. This makes a change from the more common media narrative, beloved of Channel 4 and 5, of unscrupulous single mothers ripping off the state by, for example, working part-time as a dinner lady, not declaring their earnings, claiming state benefits, and thus bankrupting the nation by spending their ill-gotten gains on a twenty packet of Dorchester. Double whammy. Factor in the cost to the NHS of smoking addiction, among unscrupulous single mothers, force feeding their children chips stolen from the school canteen and you’ve got that Tory magic of the ticking time bomb.

Alys goes undercover, not very well with a camera crew following behind her, but it’s an amusing way to spend a half hour watching her doorstep landlords like Mustafa, who reverses away in a Porsche and doesn’t even have the decency to say ‘no comment’ or hide his face. Why should he? He’s not done anything illegal like smoke on hospital premises. He’s simple got derelict properties squeezed as many as humanly possible into them. One estimate from Ross Spencer of Lewisham Rogue Landlord’s team was 23 to 40 people all claiming Housing Benefit, £5000 per person per year, and it makes good business sense to get people cheap and stack them high in a modest-sized house with a couple of derelict bedrooms.

Or the appropriately named King family who own a caravan park full of people that are on permanent holiday.  Alys claimed they made £1.8 million in 2014, but profits were down. They made £2 million in 2013. Alys didn’t interview them, but the viewers did see pictures of them. And in these pictures the rogue landlords were grinning.

Happyvale, is another example, were customers are happy to have the company of cockroaches. Steve Gethin the manager of the hotel explained that it was best to leave the dead cockroaches as bait for the live cockroaches because they would choke eating them. Sewerage running through their room, that was easily explained by sewer pipes being defective and not having enough cash coming in to fix such problems. It was the state’s fault for the state of the place.  Becky, a tenant, showed us around. There wasn’t much to see. Her room was the size of an upright coffin with a bed in it. She paid, or Housing Benefit was paid on her behalf, at £150 per week, £600 per month. Becky liked it that much she had been there ten years.  Alys did her best to shock the viewer, but for all the pictures of cockroaches and sewerage I’m just not buying it.

I’ll put that into context for you. In 1994 £3.7 million was paid in Housing Benefit in England. If we go back even further to 1979, £5.1 million was spent of housing, but around 95% was spent on building new homes and 5% on Housing Benefit. The reverse is now the case. The movement away from subsiding the building of new homes was stopped—in its place the subsidising of rich people. In the words of Margaret Thatcher the state must ‘withdraw as far and fast as possible’ from i) building, ii) ownership iii) management and iv) regulation of housing.

Thus the programme shows the anomaly of Lewisham Council referring housing applicants to Ridley Villas, which feature in the programme. Spencer suggested fines such as £5000 such landlords face are hardly a deterrent for property owners that can routinely make £800 000 per annum from Housing Benefit.   Alys was too busy chasing gangsters in Porsches to finger the real culprits. People with little or no money have little or no choice with regard to the type of housing they can afford. And consumer choices are narrowing. Tenant’s choice is the biggest scam of all.

1st December 1966, Shelter became a registered charity. Serendipity favoured it. Jeremy Sandford and Ken Loach’s Play for Day Cathy Come Home which dramatized the homelessness of an ordinary working-class family caused national outrage. Questions were asked in the House of Commons. Something needed to be done. What needed to be done was build houses. 500 000 homes a year. Much the same as required now, just to stand still.  I can’t see questions being asked in the House of Commons about Panorama’s great expose.  The Great Housing Benefit’s Scandal is a scandal, but they are looking at regulation as holding the key to a property owning future. It’s quite a simple equation. Sell off housing stock, don’t replace it, demand increases, rents go up, and more people become eligible for mean’s tested Housing Benefit, including those in work.

One of the giants the economist William Beveridge claimed needed to be slain on the road to reconstruction was ‘Ignorance’. Panorama misses the target.  Rogue landlords, like cockroaches, have always been with us. Thatcher’s children have created a perfect breeding environment.  We need shelter from the argument we need greater regulation—which we do—but there are losers and winners in the housing market. We need mass building programmes and affordable housing for the mass of the people. Simple.