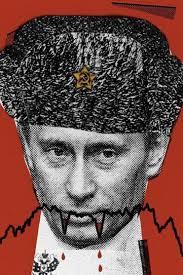 This book of 362 pages is three acts, which I read in two gulps. On the cover is a quote by Lee Child: ‘Reads like a classic thriller…but it’s all true, and it’s a story that needs to be told.’ Part of the reason for this is the way the book has been written (or ghost-written).   Browder remembers every conversation and it’s all there. A naïve young Browder, for example, is in Murmansk’s best hotel in the Arctic because no one else the London Salomon office he works for wants to go there and no one objects if he does.

‘Tell me Mr Prutkov, how much does each one of these boats coast?’ I asked. Irina still translating.

‘We got them for twenty million dollars new out of a shipyard in East Germany,’ he answered.

‘I did the maths. A hundred trawlers at $20 million each meant that they had $2 billion worth of ships.’

Browder has perfect recall, not only what he said and felt at every moment, but what other’s felt and saw. This is the aha moment, when he realises that if there are assets like that sitting untapped in one part of Soviet Russia after the fall of the Berlin wall, there were other assets lying like untapped barrels of oil to be picked up. In this he was correct. Privatisation of state assets mean that tranches of companies could be picked up for a bottle of vodka.

Browder prospered. On page 1, he shows the power of numbers. In 2000 CEO of the Hermitage Capital in Moscow and ranked as ‘the best-performing emerging markets funds in the world…generating returns for investors of 1500% for those that had been in the launch since 2006’. Company worth $4 500 000 000. But this is chicken feed and a direct challenge to the power of newly minted Russian oligarchs. The difference between the ordinary Russian citizen and his better connected apparatchik peer was in the range of six to one. Those at the top, on average, got paid six times than those at the bottom. In post-Communist Russia, like Britain, an ordinary citizen would need a sputnik to touch their better off bosses’ wages and bonuses. In the former case this seemed to take not a generation, but almost overnight.

Like any good novelist Browder is inside the action and a third person omniscient narrator. The forward to the book is dedicated ‘To Sergei Magnitsky, the bravest man I’ve ever known.’ And (Act 3) Browder is with him in his Christ-like death. ‘By the summer of 2009, Sergei’s health had seriously deteriorated…He crouched with knees close to his chest to alleviate the pain. When the nurse was finally done, she barked in an accusatory tone, ‘Okay. Why are you here?’

In the opening scene, 13th November 2005 Browder gets off a plane from London to Moscow. He’s ‘Persona Non Grata’.  Like the protagonist from Death and a Penguin while others around him that have challenged the Russian oligarchs at Gazprom have died, not so mysterious deaths, he has remained alive—and solvent. His expose of his enemies’ outright theft of Russian assets he puts down to being in Putin’s interest. CEO of Gazprom Putin. President of Russia. Putin. The man that brought the oligarchs to heel and (allegedly) invaded the Ukraine. Putin.

When Browder’s interests and Putin’s were no longer symmetrical and Browder’s claimed that eight Russian Interior officials had stolen $230 million of taxes paid by his company to the Russian state that could not go unchallenged. Not because it wasn’t true, but because it made Putin look as if he was head of a gangster state that he had lost control of.

Browder fleeing to Britain with his wealth intact allowed him to continue his fight. But the death of Alexander Litvinenko by a radioactive isotope of polonium and the mysterious death of Alexander Perepilichnyy, who both talked about Russian corruption, showed London wasn’t a safe haven.

The arrest of Sergie Magnitsky a young Moscow lawyer who represented Browder and Hermitage Capital could be expected. In Russia there are no happy endings to a story. His torture and refusal to sign a confession is, in any nation, heroic. Magnitsky’s death led Browder to petition American Congress to gain support for sanctions against those directly implicated in his death. The Magnitsky Act united both Republicans and Democrats.  Browder’s Moscow show trial, in absentia, belongs to a different era, but it is perhaps too early to say how brutal Putin’s regime will become. This book takes you inside modern Russia.