A few words to the wise 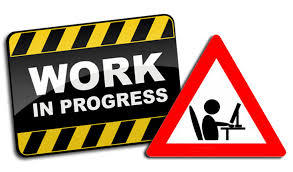 Let me take you back to sometime in 2013. I was a little-known writer publishing my work online on ABCtales. That’s not changed. I write for fun and sometimes it’s funny and sometimes not. Usually the latter. I don’t really care. I’m just kicking around ideas in the same way I used to kick a ball around (and no I don’t need reminding how bad I was at fitba, I’ve got a dodgy knee to remind me). Way back in 2013, when I’d a full head of hair, ABCtales had a change of editor. Luke Neima came in. He was a young Canadian guy, easily excited and full of puppy enthusiasm for all the great writers on ABCtales. That lasted a full two days.  But he was living in London. That meant he had to have a minimal of three jobs just to eat dirt that wasn’t pay dirt. One of them was with Unbound. You see the connection – yet? Unbound ↔ ABCtales  ↔ Jack O’Donnell↔ Luke Neima↔ Unbound.

The next bit is easy because like Lily Poole, originally titled School Photos, I’d already written it.   http://www.abctales.com/story/celticman/unbounders-away

I wasn’t daft enough to think getting pledges would be easy. I’ll say no more on the subject as I’m currently receiving medical treatment for Post Traumatic Pledge Disorder (PDPD).

After that everything is easy because it’s no longer about selling, but writing. That’s the bit I like. Re-writing is a bit like exercising. You need to lose words just in the way you need to lose weight. That way the narrative goes further and everything is that bit tighter. You get assigned a personal trainer. Mine was Luke, who’d already read the first-draft manuscript, and Sally Foreman, who hadn’t. That’s a good mix, because one has seen the flabby manuscript and the other has only seen the slimmed-down flabby manuscript. They give you porky pointers and you re-write. Easy peasy. I was like a pig in the trough for that part.

The next stage, the stage Lily Poole is at now, is copy editors read over the book and look for inconsistencies. Where the full stop goes after extended speech, for example, differs in British and American publications, but more importantly it needs to be the same throughout the book.

Next typesetters set the pages and formats for printing.

Proofs from this stage come back and are sent to proof-readers. This is the biggest difference between self-published work and those works published by a publishing house. Final edits are agreed upon with the author and that’s almost it.

Books don’t sell themselves. Artwork on the cover plays a large part. Look, for example, at the design for the cover for exABCtales writer Joe Dunthorne’s (2008) Submarine. I’m not a designer, but I’ve submitted what I think would be a good idea for the cover of Lily Poole, whether it gets accepted, or not, is not really up to me.

Unbound decides when the final manuscript goes to press and is delivered to subscribers. That’s also nothing to do with me. But you’ve got to be fair about it and you’ve got to be smart about it. It’s only fair that guys like ABCtales writer Laurie Avadis, Ex, who rifled through pledges like someone enjoying shooting down the myth of PDPD were published before I’d even finished rattling the collection tins. And it’s only fair guy like ABCtales Ewan, Gibbous House, who reached his pledge total (exceeded his pledge total by almost 10%) before Lily Poole had reached the 50% pledge total, should be published before me.

But Unbound didn’t get where it is by being stupid. With limited resources it needs to stagger each publication to ensure maximum publicity and potential sales. Fewer books are selling and those that do tend to be at a knockdown price. The big hitters such as (god help us) Dan Brown, Martin Amis, J.K.Rowling all come out to play at Christmas. The marketing machines of publishers spend millions. It’s perhaps best to hold back.