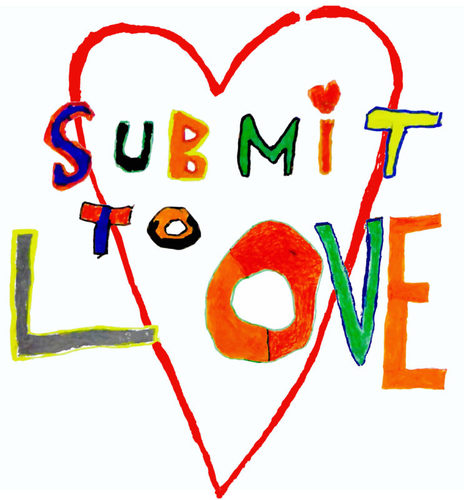 Happy New Year one and all, and a warm welcome to all new supporters!

The work-in-progress I'm going to share with you today includes a thought bubble with part of the Submit to Love studio logo inside it. It's of my first journey to the studio, so I was full of anticipation and thinking of nothing but.

I think I'm probably going to have most thought bubbles throughout the book head-shaped, and I quite like the idea of playing around with where I place them. Here, the bubble is in a separate panel to the character (me, obviously), and it is accompanied by a wheel of orange. The idea is to explore the notion of two spaces - the material and the psychic - as symptoms of brain injury and art exemplify a crossover of both. 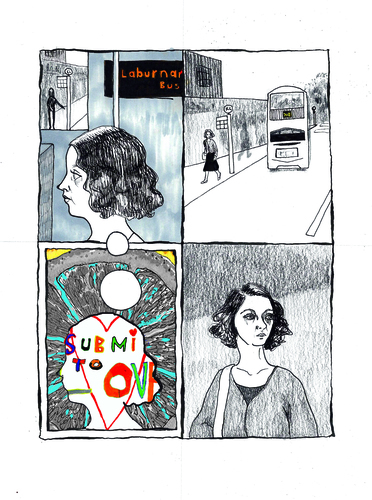 The name of the studio, 'Submit to Love' was decided by member Tony, and he also did the logo. I really love his lettering! Full logo above. When I asked Tony why he chose that name, he said, 'When you come here, that is what you have to do'.

Talking of letters, I have an upgrade offer...I will send you a hand drawn 'Like an Orange' font initial of your choice if you decide to go up a pledge. You'll get it in the post straightaway but make sure you let me know what initial you'd like and where to send it to. Feel free to email me on walliseates@gmail.com. Here's a C (an orange's fave vitamin): 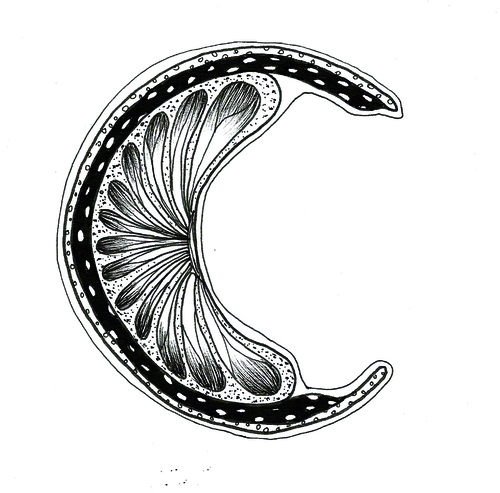 Finally, I had such a great night last night at the graphic novel forum I co-organise in London, called Laydeez Do Comics. A fellow Unbounder, Lucy Sullivan, presented her project 'Barking', and we were joined by fully funded Unbounder, Jessica Martin. If women graphic novelists are your thing (and they so should be), then I urge you to check out both these artists as well as Laydeez Do Comics (we have branches all across the UK AND THE WORLD, so don't worry if you're not in London). Here I am with Jessica and Lucy. I'm the one who's swallowed a pair of stilts. 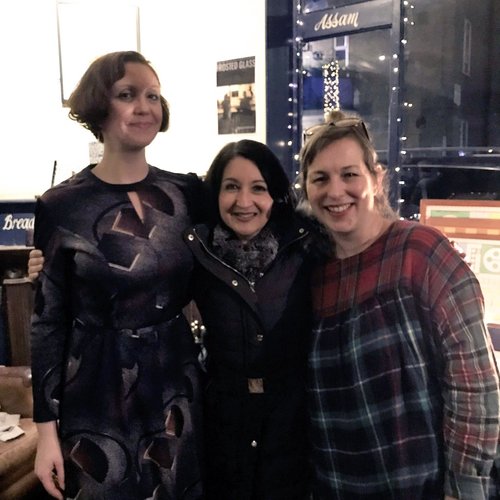 Bye for now, love and pith,