The Life of Death

An intriguing novel in which 'Death' struggles with the Devil, to regain her life & to enjoy love. 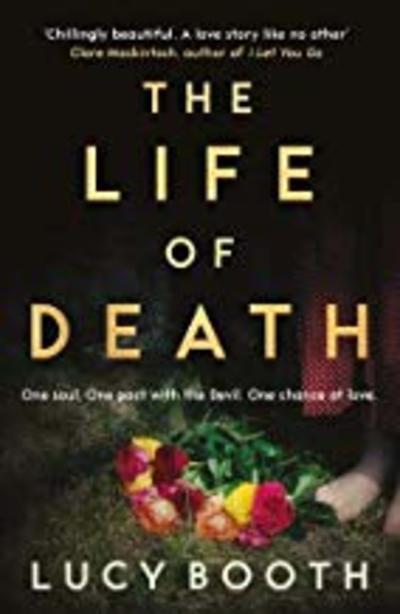 Fiction | Sci-fi & Fantasy
You made The Life of Death a reality. It's available in all good book stores now.
$8
130 pledges

First edition hardback + eBook and your name in the back of the book.

An limited edition A3 coloured print of the book cover artwork, + a first edition hardback + eBook and your name in the back of the book .

One Ticket to the Launch Party

1 ticket to the launch party in London, plus a first edition hardback, eBook and your name in the back of the book. (date TBC)
$165  + shipping
3 pledges

5 copies of the first edition hardback + eBook and your name in the back of the book.
$225  + shipping
29 pledges

It begins in medieval Scotland where Elizabeth Murray is condemned to burn at the stake as a witch. As she hangs from the wall of her cell she is visited by a strange, handsome man who offers her a deal: her soul in return for eternal life. But what he offers is not a normal life: to survive she must become Death itself.

Elizabeth must ease the passing of all those who die. appearing at the point of death and using her compassion to guide them over the threshold. She accepts and for 500 years whirls from one death to the next, never stopping to think of the pain of her missed life. Until one day, everything changes. She – Death – falls in love.

Desperate to escape the terms of her deal she summons the man who saved her. He agrees to release her on one condition: that she gives him five lives. These five lives she must take herself, each one more difficult and painful than the last.

The Life of Death is the story of those five deaths. It is a novel that combines great beauty with great pain, and profound insight into the nature of love and death.

The writing of the The Life of Death is as remarkable as the story it tells. Lucy Booth was diagnosed with breast cancer in 2011 and approached it with characteristic determination and humour. Lucy died in 2016. During those five years she wrote this novel and it was her last wish to have it published posthumously.

Now, with her family’s full support, we need your help to make it happen.

A copy of the eBook
Buy now
View all 8 rewards