It’s been a very busy last month. I came back from a successful trip to Gallifrey One in Los Angeles, the big Doctor Who Convention. It was officially announced that I will be illustrating a comic strip written by Richard Dinnick for the Seventh Doctor series published by Titan,

I came home to more great news that I’ll be playing controversial MP Shirley Porter in a new satirical drama “Shirleymander” at the new Playground Theatre this summer.

So what about the graphic memoir? When’s that happening. Well, first off, I can confirm that the full script for the book has been approved by my editor, Lizzie Kaye.

I have now started the first stages of illustration. Some of you, I know, are experienced comic creators so forgive me if I’m stating the obvious. But I will talk you through the step by step because possibly many of you don’t know how it goes. 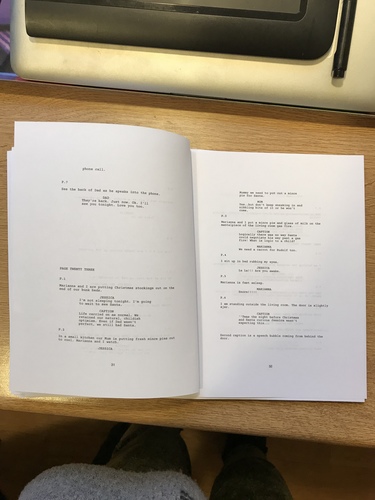 after the script is complete, is to lay out a rough version of how the book will look with text and pictures. I draw out tiny versions of just the panel layouts first. Then I do what are sometimes called ‘thumbnails’. Mine are drawn out in final print size with detail where I need it. So far to date I’ve done about 17 pages.

Here are a few pics to show you what I mean.

I’ll be back here with more developments soon! 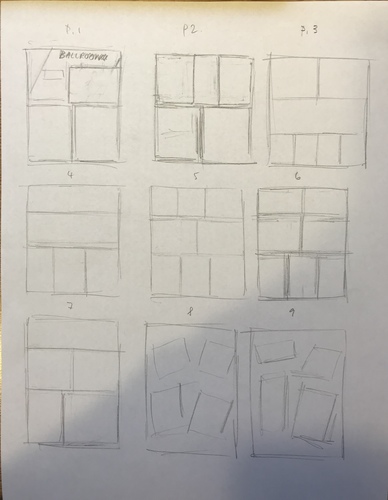 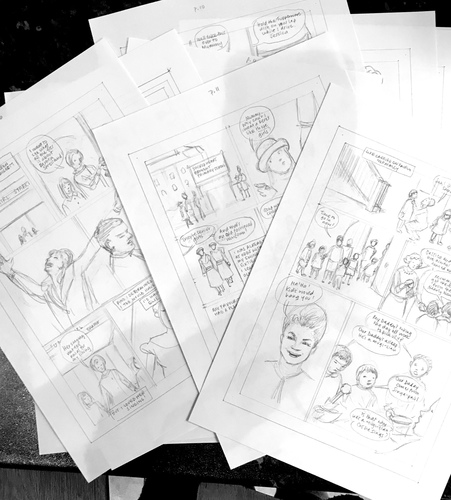 Fascinating to see the process, Jessica. Thank you and good luck with your other projects - they sound very exciting!

Thank you, Christian. I’ll keep you up to speed with lots of insights and techniques!

So interesting to read all this Jessica! And congratulations on the new work coming in. Xx

Thanks FJ! At last I get some traction! Xx
Happy International Women’s Day.