Life After The State 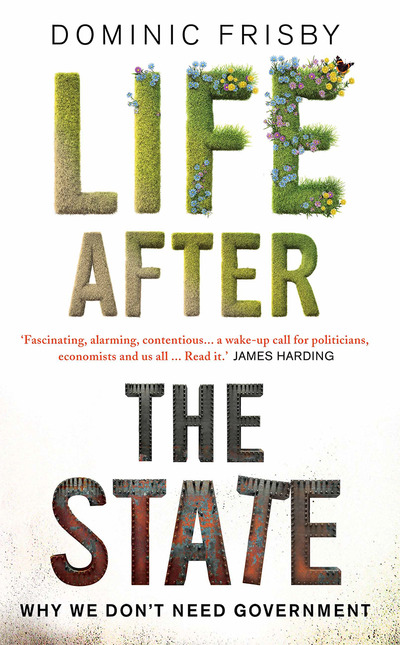 Business
You made Life After The State a reality. It's available in all good book stores now.
$15
416 pledges

My name is Dominic Frisby.

In 2005-6 I became disillusioned with the advice my financial advisers were giving me, sacked them and, reading insatiably, began to look after my own money. I was fascinated by the world of finance.

It quickly became obvious to me that the global economy was a train crash waiting to happen – and it amazes me that leading politicians, economists and journalists all, without exception, failed to see it coming. Mad though my friends and family thought me at the time, I put everything I owned into gold. It has since appreciated by several hundred per cent.

I read more and more voraciously. I started a podcast as an excuse to meet, talk to and learn from some of the incredible financial and economic minds I had come across in my research. Moneyweek Magazine asked me to write a column. I all but sacrificed my 'other career' as a comedian.

This book is the culmination of these seven years of study, bordering on obsession. Just as I saw the financial crash of 2008 coming, I now see another one, even more calamitous, headed our way; only this one has serious political ramifications as well. But now, as then, not one high-profile politician, economist or journalist seems to "get it" - because not one of them have correctly identified the cause of our problems.

I had never thought, before, about the nature of money. I never realised that there is a direct link between what we use as money and liberty, honesty and efficiency. It is in money – the blood of an economy – that our salvation lies.

Support this book, and I’ll explain all.