Letters to a Beekeeper

By Alys Fowler and Steve Benbow 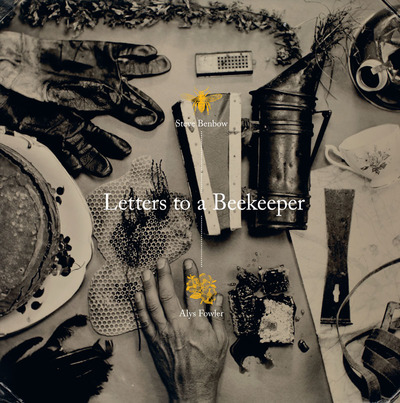 Letters to a Beekeeper

By Alys Fowler and Steve Benbow

A beautifully illustrated story of friendship, passion and useful insects

Neither of us fit our particular mould. I am a gardener, but I am quite the laziest, rule-breaking sort: if I can get away with letting nature get on with it so I can go dancing, then I do. I’ve given up digging, straight lines, lawns, weeds (I think of them more as compost ingredients), spraying and squishing. The thing I like about my garden most is eating it.

It’s true Steve is a commercial bee farmer, but his financial gains amount to a leaky roof, a tent so he can sleep next to his bees and the keys to many of London’s rooftops.

So yes, this is a book about gardening and it’s true that the honeybee crawls over every page, but this story is about more than beekeeping or how we fell in love with the bees’ sweet, sticky world.

It’s about the bigger picture, about all our forgotten insects, whether they are predator or prey, pollinator or pest. Of how they not only make our world run, but why you should care to take a closer look.

Over the seasons, our letters, emails, texts, recipes, notes and photos (Steve, in a former life was a travel photographer) explore each other’s world. We hope you’ll be swept along on our journey, with us helping out the pollinators and along the way picking up a wealth of advice, tips and ideas for growing food and keeping the pollinators well fed.

It’s about celebrating the great outdoors, even if that outdoors starts on a windowsill or rooftop.

It’s also a story about friendship and a passion for work that has meaning and respect for the world around it.

Why fund the book this way?

OK, so it’s not the obvious publishing route, we could have gone the traditional way, but it would have meant writing a book about garden craft, or a book about bees, but not midges, or a book about rules but as neither of us are particularly good at sticking to those, that didn’t seem like a good idea either. It all felt like a bit of a compromise and some ideas just don’t want to be boxed up like that. This is one of them.

We think it has wings and this seemed like the best way to see if that can happen. Why not let you, our community, decide? If you don’t like the idea, we’ll go back to garden craft and rule creating. But if you think otherwise, we’ll do everything we can to make it the best rule-breaking, wildlife, guerilla, urban gardening (with a little craft), insect-identifying, honey-tasting, wax-dripping, bee-keeping, recipe-including, beautifully photographed, epistolary how-to book you've ever seen. In short, we promise to try and make the world a sweeter, richer place to be.