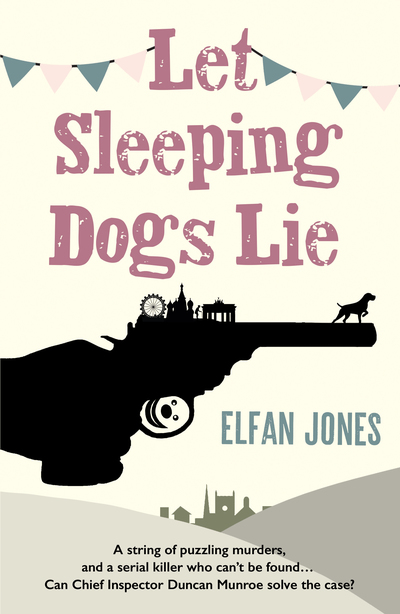 A story of crime and murder – but in the midst of the mayhem, true love may blossom, good could win out and there might even be a happily ever after.

This well-travelled tale begins its journey in Thames Ditton, a quiet leafy suburb of Kingston upon Thames in Surrey, but soon finds itself in Memphis Tennessee in the U.S.A. It moves back briefly to London, then to Maidenhead in Berkshire, on to Bath in Somerset, up to Malton in North Yorkshire, is transported over to Moscow, across to Berlin, before returning to Marlborough, an elegant market town in Wiltshire, and finally comes to rest in sleepy Bournemouth by the sea.

As the plot thickens mistakes and unfortunate coincidences cause confusion, and create a turf war between the Russian and American mafia with murderous results. The consequences are heart-breaking as innocent bystanders are drawn into the murky world of drugs and international crime. The police are baffled by the seemingly indiscriminate killings, and it appears that perfect murders are being perpetrated. Each murder, produces just a single clue which links them together suggesting that there is a serial killer, a psychopath, on the loose. The forces of the Metropolitan Police, the Thames Valley, Avon and Somerset, Wiltshire and North Yorkshire Constabularies, collaborate with the M.I.5, the drug squad, and Interpol in an effort to track down the culprit.

After several twists and turns, the saga nears its conclusion when the Wiltshire Constabulary believe they have a breakthrough, forcing the line of enquiry to change course. It seems that finally they are on the right track and have a definite suspect, but before they can act upon the new information there is a final twist to the plot which brings the investigation to a surprising and sudden end.

Although the story is one of crime and murder, it demonstrates that in the midst of the fear and mayhem, true love can blossom, goodness will overcome evil and that there really is a happily ever after.