The Secret Life of LEGO® Bricks

A celebration of the LEGO® brick, exclusively for fans

An update from Daniel Konstanski:

We have been deep in the thick of things the last several months!

I completed a full draft of The Secret Life of LEGO® Bricks at the end of July. Eleven chapters filled to the brim with fascinating, detailed insider information, plus an introduction and epilogue; all told, over 70,000 words.

Getting to that point began with transcribing the more-than sixty interviews I conducted; painstakingly generating a written version of every word exchanged and story shared. That process alone took several months, after which I had more than 600 pages and nearly 150,000 words of quotes. Next, all of that information had to be catalogued. I grouped together every story about a given subject – such as the first tiles, the invention of minifigures, or the development of BIONICLE and LEGO® Ninjago™. I sliced and diced every interview, pulling relevant information into new documents, this time sorted by topic. That took another month.

Then there was the selection of what would make it into the final text and which stories needed to be saved for another day. Finally, it was time to start actually writing, turning the stories and quotes into a manuscript with context, names, dates and all the other relevant information that brings to life the various tales from within the halls of the LEGO Group. After nearly a year of work, all the interviews, research, transcribing, cataloguing and writing came together into a complete manuscript.

However, despite achieving that milestone, there was no time to rest on our laurels; much more needed to be done. In fact, finishing the manuscript is in some ways only the beginning of the process. Next, everything must be checked. Each contributor reviewed the sections of the manuscript for which their interview served as a source. This ensured I had captured and communicated everything correctly.

The LEGO Group’s Corporate Historians also carefully reviewed each chapter, everyone making sure that no date or detail was wrong. This process often yielded more discoveries, which made the book even richer. A great example of this was when Signe, my friend and the main Corporate Historian helping me with research, shared the original LEGO® brick patent. It turns out that this document has its own ‘Secret Life’ which I can share with you now as a bit of a preview. The version of the LEGO brick patent that appears on t-shirts and wall prints isn’t the original; it’s the American version. The original is nearly ten times longer and contains some surprises of its own that are not widely known. But to say more here would only spoil one of the book’s many great stories…

All of this vetting yielded comments, requests for clarification and, in some cases, a need for circling back with sources to ensure that no inaccuracies made it into the final product. On top of that, once the LEGO Group signed off, outside licensing partners needed to also review portions that covered their products, adding another layer of verification and quality control.

Finally, there has been a forensic hunt for the best images to explain and show all the stories we are telling, which has been a huge process in itself. We have even commissioned a technical illustrator to create new artworks and diagrams for the book.

It has all taken time, but the end result will be a book far richer and more detailed than it was back when I finished the first draft in July. And we aren’t even quite finished yet so it’s only going to get better!

After working at the world's largest university press, which had peer review but no fact-checking, I'm happy to read that you've included that key step in the process. Good luck and can't wait for the final product.

When will there be informations about the prototype element?

I second what Marco said. I’m really looking forward to that prototype.

Can't wait to have this in my hands!

I'm still upset that the digital edition was only offered in a black & white version. This does a horrible disservice to the fan base.

This really is a wonderful update. Thank you!

However, I’m still quite upset at how the whole “prototype element” debacle was handled. It was very poorly executed and left me (and all the rest of the original backers) without one of those rare pieces. That put a massive damper on my excitement for this book and the project as a whole.

Thanks for the update and keep up your good work.

Thank you for the update! It sounds like you are making great progress. I look forward to the final book, but do appreciate the time & effort it takes to make it right & good, so happy to wait for you to finish it.

Elspeth - I am glad you were able to make that adjustment.
However, I think I may have misspoken. What I was referring to was that LEGO made that option available AFTER a large amount of people backed the project. I didn’t receive any sort of notification that it became available either. As soon as I figured out about its availability, I got to the website as soon as I could, but they were already gone.
That is why I am unhappy.

Many thanks to Daniel Konstanski for the extensive work and the interesting update.
It sounds like a lot of exciting and successful jobs.
I'm really looking forward to holding the finished book in my hands.
The “prototype” was never an option for me because I really wanted an edition signed by Daniel. And getting both was not possible.
But I was annoyed about this reward. The book was already funded over 100%. Many supporters would probably never have ordered the book without this prototype.
This artificially increased the edition and some of these books will later be sold on the secondary market.
That's why I was upset as an early supporter.
But now we want to look forward to an exciting, informative and probably unique LEGO book.

Thanks for the update, glad to see the amount of effort going into the book!

Agree with others in this thread that the prototype debacle was/is a huge disappointment. Was really hoping something would be done to address it.

Would it really be that difficult to increase the prototype count, say to 1000 vs 500 and give the first 500 supporters the option to purchase?

Not sure that increasing the number of prototypes to 1000 is fair to those of use that were willing to pay $135 when it was 500. I’m glad I got the book because it sounds like it will be awesome, but I definitely agreed to pay that much because it was coming with a custom fig and exclusive prototype. The reward wouldn’t be worth as much if they made twice as many. Will they refund half my money for making the reward half as exclusive.

Just wondering what the timeline looks like at the moment.

+1 for Marcel – If you limit something in quantity, stick to it. It affects the trustworthiness of the entire campaign. And for people that backed before the prototype reward was added, I was one of them and was able to upgrade easily.

Thanks very much for your feedback. We absolutely value all early supporters to our projects, we can’t make the books that we do without you.

As the initial rewards sold out so quickly, Unbound worked hard to create additional special rewards for those who missed out. These 500 prototypes are limited and will not be increased. We posted an update to let existing supporters know about any new rewards as soon as they were available and also added an FAQ to the page with instructions on how you could upgrade your existing pledge.

Unbound is a crowdfunding publisher that produces books for superfans that would not otherwise be made.

Keep your eyes peeled for more updates on the project coming soon!

Only 500 available.The LEGO Group is offering for the first time ever, a brand-new, specially 3D printed prototype element on which you can give your personal feedback. It comes with its own AFOL-themed minifigure.

Printed in Billund, Denmark, the element is yet to be finalized so it will be a surprise when you receive it, but we can tell you that this isn't something you will have seen before. The element will present a new integrated function as a part of our exploration of new design and play functions. It is the first time the LEGO Group is asking AFOLs and fans to give their thoughts on a specific element while the technology is being developed.

Limited to one per household. 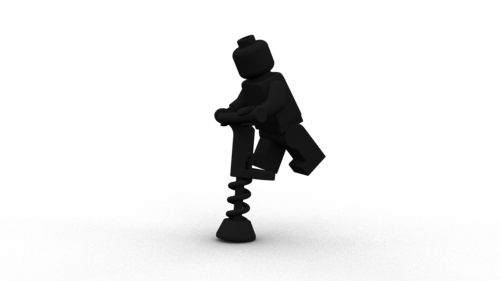 A Gift for a Friend

Give the gift of The Secret History of LEGO® Bricks to a friend or loved one.

They will receive the book when it is available in 2022, with their name in the back. Upon purchase, you will receive an email confirmation with a voucher to give to the gift recipient. 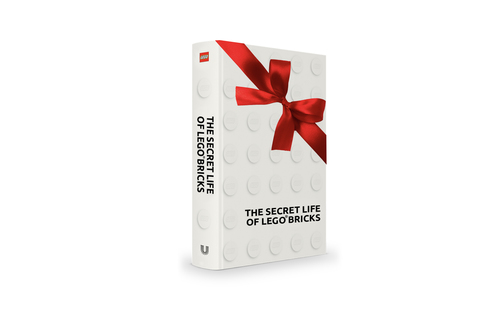