While researching 'Different Class' I learned about a football match played in the West Midlands that would surely be inconceivable today. At at time when racist abuse on the terraces was at its height a game took place at The Hawthorns, home of West Bromwich Albion in May 1979, that pitted a black XI against a white XI. It was played shortly after the general election that swept Margaret Thatcher into power, an election where the neo-fascist National Front, with over three hundred candidates, had called for the forced repatriation of blacks. As crass as it seems today the game was intended as a good will gesture and organised in part by Laurie Cunningham and Cyrille Regis as a testimonial for their team mate Len Cantello to mark the ten years he'd spent at Albion. The match worked as a publicity stunt, over 7,000 fans paid to watch it, and with referees and clubs routinely ignoring the racial abuse that was happening at games week in, week out, it may have been a simple attempt to address the problem head on when nobody else seemed capable of acting. After speaking to a couple of fans who were at the game and recalled it fondly, it reminded me of a partisan match we used to play every year at secondary school.

An 'Ireland' versus 'England' football match was held each year on St Patrick's Day. Played over morning, lunchtime and afternoon breaks the game involved all ages from second year up to fifth and was a free-for-all, if you touched the ball more than once you were doing well. Cardinal Wiseman a large Catholic secondary school in Greenford, west London was predominantly filled with second-generation Irish boys and girls in the 1970's and sited on a part of Greenford Road that included a primary school, church and social club,(to all intents and purposes the Irish centre), and a large corner pub on the opposite side of the road. At certain times after Mass, or on Saturday night, the adult voices you heard were all Irish. I would estimate that in these matches 'England' were outnumbered five to one by 'Ireland', such was the imbalance, and even Polish and West Indian boys chose to play for 'Ireland'. We were not particularly anti-English, far from it, most of us were fed up and frustrated when England failed to qualify for the World Cup in 1978, but the St. Patrick's Day game offered us the chance to turn the tables for a day and express a latent identity that we probably didn't realise existed before. Before 'Come on Eileen', the Pogues and Irish themed pubs were all the rage there wasn't much to identify with beyond your parents cultural references, so when you spotted people you admired on television or in the papers with surnames that you recognised such as John Lydon, Frank Stapleton and even members of The Boomtown Rats, it meant a lot.

I'm told the atmosphere at The Hawthorns that day was celebratory and an unusually multi-racial crowd were able to watch the Cunningham and Regis black XI win the game 3-2 without having to listen to monkey chants and jeering every time a player touched the ball. The 'Three Degrees' at West Bromwich Albion – Laurie Cunningham, Cyrille Regis and Brendon Batson - are rightly famous for their pioneering performances, but their less heralded team mates on that day who played for clubs like Hereford United and Sheffield United deserve recognition, they too made it happen for the black players that came after them. Below is a photograph and list of thirteen players who made up the team that day. 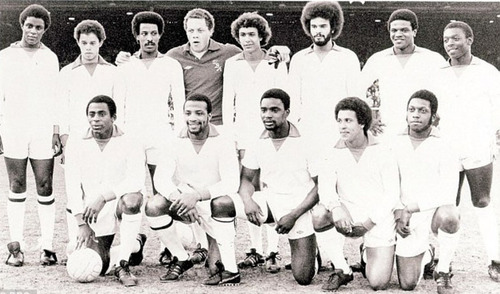 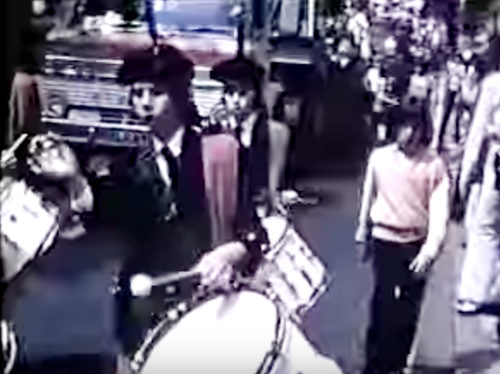 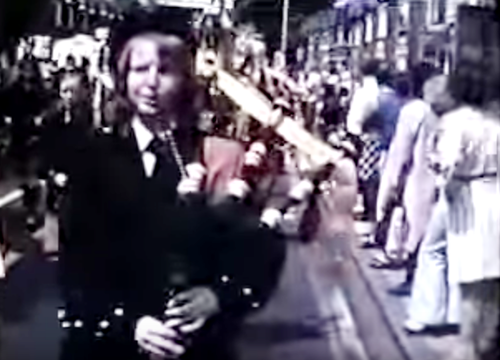